The two Belgian practices BOGDAN & VAN BROECK and BC Architects & Studies are currently designing a care centre for drug users in Brussels, which would provide this vulnerable group with a safe and welcoming environment accessible 24/7. Featuring temporary residencies and community spaces, the building neighbouring the city’s port functions as a contemporary version of an inn, bringing a domestic character to an underwise sterile institutional program. 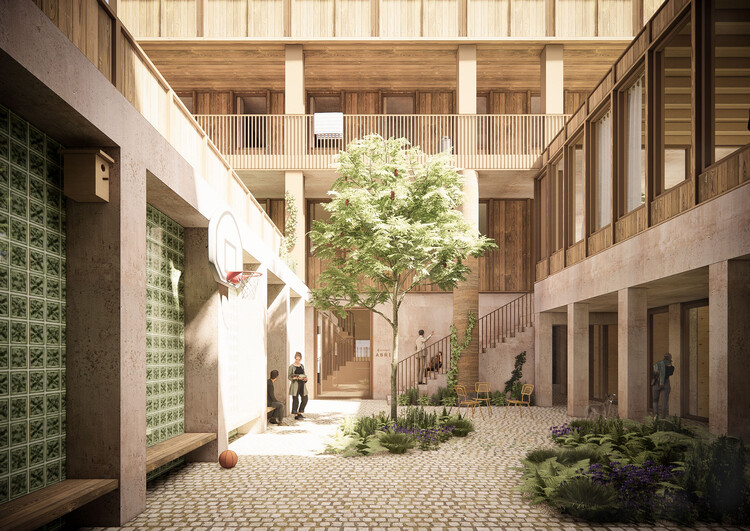 “Here, architecture becomes an instrument of social justice” is how the architects describe their design intent, materialized in a shelter that prioritizes community and well-being. The design comprises a series of autonomous yet interconnected volumes stemming from a common base featuring an entrance porch, a central garden and a loggia overlooking the neighbouring canal.In terms of construction and materiality, the project takes on a local circular design approach, accompanied by a series of sustainable design principles such as flexibility and biodiversity. In line with the European concept of ‘Baukultur”, the design also fosters social sustainability by building a dialogue with its context and creating a versatile and open ground floor space.

BOGDAN & VAN BROECK’s body of work illustrates a strong focus on the quality of life in urban environments, coupled with the transformation and densification of cities, as shown by projects such as The Cosmopolitan Building - the adaptive reuse of an office building into housing, or COOP, the reconversion of an old mill into an entrepreneurial incubator.BC shares the preoccupation for inclusive design within a hybrid practice that works towards creating a systemic change within the construction sector. BC comprises BC architects, BC studies and BC materials which engage with a variety of architectural aspects producing low-tech, regional and circular design. Some of their projects include the Library of Muyinga in Burundi, the Bio-climatic Preschool in Morocco or the Regional House Edeghem in Belgium. 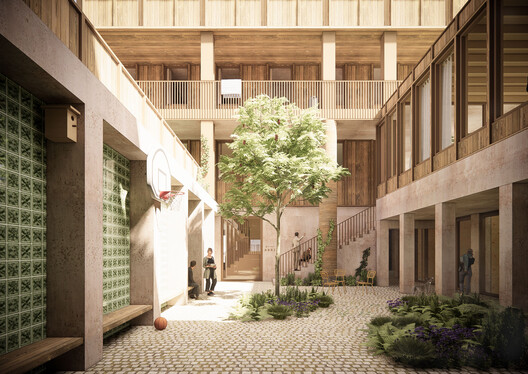