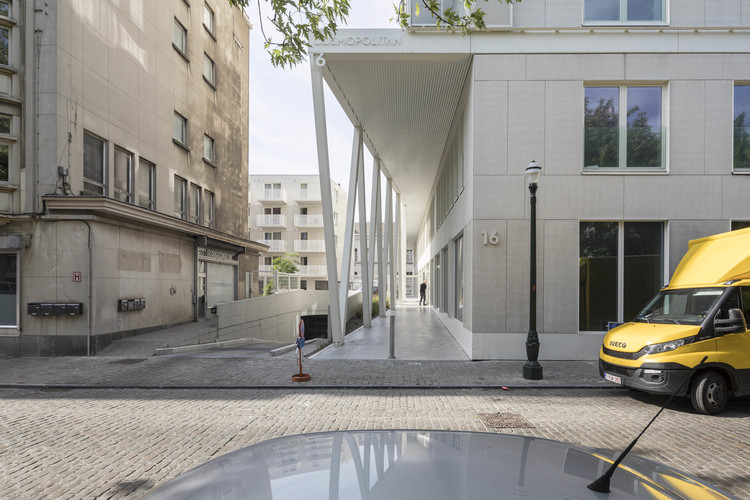 Text description provided by the architects. At the Quai aux Pierres de Taille, a former quay of the no longer existing harbour of Brussels, surrounded by old warehouses and next to the Royal Flemish Theatre, a 60’s office tower rises above its neighbours. The style and scale of the construction contrast with the local urban fabric, but thanks to its perpendicular implantation to the street the tower remains discreet and often unnoticed. The project profoundly transformed this building into a mixed-use complex comprising 130 units divided in a variety of dwellings ranging from compact smart studios to generous 3 bedrooms apartments.

A drastic reduction in the number of parking spaces made it possible to clear the surroundings in order to offer a new visual and physical porosity through the block. In this urban context, delicate plants combined with large trees were planted as well as a tree in the underground car park that emerges via an opening in the upper deck.

The linearity of the existing volume and the porosity of the site were reinforced by the creation of double-high V-shaped colonnades running along the ground floor and defining sheltered pedestrian circulation leading to the building's main entrance. Above these colonnades, a lightweight white scaffold-like steel structure supports generous balconies. Movable perforated screens elegantly provide shading from the sun as well as protection from the wind. In the South-East corner of the site, a mid-rise housing block with 26 units was added continuing the street facade of Rue du Canal.

The project restores and reinforces the existing qualities of the site, it increases the number of housing units promoting a quality urban density in the heart of a mixed neighbourhood while encouraging soft mobility. 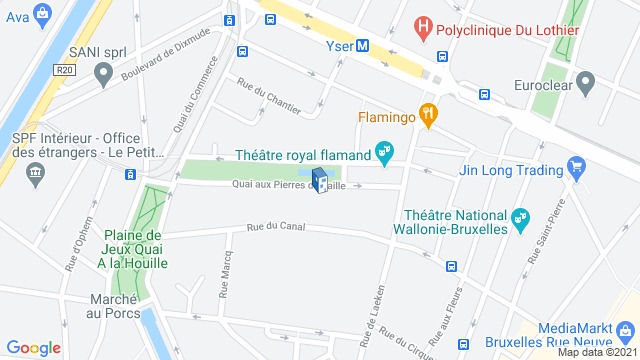 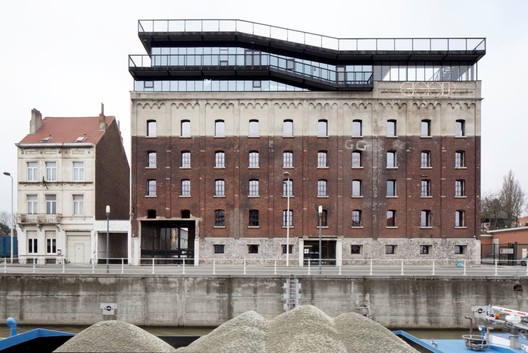 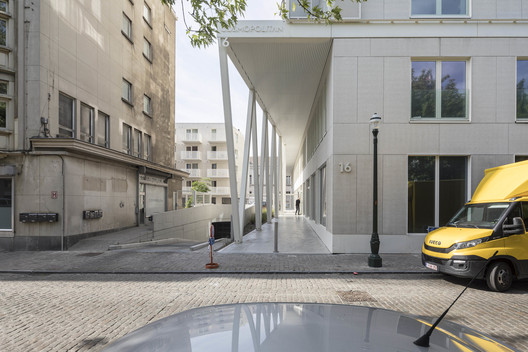