Barcelona-based Miralles Tagliabue - EMBT under the direction of Benedetta Tagliabue, has completed its construction of the Centro Direzionale di Napoli train station and subway, an underground central station that combines the city's natural volcanic geography with the site's 1970's-built master plan designed by Kenzo Tange. The design focuses on art, architecture, and archaeology, also known as the "Triple A", giving the site a highly recognizable identity that contrasts its surroundings and historical context. 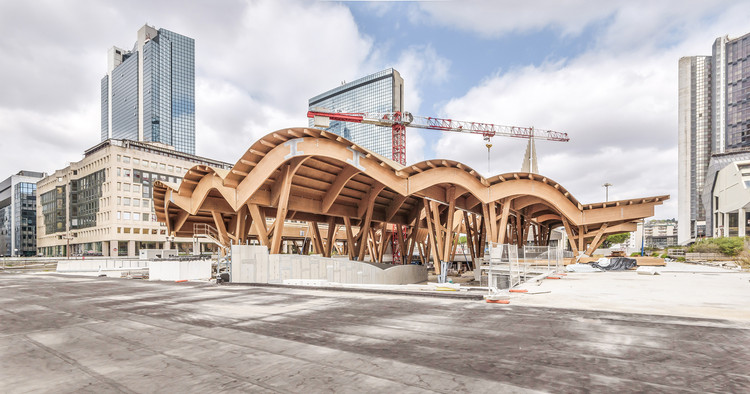 Back in 2004, the city of Naples commissioned international architects to design a new train station for the city's metropolitan line. The list of architects included Alvaro Siza, Karim Rashid, Domenique Perault, and Sir Norman Foster, among others. However, EMBT's proposal was selected to design the new station.

The new station is part of ongoing improvements to the city's infrastructure. The project's complex topography and massive roof structure offers pedestrians different levels of public spaces that "allow a physical reception of the city's present and past and charts the topographical movements and dynamics of the local population". The architects used the site's pre-existing concrete structures but introduced wooden elements and vault-like canopies on top, creating a new organic piazza.

The firm participated in the 17th International Venice Architecture Biennale with an installation detailing the design thinking behind Plateau Central Masterplan at Clichy-Montfermeil, Paris. Living within a Market - Outside space is also Home showcased a series of models, drawings, prototypes and collages which illustrate the principles of community building and social integration that underline the project. The firm has also won the international competition to design the Shenzhen Conservatory of Music, one of the city's 10 new era cultural buildings. The winning proposal is characterized by the dialogue generated with its surroundings, integrating music and art in nature with a proposal of organic and sustainable architecture. 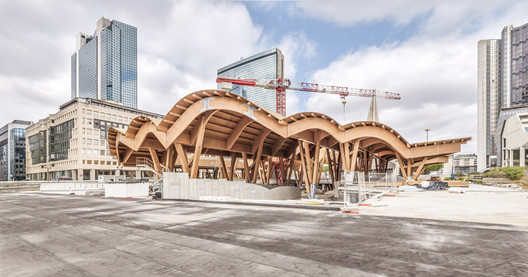