Formerly known as the Bibliotheque du Roi, the Richelieu site of the National Library of France near the Palais-Royal has finally completed construction after almost 10 years of renovations. The transformation of the 300-year-old site included facade restorations, installation of an interior garden, and facilities maintenances, promoting innovation, modernity, and openness to a wider public. The project, which is both a library and a museum, will continue to house a massive campus for the history of the arts and heritage, and provide visitors with a place for walking, discovery, and exchange. The site is expected to be open to the public in summer of 2022. 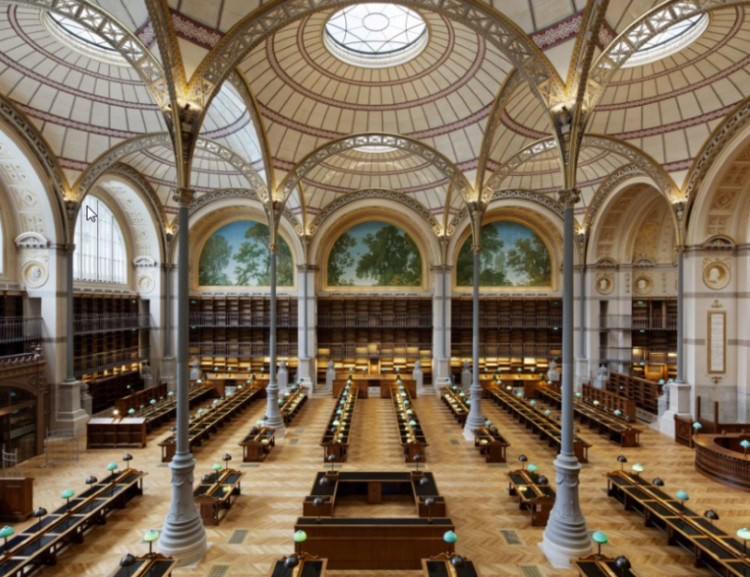 The work done on the library is considered as one of the major projects led by France's Ministry of Culture and Communication with the support of the Ministry of National Education, Higher Education and Research. The architects in charge of the renovation were Atelier Bruno Gaudin, along with EGIS, CASSO, and 8’18.

Visitors are able to access the library on a route from the Louvre to the Opera, near the Palais-Royal and the Comédie Française. Its two entrances on rue Vivienne and rue de Richelieu will become a focal point in the city, inviting passersby to discover an exceptional heritage in the heart of Paris. The Richelieu site will offer the public completely redesigned spaces including a new museum with a route that will tell the story of antiquity to the present day in a manner that is both chronological and thematic.

The monumental structure has been refurbished to preserve its historic collections and maintain international standards of safety and accessibility. After the renovation, more than 20 million documents have been conserved in the new library. 30,000 m² of the building's total 58,000 m² have been renovated over the course of 10 years. The first phase of the work, which took place from 2011 - 2016 included renovations on the half of the building located along the Rue de Richelieu,  which include exhibition spaces, bookstore, a café, educational spaces, and commercial stores. From 2017 to 2021, renovation work was done on the half of the building that is located along Rue Vivienne, which include the Mazarine gallery, the oval room, the King's Cabinet, the Vivienne garden, and the museum.

In 2011, photographer Franck Bohbot shared with ArchDaily photographs of the National Library with a completely empty interior, ahead of the renovation. 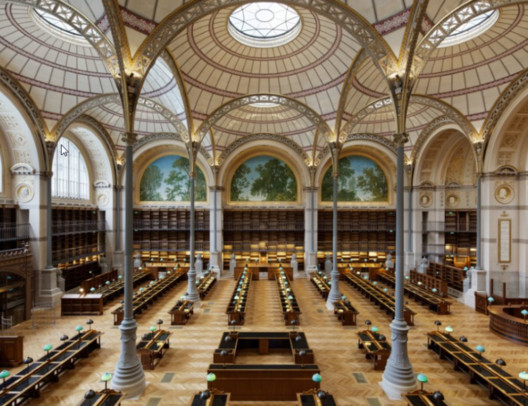