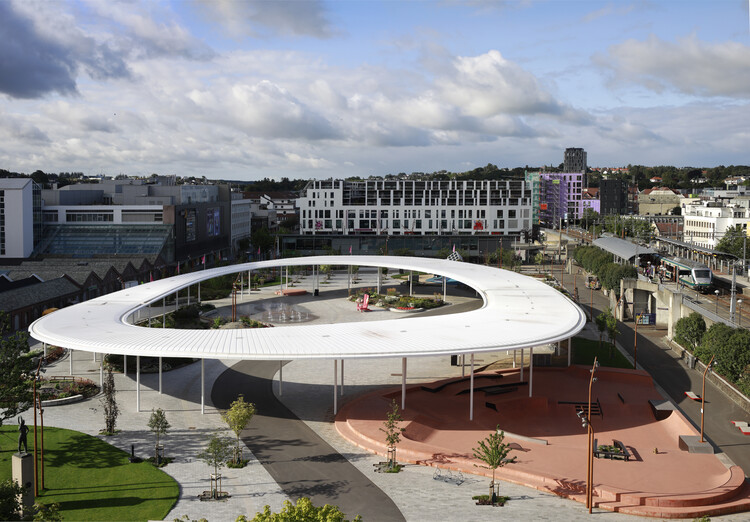 Text description provided by the architects. A street battle is over. Hard infrastructure turned soft – from central parking to central park. Sandwiched between two contexts of the (car-based) oil host city of Sandnes, Ruten park is framed by the elevated train tracks and a large shopping mall. The former parking lot provided a central and generous open space protected only by its capacity of cars. RUTEN has remained a buffer in the urban development in anticipation of something bigger - as the Central Park in New York was built before the Manhattan grid was condensed around it.

A paradigm shift since the competition win in 2012, removing all car parking and cross-traffic - has been heavily pushed through by a 9-year process of locally implemented research, diplomacy and activism by the architects.

Sandnes’ historic center remains a small-scaled urban fabric. The new district by the waterfront has a distinctly different dimension - scaled up to the old post-industrial structures on site. By overlapping the two adjacent contexts, the new RUTEN is adapted to both. Referencing the adjacent historic city, a 6x6meter grid of trees, columns and lampposts is extended onto the site.

The Ring reflects the large scale of the fast-growing city on the waterfront. Together, these layers reestablish RUTEN as a natural center and pivoting point of Sandnes´ future-looking city with strong roots and proud local history. As an iconic landmark, The RING provides new identity and new connections, creating a new public space below and within the light unifying roof. As an urban umbrella the floating, undulating structure 5-6 meters above the ground celebrates all weather conditions and invites for expanded use on the local average of 228 annual rainy days.

The lighting plan is integrated into the 60 steel columns of the Ring, enhancing its lightness, (110 LED bulbs of 1000 lumen) with uplights and dedicated downlights defining zones for specific usages, like the playground, stage, waterfall, and the skating park.

Our strategy has been to combine a large urban park, for coming population growth and for the big occasions and a grid of possibilities - a smaller subdivision of dedicated spaces with intimacy and diversity of activities.

The urban park balances all occasions; Intimate _ Open, Specific_ Flexible, Small scale, large scale.
It allows for the representative and planned, as well as encourages the spontaneous, informal and unexpected. 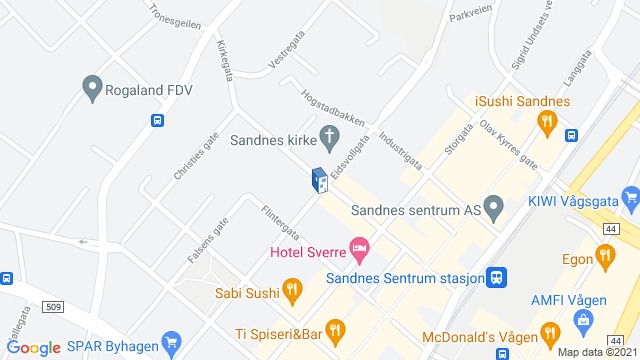 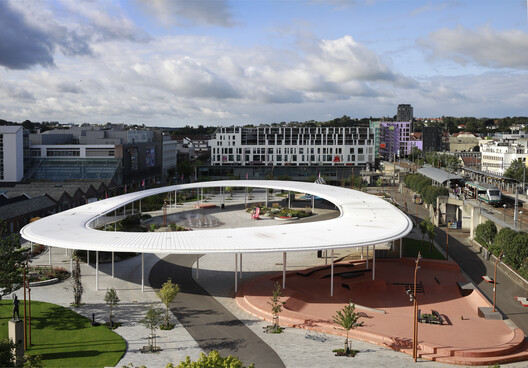