Save
A Display of Ideas and Visions: The Temporary Architecture of Biennales, Festivals and World Expos
Share
Or
Copy

Architectural events like biennales, urban festivals or the World Expo provide a framework for research and experimentation, allowing architects to showcase their visions on an international stage, with the aim of advancing the practice and driving innovation. World Expos, in particular, allow for these lines of inquiry to unfold at an architectural scale rather than that of an installation. Within these platforms for discourse and knowledge exchange, temporary architecture becomes a medium for communicating ideas about architecture and the city, its challenges and possible lines of development. 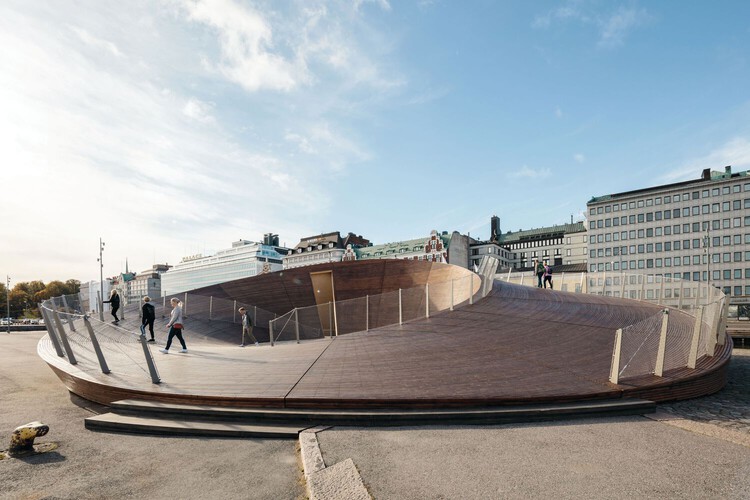 During its four decades of existence, the Venice Architecture Biennale has established itself as one of the most important architectural events. From Portoghesi's La presenza del passato and its Strada Novissima, to Fuksas' Less Aesthetics, More Ethics, or Aravena's Reporting from the Front, the biennale themes created opportunities for complex and diverse architectural narratives. However, before the emergence of architecture biennales, World Expos and International Exhibitions were the playing fields for architectural culture. World Expos draw from more than 150 years of history, and some of the projects created for the Universal Exposition have proven pivotal for the development of architecture, starting with Joseph Paxton's Chrystal Palace in 1851, Mies van der Rohe's Barcelona Pavilion in 1929, and continuing with Buckminster Fuller's geodesic dome for the US pavilion in 1967 or Moshe Safdie's Habitat 67.

There are now at least 35 architecture biennials and triennials worldwide, and many more architecture festivals or exhibitions which take on a variety of formats and focuses, as well as the World Expo, held every five years. While many architectural biennales are more in-ward looking, the World Expo is a highly inclusive platform by tradition. Although they are different in scope, these recurring events are a living record of the architectural preoccupations of the moment, a barometer for the profession's state and its challenges. They all take on temporary architecture as a display and communication tool as a way to convey research.

The relevance of biennales has been called into question, as was the sustainability aspect of similar events. The amount of effort put into them, the level of consumption or waste is rightfully viewed as the expression of an economic model of endless growth whose validity seems now debatable. The pandemic has exacerbated this line of criticism, with the media deeming the effort somewhat superfluous given the seriousness of the world context. However, some festivals are taking steps to propose more sustainable formats, and architects are following suit with proposals that enable disassembly and reuse, as is the case with this year's Japan Pavilion for the Venice Biennale, some of the interventions at the Chicago Biennial, or this year's Concentrico.

Events such as biennales and world expos illustrate an array of trajectories for architecture and urban environments, serving as are incubators for ideas that promise to advance knowledge in the field. Since, in many cases, contributions are chosen either through a competition model or a curation process, these events open up opportunities for emerging practices to showcase their views on architecture and cities on a global stage. Moreover, the succession of curators in biennales allows for diverse perspectives and participation.

At the same time, it is an opportunity to enact architectural lines of inquiry that wouldn't otherwise find an expression in everyday architecture. International exposure, especially in the age of digital media, helps disseminate ideas fast and broadly, inspiring the architectural community and concepts at the fringes of architectural discourse have the opportunity to gain public traction. On these lines, it would be interesting to see whether or not and how the proposition advanced by this year's Golden Lion recipient, UAE'S Wetland, will find its way into mainstream architecture. Ephemeral architecture within this kind of events is freed from the constraints of program and the imperatives of everyday construction. Its limited lifespan makes it the perfect testing ground for both fully-fledged ideas and concepts in development.