UK’s contribution to Expo 2020 Dubai is a wooden sculptural structure that celebrates cultural diversity and collaboration, highlighting Britain as a meeting place of cultures and ideas. Created by artist and designer Es Devlin, the Poem Pavilion uses advanced machine learning algorithms to transform the input of visitors into collective poems. The latter can be read in illuminating displays on the façade, transforming the pavilion into the exhibit itself. 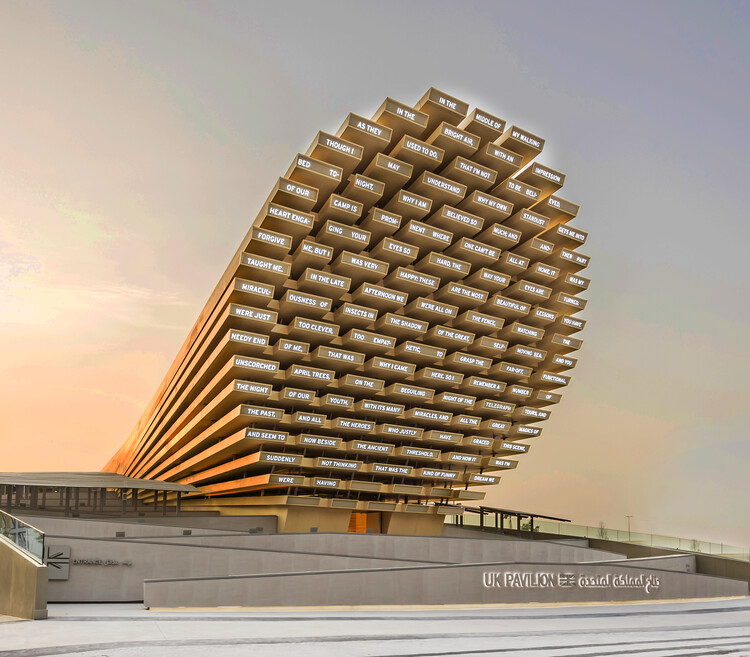 At the Poem Pavilion, visitors are invited to donate a word at the “mouthpiece” upon entering the central space, which showcases these contributions in English and Arabic, accompanied by a choral soundscape. An algorithm compiles the donated words into texts, generating a collective poem every minute. The machine learning model was initially trained on internet texts and was adapted to the project through a diverse selection of over five thousand poems carefully curated by a team of poetry curators.

Known for the large-scale installations that merge music, language and light, artist and designer Es Devlin first explored the idea of machine-generated poetry in 2016 with the Poem Portraits project at the Serpentine GALLERY, in response to the idea of proposing a social sculpture.

“Algorithms are among us, they are an ever-growing part of our culture, their output is based on what they are trained on and who trains them. The pavilion is at once an expression of the ideal of a culturally diverse Britain that I grew up with, tempered with our growing awareness of the part algorithms play in shaping the future of our culture.”- Es Devlin.

Located in the “Opportunity” district, the UK pavilion was developed together with structural engineers Atelier One, environmental design consultants Atelier Ten, executive architects Veretec and creative agency Avantgarde. The structure is made of cross-laminated timber with wood sourced from sustainably managed Italian and Austrian forests. The creation of the pavilion itself demonstrates multiculturalism, with the LED elements designed in Belgium and produced in China and the algorithm developed in California. 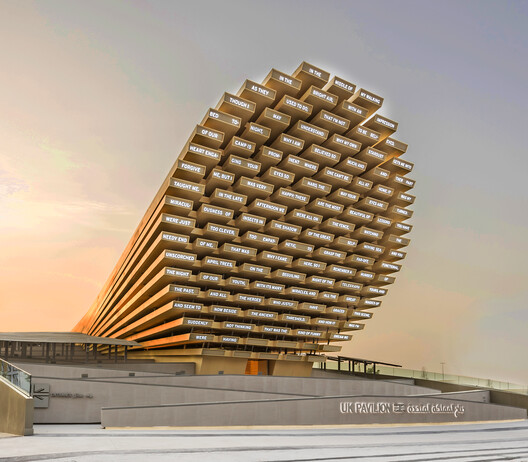