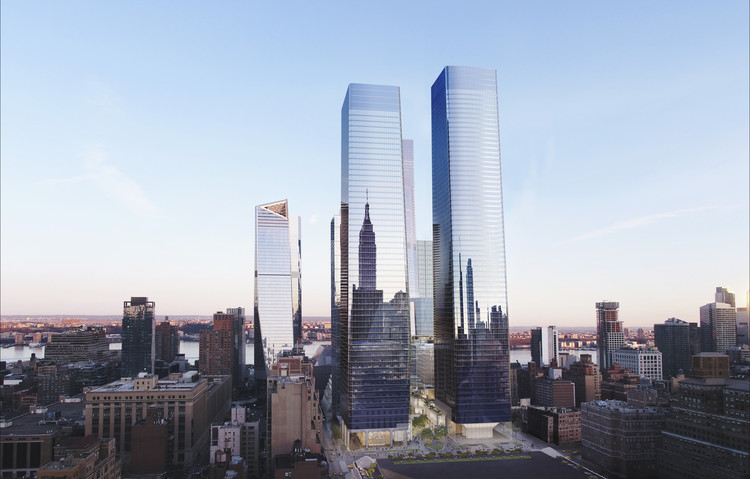 The project was first conceived in the 1990s and covers seven million square feet of retail, office, residential, and hospitality facilities in six buildings, three of which were designed by SOM. The buildings are organized around vast public spaces with seating areas and greenery for residents, visitors, and employees. Its "urban corridors" begin at Penn Station and run all the way west towards the Hudson River.

One and Two Manhattan West, two office towers designed and engineered by SOM stand as an entry into the site. SOM's other creations in the urban area, the East End Gateway on Seventh Avenue, the transformation of the James A. Farley Post Office into Moynihan Train Hall, and the design of 35 Hudson Yards mark a series of milestones to transform the Far West Side and instill a new vibrant and community-centered district.

The buildings are clad in two-million-square-foot high-performance glass, reflecting their surroundings while subtly ornamenting the skyline. The lobbies on the ground floor are surrounded with glass to integrate with the surrounding public plazas. Along with the office tower, the architecture and engineering firm have designed the 23-story Pendry and the 62-story Eugene luxury residential towers, each characterized by an undulating convex glass curves and granite facades. The Lofts, Five Manhattan West, the Eugene, and the Pendry Hotel are now fully open to the public. One Manhattan West was completed and open in 2019, while construction on Two Manhattan West is expected to conclude in 2023.

The architecture firm has recently collaborated with University of Michigan Taubman College to create the SPLAM [SPatial LAMinated timber], a robotically-fabricated timber pavilion for the 2021 Chicago Architecture Biennial. The pavilion employs prefabricated framing panels manufactured using robotic technology, and will serve as an open-air education facility and gathering space for a school in Chicago. The pavilion was inaugurated on September 17, with the opening of the Chicago Biennial, and will remain on display until December 18th. 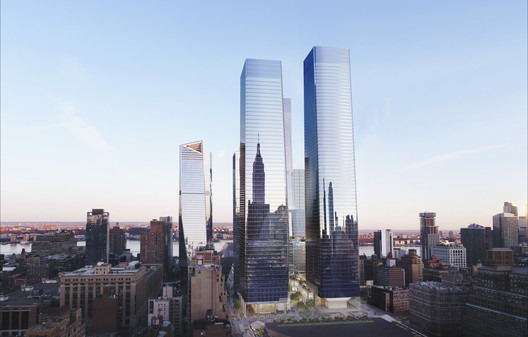