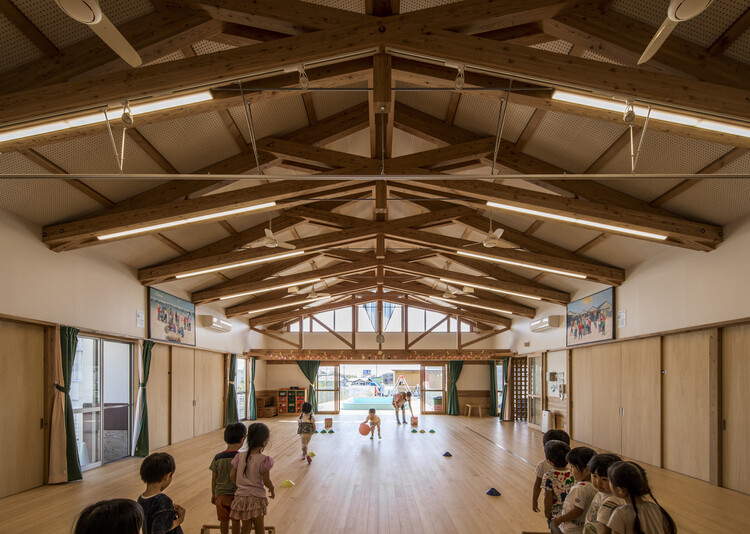 Text description provided by the architects. The Children’s House of Satoyama. The site is located halfway up the gently sloping hill that faces the sea in the distance. The surroundings consist of residential houses that were built long ago. We sought to build a house on Satoyama so that the children would be embraced by the mountains.

The new child center will be arranged in an L-shape encompassing the southeast of the playground (part of the existing kindergarten). The main office, the entrance, and the classroom for children ages 0 to 2 are located on the west side and the playroom and classroom for 3 to 5 year-olds are located on the north side. Each nursery room was given its own roof to make it seem like a village of Satoyama.

The house of the younger children on the west side has a square roof, the house of the older children has a gabled roof with north to the south-oriented ridge, and an annex was built to connect the two. In front of the nursery, rooms run a hallway and open veranda, each 1.8 m wide, beyond which plenty of eaves space was provided. Like the farming families in the past, when children commuted to kindergarten they also came in and out from the veranda to play on the playground.

While it is a wooden structure, the earthquake-resistant elements are distributed and arranged similar to a reinforced concrete structure. Because of this, the brace and walls were left out of the portion of the annex facing the playground so as to create the appearance of a private house in Satoyama. 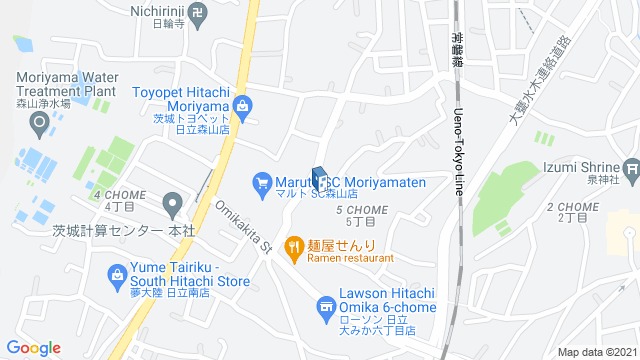 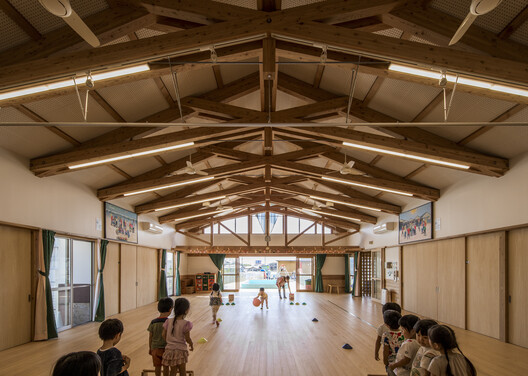