Stefano Boeri Architetti combined the concept of "Vertical Forest" and "Farm of agricultural industry" in its newly-unveiled urban vertical farm titled "Urban Vertical Farm of Brightfood". The project explored a new way of urban production in metropolitan areas by combining greenery, food production, and visual aesthetics in a 110,000 square-meter structure. In addition to its ecological features, the new urban agricultural complex offers commercial and office spaces in the vibrant city of Shanghai. 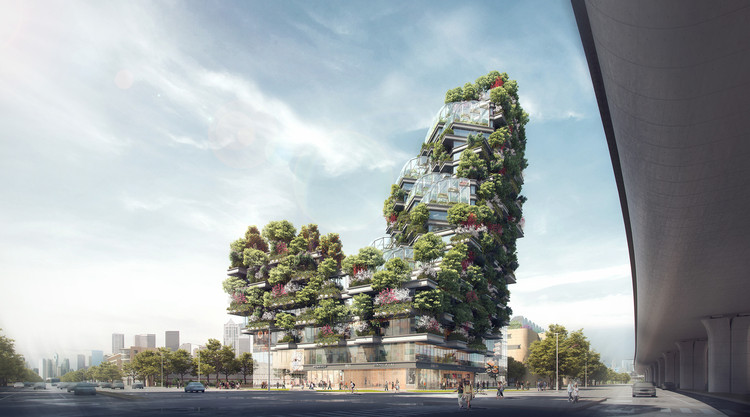 The project comes as a response to the crises people have been experiencing during the past previous years as a result of the spread of urbanization, which include the reduction of production land area and the destruction of living spaces for animals and plants. Based on these problematics, the architecture firm explored a new way of urban production and life, proposing a solution that meets the demand for food in the world's metropolitan areas.

The structure is set to be an "anti-expansion measure" aimed at controlling urban expansion. The vegetation on the balconies will mainly include fruits and vegetables, grown on a specially designed 45-degree southward retreat that intersects with the structural column network and the outer contour of the building.

On Salone del Mobile 2021, the Democratization of Design and Environmental Qualities: In Conversation with Stefano Boeri

Shanghai's climate conditions and seasonal variation of crops forced the architects to design 12 greenhouses on terraces to ensure the healthy growth of the vegetation. The greenhouses will be made of ETFE membrane material, a light weight, durable, transparent, and fully recyclable material. For more security and privacy, bushes and small trees are planted on the northern facade of the building, presenting the traditional Vertical Forest.

During the 2021 Milan Design Week, ArchDaily had the chance to speak with Stefano Boeri, the curator of the Salone del Mobile, to discuss this very special edition, the relationship between the city of Milano and Salone, the democratization of design as well as the environmental quality in his projects around the world. 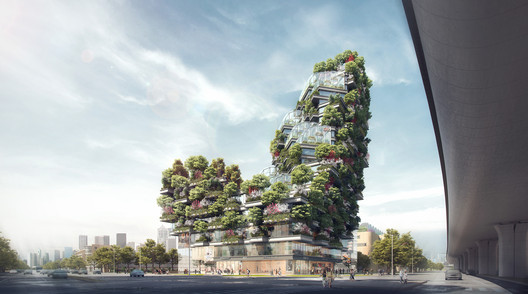