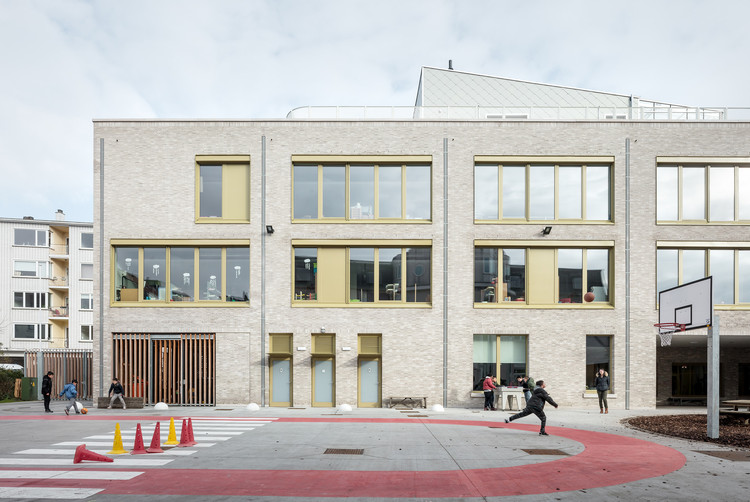 Text description provided by the architects. Originally, the school was a mashup between rather invisible outbuildings and supplementary wings resulting in a labyrinth of rooms, some even without daylight. The new organization on-site will only keep the main building central on the plot. With this design, we thrive for an open and communicative unity connecting both the site itself as well as the direct urban surroundings.

The new building compliments and even enhances the relationship with neighbouring buildings in both colour and height. The balance will be restored by keeping a distance from the original building and changing its form. Thanks to a meticulous composition, the neighbouring villa at the right will keep its sunny character. The school itself has a special program, directed in the function of the children, who come from far outside the city to receive specific education based on their needs. For the children, urban stimuli are kept to a minimum they have their own playground in between buildings. The new building is folded around the school like a protective wall.

A facade that dialogues with the 'white facades' across the street in nuanced masonry detailing. At street level, we open the doors of the school to the neighbourhood, a bench integrated into the entrance ramp, a wood-clad cut-out as a welcome gesture. It is here that the school literally opens up to the neighbourhood after school hours. Within the limited space on the site, we gave the new building the smallest possible footprint to maximize outdoor space. The roof has been made accessible and serves as an outdoor classroom, with greenhouse and vegetable garden boxes. The cafeteria, the multifunctional room, the entrance and the front desk are adjacent to the street and can be easily accessed and used by neighbouring clubs for extracurricular activities.

The big windows work both ways: they give an inside look into the school while also giving an outside look for the students. The ground floor also includes a school kitchen, restrooms, and meeting facilities. The corridors on the first and second floors overlooking the street will be set up as supporting spaces for health care, mental and speech therapy. The corridors overlooking the playground, far away from the street noise, will be equipped with standard classrooms. The old utility lines have, therefore, been fixed and relocated to the new block. Regarding material choices, we have opted for a high utility value while keeping our ecological footprint and tax low.

The city of Ghent made it one of its focal points to make all city schools, certified passive schools and this is one of them. Insulated according to passive-house standards, this building only needs a small heating unit on gas for heating requirements when it’s too cold to count on solar heat gains. In summer, early fall and late spring passive solar shading prevent overheating.

We chose brick as the most visible facade material, wrapped around a concrete skeleton for the building next to the street. Where possible and where the façade comes in contact with the people using it, we used wood as a softer tactile experience around entrances and for windows and doors inside and out. All wood used here is FSC or PEFC certified. The structure between the old and new building is a wooden structure of columns and beams The LVL beams extend outwards carrying a metal sheet providing a covered pathway connecting old and new. 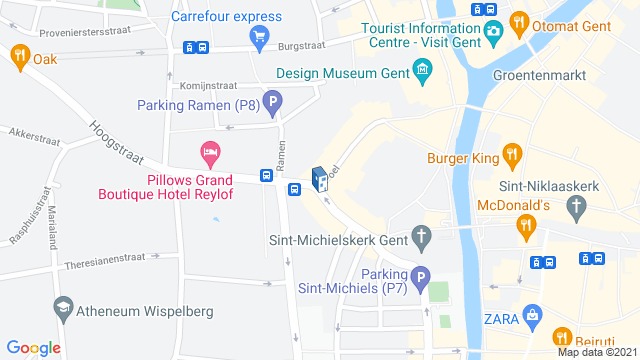 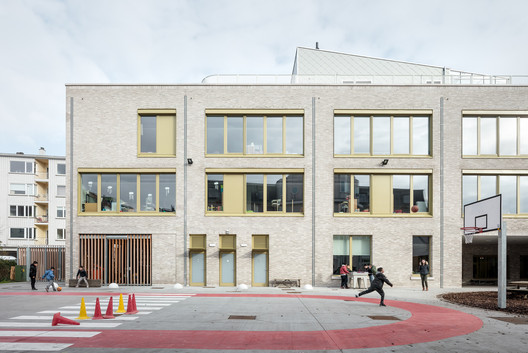