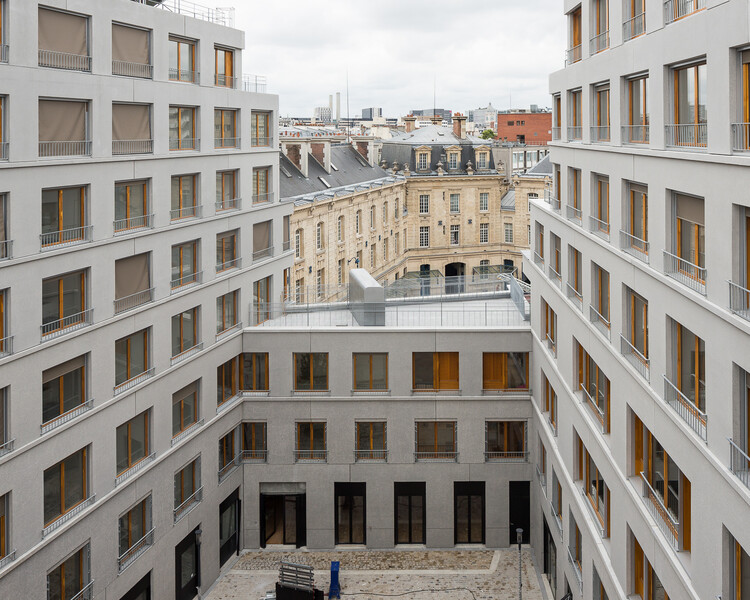 Text description provided by the architects. The redevelopment of the Reuilly barracks is currently one of the major building sites in the French capital. This ambitious project, in the heart of the 12th arrondissement, entails the rehabilitation of a former military barracks whose foundations date back to the 17th century. It involves the construction of 600 social housing units, a public garden, crèche, premises for commercial and associative activities, and artists’ studios. The transformation of this ensemble of buildings has been entrusted to six European architectural and urban design practices.

The allocated section requires the construction of new buildings that interact with the historic structures. The proposed project comprises three volumes incorporating 79 dwellings, a crèche with places for 66 children, a public car park, and commercial premises.

The architecture proposed in the implemented concept is in direct response to the existing context, thus creating a coherent whole. Yet the proposed construction system leaves absolutely no room for ambiguity as to the contemporaneity of the project. The latter contributes to and connects with the built street frontage on the Haussmannian boulevard, and more precisely with the fire station on Boulevard Diderot.

One of the issues of this project is to give new meaning to the empty space left between the fire station, the Reuilly barracks, and the SNI Group’s housing. The proposed structure aims to reconcile the various geometries by integrating them, thus clearly redefining the boulevard. The resulting three volumes form a complex architectural structure that is deliberately not standardized, being characterized by successive indentations and terraces. The creation of a square between the buildings makes it possible to develop living spaces conducive to social exchange. The roof of the lower volume acts as a playground for the crèche it accommodates. This sheltered living space is structured around a central patio flooded with natural light that is perfect for children’s games. 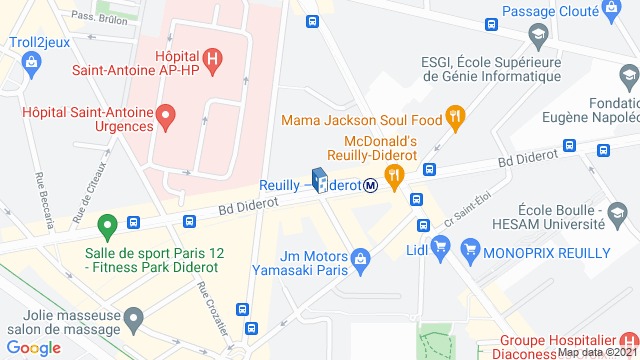 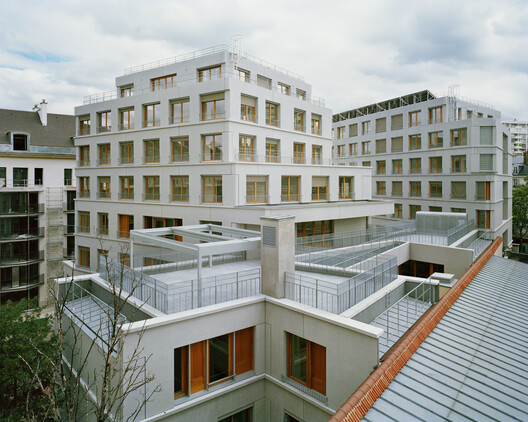 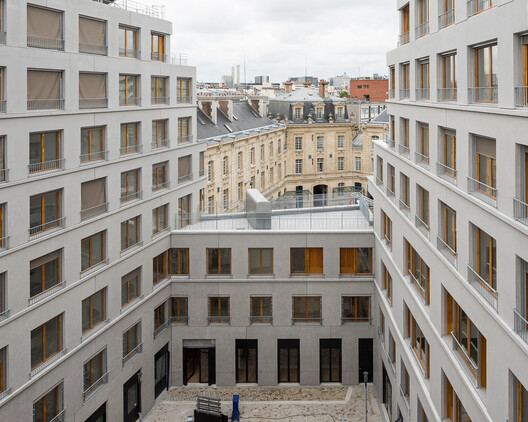