A building stands out along the maritime walkway in Palma, Mallorca's capital. Designed by José Ferragut Pou and completed in 1960, the building was a poster child for the modern architectural movement sweeping the globe at that time. Today, like many of its brethren, it stands in abandoned  disrepair.

Lluís Bort is the Spanish architect and photographer behind "Empty Architecture," a photographic compilation of abandoned buildings from throughout the island of Mallorca, Spain.

While many of these buildings were designed and built to fulfill a wide range of purposes, over time, they fell into obsolescence and disrepair; however, this doesn't mean that they serve no purpose. With some dedicated rehabilitation, they could be revived and bring new life to their surrounding communities.

The city's governing body could take on these revitalization project with the help of  FEDER funds, an organization that provides financial support for structural development throughout Europe. Working under a Plan Director, strategies could be made to revitalize the spaces within every building.

Returning to Bort's photographic compilation, the work features a variety of building types, including an abandoned hospital,  a Mallorcan textile factory that bolstered the island's economy during the Spanish civil war after Franco's troops bombed the industrial center of Barcelona, and one of the largest wine vaults on the island that closed down in the 90s after 4 expansions.

Bort started this project in 2019 and since then, many of the building featured have started undergoing revitalization projects, allowing them to retake their place in the island's cultural and architectural register. 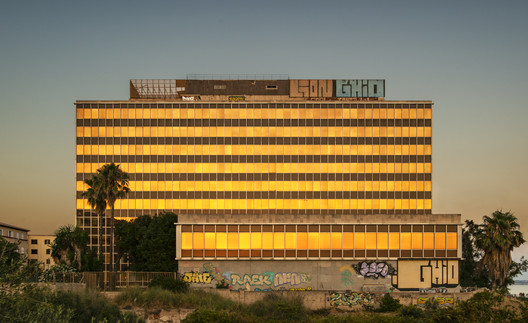