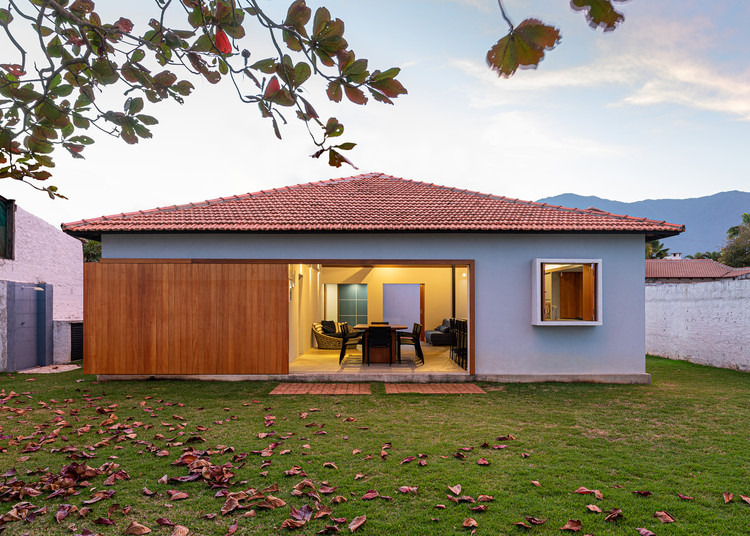 Text description provided by the architects. The existing house was built in the 60s, one of the first houses in the neighborhood, when the Getuba farm was divided into lots for the agricultural cooperative of Cotia, bringing a large number of Japanese to the region.

During this period, writer Hilda Hilst acquired the house and named it CASA DA LUA (Moon House), in addition to her other property in Campinas, which the poet called CASA DO SOL (Sun House) and today houses the Hilda Hilst Institute.

The atmosphere of tranquility and refuge served as inspiration for Hilda until the end of the 70s, when the current owner acquired the house that looked more like mimesis of the “BANDEIRISTA HOUSE” located on the sands of the São Paulo coast. In adapted proportions, the original house simulated the idea of ​​eighteenth-century buildings that were built on the São Paulo plateau.

As the land is quite extensive, the project considered a central courtyard, more private with natural brick flooring and wide openings that blend the interior with the exterior.

In front of the house, there is the beach with an extensive lawn and a sun hat that shades part of this area.

At the back of the land, there is a large space with a concrete slab floor and 3 trees that form a very pleasant area and can accommodate some cars. 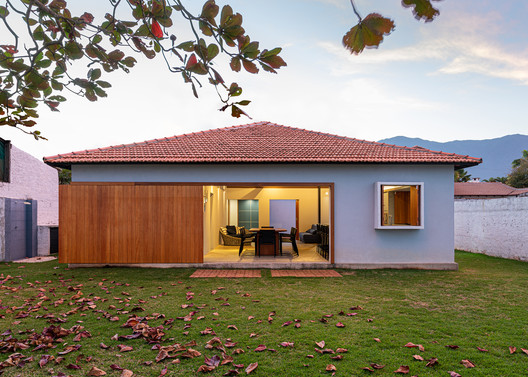