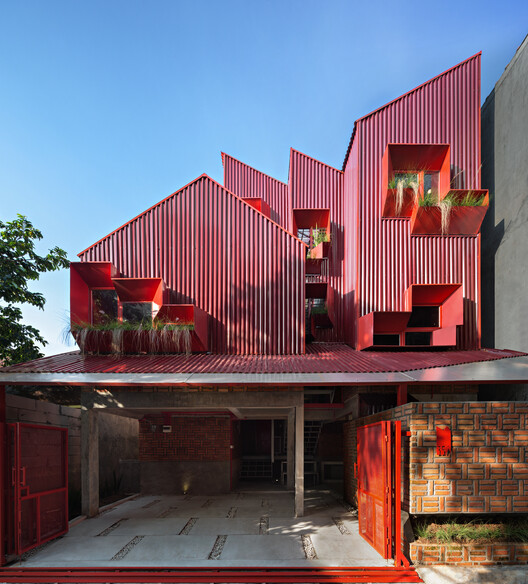 Issue and Main idea - After we found out that the site has such a small area, located in crowded urban space and will be used for commercial building. We are doubt, is the common typology dorm by using single or double loaded concept are the best design for land effectiveness in our project?

We did a study to compare the general double-loaded corridor concept with our concept and the result showed that the common concept is not more effective than what we offer.

Taking over the corridor area that used to be human circulation for the unit area is our first idea. This idea makes the stair become the only one horizontal and also vertical circulation between every unit. Also, the stairs could be a social space for the residents. So, with the exact same total of units, the concept we offer giving more less floor space area than the common double-loaded concept. It proves that our concept is more effective for land effectiveness. This circulation system becomes another architecture statement than the other dormitory design typology. To make this statement stronger, we used red colour for the façade. It is because red is the most intense colour and its wavelength are 630 – 760 nm, that making red colour instantly grab people’s eyes.

Massing & Passive Design Strategies - The function and location which is a multi-dwelling between residential areas become the idea for ​​the building form, we want this building imaging a cumulative stacked house. We implement this image through the stacked mass formed by the main circulation, this implementation formed a split-level space. Then, the fragmented sloping roof that follows each unit’s grid below makes the image stronger. The space under those roofs will be used as a mezzanine to expand the unit’s room in the future.

At the same time, stacked masses with fragmented roofs become another response for the tropical climate that potentially having more air circulation to the inside of the building. Another strategy is making a setback distance on every side of the mass so the mass won’t adhere to the other building around and it also formed a void. The emptiness of the pilotis mass connects to the void in the middle green space that also a staircase and green space on the back of the site. These 2 areas were placed between every unit and it became a source of air and sunlight, it maximized by the perforated footstep that air and light can be pass-through from the pilotis mass and skylight. The empty space formed by pilotis mass become some support area for the resident such as parking area, communal space, pantry and laundry area.

Details & Material - The stair is the only one access to the unit, sculpturally designed by a suspended structure using steel and iron. It shows a hanging stair system structure that gives an iconic and memorable experience for the residents. Steel perforated flat on the stair’s footstep makes the light from the skylight and its shadows can move through and highlighting the combined texture between exposed brick and red metal wall and make stronger the room characteristic that continues with exterior design.

This building, basically have a light structure on the highest floor that doesn’t have any loaded from above. This system uses to make them more effective structure. We use a roofing material that usually uses a steel frame for the wall on the highest floor, meanwhile, on the ground floor, we use concreates for the floor and exposed brick for the wall. Those exposed materials could minimize maintenance of the building so it doesn’t need to be repaint. Colour changes will happen naturally over time and climate for the long-term effectiveness. 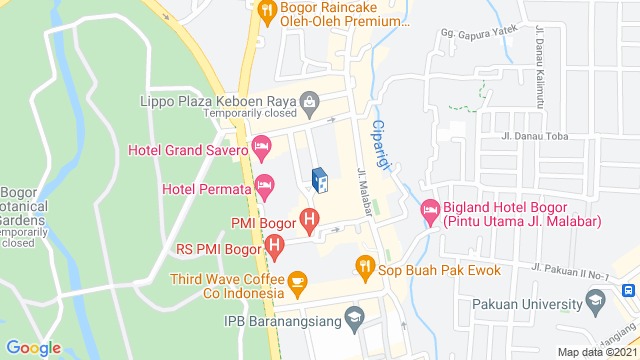