The Unidad Vecinal Providencia (Providencia Neighborhood Unit) is one of the many residential complexes generated in Chile as a result of a housing and urban development public policy promoted through the CORVI (Housing Corporation) between 1953 and 1973.

Commissioned by the Caja de Empleados Particulares (Private Employees Fund) to be built on a site where previously the National Children's House was based, the Unidad Vecinal Providencia was designed as a complex capable of becoming an urban piece, promoting spatial integration and social cohesion in Santiago. 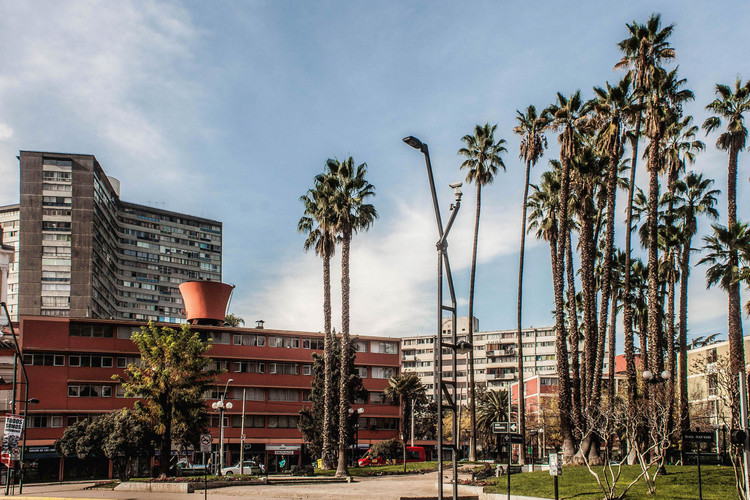 The Providencia Neighborhood Unit reflects the notable architectural influence of the Modern Movement in Chilean architecture. Designed as a complex capable of being a piece of the city, the project fits an already consolidated commercial, financial district. As a Chilean modern architecture icon, it sought to innovate in the way of creating a neighborhood, paying great attention to the relationship of the inhabitants with the city through the pedestrian scale.

What the design team was most interested in was providing a dignified solution to the outdoor common spaces, having special care into aspects as circulation, natural lighting, and comfort.

This is expressed through the variety of public facilities and the designing of recreational spaces inserted in a series of gardens—originally featuring water mirrors—, birdhouses, tennis courts, an open-air amphitheater, and a gym—all connected to each other through a pedestrian circulation network separated from the perimetral vehicular circulations. Despite being currently closed to the public and eventually constituted as a private space, the gardens are a place of connection and relaxation within the housing complex.

Having said that, it is possible to identify how the complex successfully manages to deal with the different scales a design like this has to deal with: urban, neighborhood, and per unit.

The housing complex offers a well-resolved ground-level plan design, which had the highest buildings facing Providencia Avenue—the street with the greatest flow and traffic, leaving the rest of the lower buildings towards the interior, shaping a neighborhood scale within the site, while setting a friendly height for the neighboring residences.

Lastly, the Unidad Vecinal Providencia reminds us how relevant the order as a principle is to design metropolitan-scale projects through setting a clear volume organization, featuring public facilities, and a pedestrian-friendly ground-level plan design. 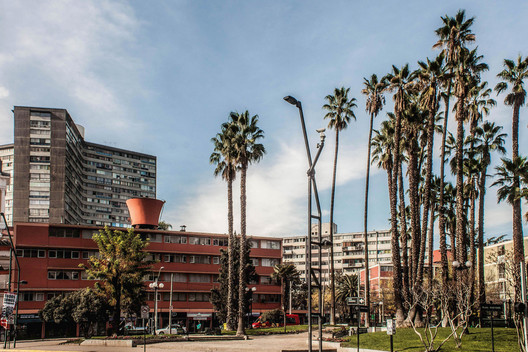