Save
Residential Building by the Aqueduct / António Costa Lima Arquitectos 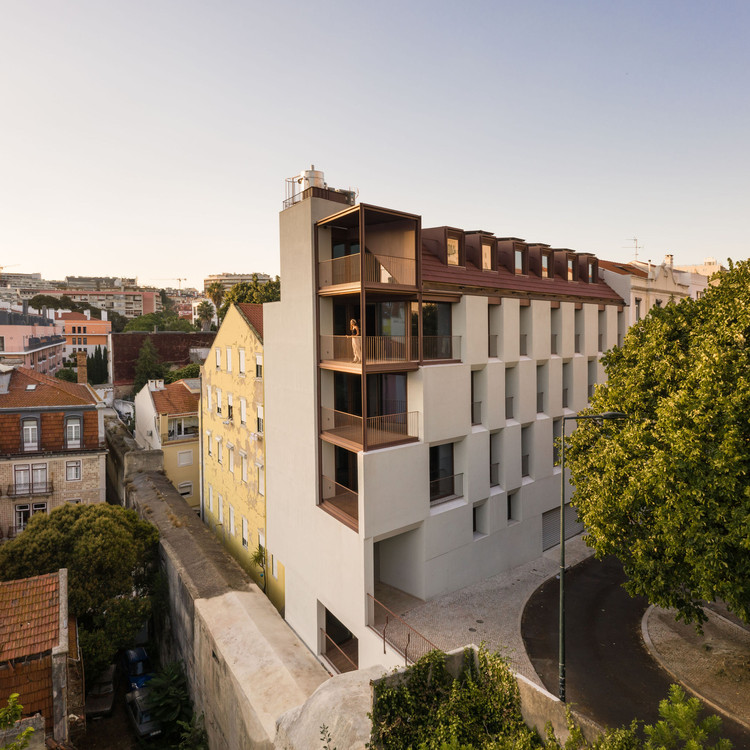 Text description provided by the architects. The demolition of the pre-existing warehouse and the construction of this new building on a backed plan allows uncovering a section of the Águas Livres Aqueduct, called Galeria da Esperança. This initiative reveals the urgent safeguard that this monument lacks in its parallel route to the São Bento Street since it’s sunk in the hillside under a number of buildings.

On the other hand, it proposes an evolutionary morphology towards the historical urban context, constituting a formal synthesis as a tail-end of the block. It´s the closure and the transition to the void on the west side next to the aqueduct and the neighboring buildings implanted in a much lower level, about 10m below the street.

In this sense, a façade solution (on the Travessa do Noronha side) aims a gradual dematerialization in the west direction, allowing the structural skeleton to appear, until it is bare at the southwest corner. Consequently, this corner has a vertical row of terraces, as an analogous image to the metallic structures of the balconies that swarm almost every block in Lisbon. This solution also lends a lightness that emphasizes the natural environment on the West side of the building.

On the east side, the façade is closer to the traditional window design spans in a rigid vertical metric. The materials chosen, whether ceramic roof tiles or the facade cream cladding relates to the materials palette of Lisbon.

The five-story building and one basement contain five apartments with a very similar interior space organization. 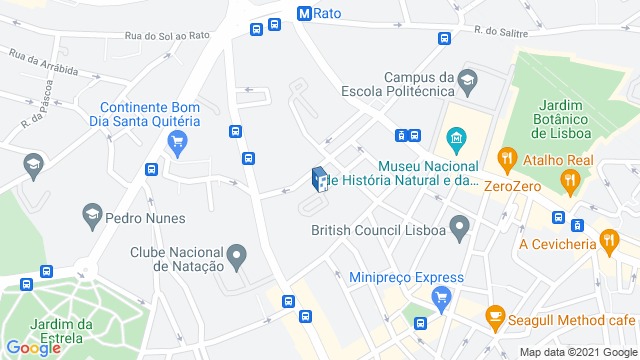 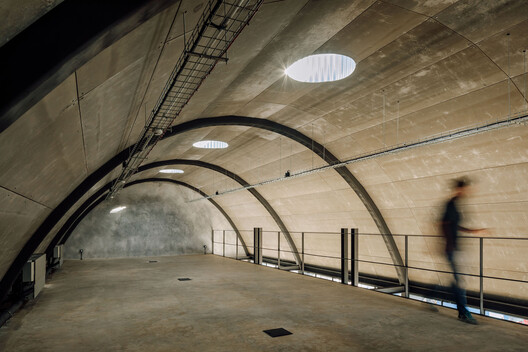 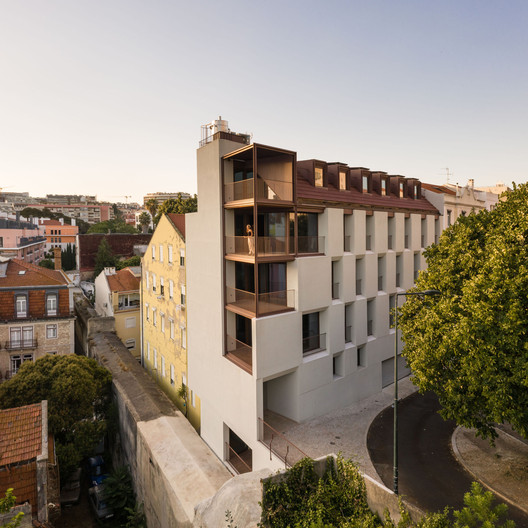