Since 2002, the historic city of Muharraq, the third-largest in Bahrain, has been the protagonist of a comprehensive preservation and development project meant to highlight its pearling history and improve the urban environment. Building on Muharraq’s legacy are several new structures designed by world-renowned architects to create the framework for the city’s revival, among which are four multistorey car parks designed by Christian Kerez and set to be completed this year. The structures envisioned not as car storage but as public spaces feature curved slabs that create a continuous transition from one level to the other while shaping a constantly changing spatial experience. 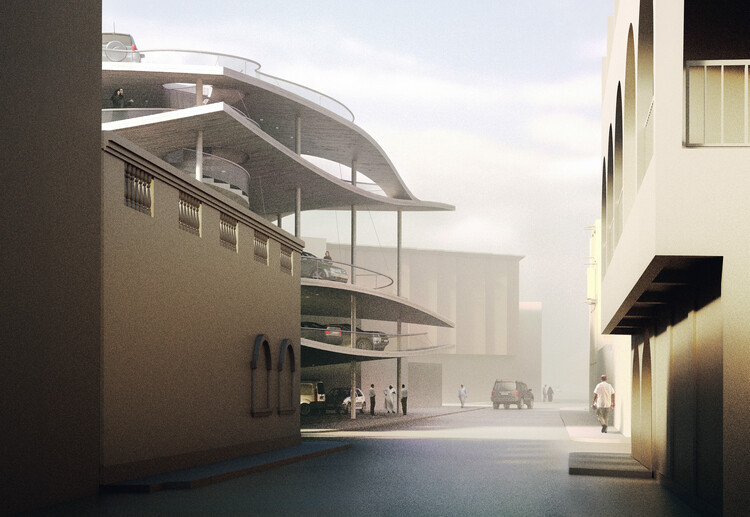 The four new parking structures are part of the Pearl Path Project, which entails creating new public spaces within the dense urban fabric of Muharraq to accompany the preservation and restoration of the built heritage. Adapted to their respective sites, the four projects follow the same architectural concept, where slabs change from concave to convex, touching each other and creating a continuous spatial transition.

The parking structure on Plot D is the most exposed one, the freestanding building being accessible from all four sides. The driving sequence begins with a sculptural tube-like extension of the lowest point of the slab, followed by an opening in the corner of the following floor, and this spatial gesture is repeated on the subsequent floors. Due to its small footprint, Plot D is the most complex and also the most dramatic in terms of geometrical transformations off all the parking structures. The project can also serve as a venue for street theatre or concerts, as well as markets.

Among the other new projects circumscribed by the Pearl Path scheme are a visitor centre by PAD Architects, a pedestrian bridge and several public spaces designed by OFFICE Kersten Geers David Van Severen and Leopold Banchini Architects, Valerio Olgiati’s gateway to the Pearling Pathway or Studio Anne Holtrop’s redevelopment of the city’s oldest market. 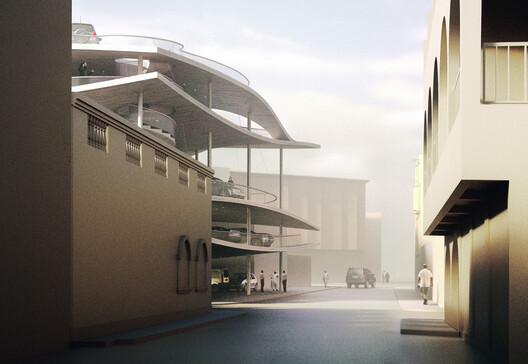