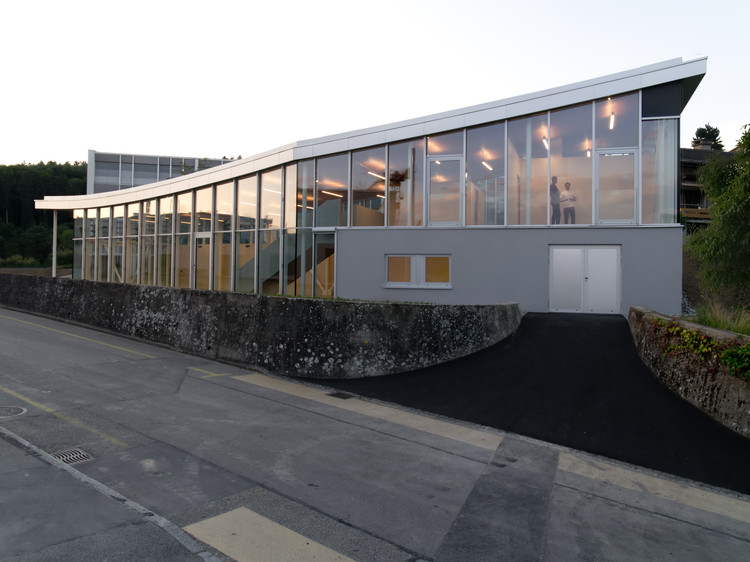 Text description provided by the architects. In order to meet the current spatial requirements of the education system, the municipality of Orpund chose its own path. The decision to use an aging residential building on the edge of the school grounds as the basis for the new project laid the foundation for a new type of school space. The planning team was involved early on and was able to convince the client of the idea of a building that is public and flexible.

A day school does not require traditional classrooms, but rather a wide range of diverse spaces that can easily be made accessible to the general public. Thus, the development was recognized as an opportunity for the community and the building was designed as a multipurpose space for all age groups. The result is a building that is both physically and typologically new to the village.

Since its completion, the noteworthy structure marks the beginning of the primary school complex, which is now operated as a campus and gives Orpund a meaningful identity within the agglomeration of Biel/Bienne. A wooden residential building from the 1950s used to occupy the site, the base, and foundations of which were found to be in perfect condition and therefore retained. Later on, it became clear that this concrete structure would be ideal for accommodating ancillary rooms such as the kitchen, sanitary facilities, services, and storage. As a result of the compact organization of the secondary spaces, main spaces of various sizes could be arranged on top of and next to this existing piece of the structure, creating an uninterrupted interaction between inside and outside.

Both levels of the main space benefit from direct access to the surrounding garden due to a natural slope in the existing terrain; a premise that was central from the beginning. An expansive, curved roof unifies the different levels and rooms underneath itself in such a way that the public character of the day school becomes clearly recognisable. In addition to its identity the shape of the building also makes an essential contribution to the cooling and ventilation of the interior, which through its function is inherently transparent and directly related to the outside.

Automated louvre windows on each end allow for a very simple and highly efficient night cooling system which is supported by a passive earth-air heat exchanger. This means there is no need for mechanical cooling despite the generous use of glass, thus positioning the building in the current debate on sustainable construction. 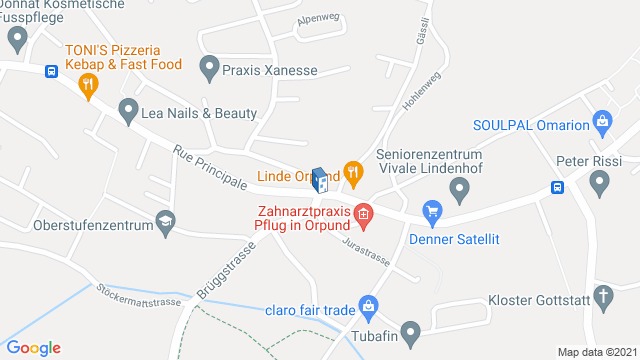