Swedish practice Tham & Videgård Arkitekter has won a competition to design a new cadet mess building for the Karlberg Military Academy in Stockholm. Establishing a dialogue with the historical context and the 17th-century park, the project is conceived as a clean square volume with concave facades that embrace the surroundings. Through its rhythm and proportion, the design echoes the classical architecture of the nearby palace, showcasing a rigorous aesthetic that establishes a timeless image. 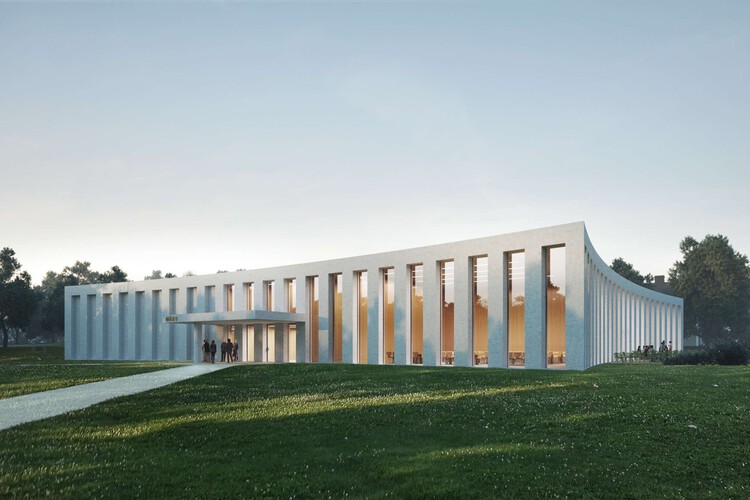 The Karlberg Palace built in 1630 was converted into a military academy in 1792, with the palace park accessible to the public. Taking inspiration from the historical grounds, Tham & Videgård Arkitekter have designed the mess building as a compact volume with symmetrical planimetry. More than dining halls, mess spaces are an essential part of the military training environment, as they provide a necessary socializing space. In this sense, the project, with its peristyle-like array of columns, builds a dialogue with the surroundings while shaping outdoor gathering spaces.

The internet configuration of the two-storey building is organized along an east-west axis connecting two main entrances. On the south side is the mess hall, relating to an outdoor dining space, while the kitchen and logistical spaces are located to the north. The double-height of the mess allows the possibility of increasing the capacity of the space in the future by adding a mezzanine level. The second level features offices and meeting spaces, as well as an interior courtyard.

Tham & Videgård Win Competition to Design +One Tower in Sweden

The project is set to be completed in 2024. Tham & Videgård Arkitekter has previously worked within historical contexts, having designed the new School of Architecture at the KTH campus in Stockholm. 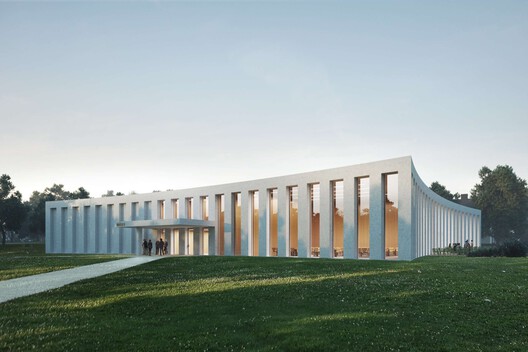