Save
Cities Within Cities: Chinatown Around The World
Share
Or
Copy 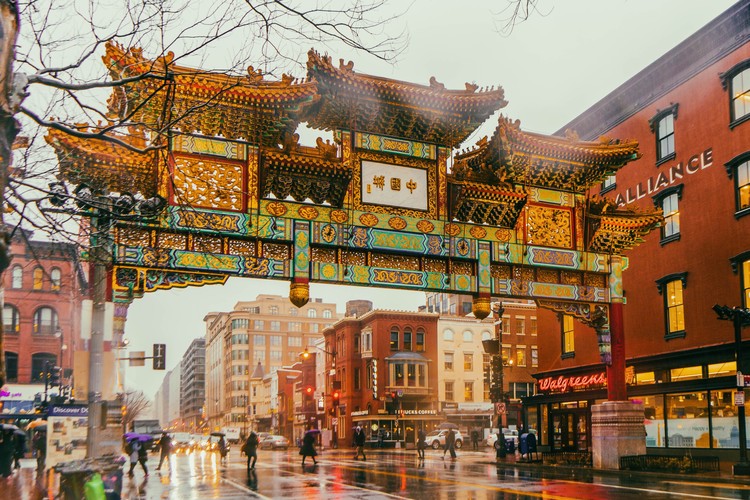 Many of these enclaves are found in the United States – A country with a history of being an attractive destination for migrants. The city of Miami in the state of Florida houses Little Havana and Little Haiti, places which have architectural nods to their countries of origin – namely Cuba and the Caribbean influences of Haiti. Around the world, there are also numerous examples of these enclaves. The neighbourhood of Liberdade in the Brazilian city of Sau Paulo is a centre of Japanese culture in the country, and the neighbourhood of Phahurat in Thailand’s capital Bangkok is home to ornate Sikh and Hindu temples which punctuates the origins of its South Asian residents.

Most ubiquitous of all enclaves, however, is the worldwide presence of Chinatowns. Spread throughout continents, these “Chinatowns” can be found in countries ranging from within the Asian continent itself – such as in Japan and India, to countries further away from China, as exemplified by their presence in Australia and the United States.

These Chinatowns, far from being only an urban area where Chinese immigrants happen to live, also tend to have their own distinct architectural aesthetic. Archways are a recurring architectural motif, so are elements that tend to draw from traditional Chinese architecture, such as Pagodas – a tiered tower with multiple eaves. The origins of this aesthetic, however, belie the colourful nature of the characteristic look of Chinatowns around the world. A string of natural disasters in the mid-1840s saw a large number of Chinese people look to travel to the United States to seek their fortune, where they eventually settled in San Francisco. Racial tensions followed this, as Chinese communities were discriminated against on the basis of taking away employment opportunities from white people. The 1906 San Francisco earthquake followed the decades of violence and racist laws, leaving Chinatown in ruins. In rebuilding the neighbourhood, Chinese businessmen sought to keep Chinese culture alive – and thus the distinctive “Chinatown” look was born – an exoticized version of China.

American architects were hired to design in an architectural style of the “orient”, in order to fit a vision of the western perception of a stereotyped Chinese identity. Local businessmen also sought to gain from this – as they looked to take full advantage of this “ethnic tourism.” Exploitative laws against Chinese people in the United States meant that Chinatowns were simultaneously places of refuge and the congregation of communities – yet also places marketed as “exotic” tourist destinations, where “Chinese-inspired” architecture populated the streets, almost in the style of a theme park.

Far from being only an American or European phenomenon, Chinatowns also exist on the African continent – which underscores the different types of migration and the differing infrastructural impact that migrants can have on a place. The Chinatowns in the African context are delineated more by their Mandarin building signs, shop stalls, and culture than a specific architectural style. In stark contrast to the architectural motifs of the Chinatowns in London or Liverpool for example, Chinatowns in Mauritius and Johannesburg mostly blend into their surrounding architectural context – with the exception of mandatory elements of the Paifang – the traditional Chinese gateway serving both as a monument and a landmark.

The Chinatown of Lagos, Nigeria, opts for a differing architectural approach. Built in 2004 – it is more of an enormous shopping mall than a typical urban neighbourhood. It is built in the style of a medieval fortress – with crenellated walls that resemble the Great Wall outside Beijing. This is an extremely vivid architectural representation of economic migration – with references to traditional Chinese architecture, yet serving as an expansive open-air market rather than serving the use that the building typology would typically warrant.

The juxtaposition and origins of Chinatowns in Europe and the United States, compared with that of Chinatowns in Africa, is a good overview of how migrants influence the built environment of where they move to – sometimes more so, and sometimes less so. The reasons for this importing of architectural styles and motifs are as varied as the reasons why migrants migrate. Sometimes, the architectural styles of neighbourhoods are a genuine effort to make migrants feel more at home – and sometimes, it is an attempt to present an exoticized version of the origin country. 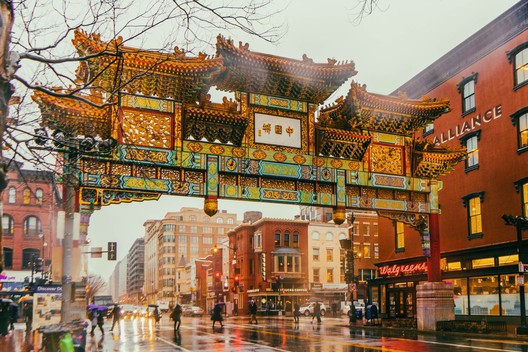