Save
“Architecture Stands Out Because It Has Something to Say to its Context”: In conversation with Mario Botta
Share
Or
Copy 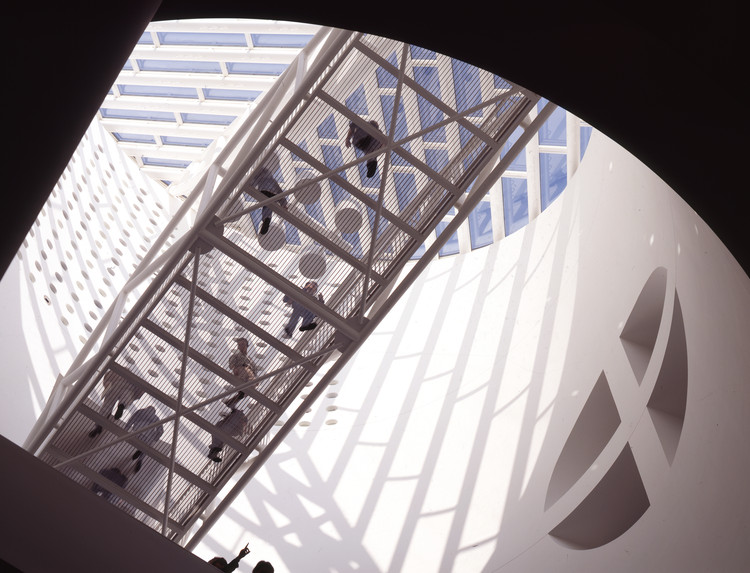 The architect was born in 1943 in Mendrisio, a small town near Lake Lugano. He came into architecture through practice – first apprenticing at an architecture office in Lugano as a draftsman, starting from the age of 15. After high school Botta attended the Art College in Milan and then studied at the University Institute of Architecture IUAV in Venice under such authorities as Carlo Scarpa and Giuseppe Mazzariol, graduating in 1969.

While studying in Venice Botta came across opportunities to work on local projects with two leading Modern masters – Le Corbusier and Louis Kahn. The architect started his own practice in Lugano just one year after graduation. He combined it with teaching and giving lectures in Europe, Asia, North- and South America. In 1996, Botta started the Academy of Architecture of the Università della Svizzera Italianain Mendrisio, now one of the most prestigious architecture schools in Europe. He served there as professor and Dean. And in 2018, the architect’s Theater of Architecture, an exhibition space, and a lecture hall, opened on campus with a major inaugural exhibition “Louis Kahn and Venezia.”

In late May I visited Mario Botta at his office in Mendrisio. He moved his busy practice to his hometown from Lugano in 2011 into a large double-height space on the ground floor of the architect-designed Building Fuoriporta in the heart of the city. The following are excerpts from our conversation. Botta spoke in Italian, while his middle son, Tommaso translated his responses.

Vladimir Belogolovsky: Could you talk about your initial interest in architecture? Were there any architects or artists in your family?

Mario Botta: No one in my family was an architect or an artist. But from a very early age I wanted to work with images. It was clear that I would become either an artist, photographer, or architect. There was an opportunity to work as an apprentice at an architect’s office in Lugano when I was just 15. So, I started working even before I went to school to study architecture – first at the Art College in Milan and then at the University IUAV of Venice, graduating in 1969.

VB: You said you are a prisoner of great masters of the Modernist Movement, as you studied under Carlo Scarpa in Venice and shortly worked with Le Corbusier and Louis Kahn. Could you talk about these encounters and how they influenced you?

MB: Well, my work is deeply influenced by these three architects. Le Corbusier has transformed life’s problems in architecture – social aspects, urban strategies, mass construction, and so on. He expressed them in new and transformative ways. Kahn was more concerned with the origins of life. His work was about transforming nature and culture. And Scarpa had a very acute sensibility for expressing materials. He was perhaps the most able master who could emphasize the richness and brilliance of materials. These are just a few words about these three maestros.

VB: Looking at your projects, particularly your early houses such as Casa Rotonda, I can observe a process of erosion and excavation of a solid form. Could you talk about your design process? How do you start?

MB: There is no fixed beginning. Every project is a new beginning. For example, when I started designing the Casa Rotonda it was not round. It was a square with a cut to bring the light from above. The reason for moving from the original square plan to the round one was the immediate context of the house. I wanted to avoid strong confrontation between the facades of this building with the facades of the neighboring houses. Also, note that this house is built out of very basic materials and it is quite modest. The cost was similar to other houses in the area.

VB: It is true that when you look at the plans of this house it seems to be quite compact, like an apartment. But when you see its volume, there is an impression of an imposing, grand house.

MB: It is only an impression from the outside. There are three levels. But the first ground level is almost entirely taken by the stair. The second level is the day quarters, and the third level is the night quarters topped by the skylight to see the stars.

VB: Was this house designed from the outside?

MB: My projects are never born from either outside or inside. The design process is simultaneous. And it is always very specific to the site and other buildings and forces all around. In the beginning, Casa Rotonda was alone and I could’ve designed anything there. But I knew that, eventually, more houses would be built next to it. So, I had to imagine and predict the context. Nevertheless, it was the context I had to respect and respond to.

VB: Your buildings are very geometric. You said, “A form is a function of architecture.” Could you elaborate?

MB: Perhaps I could use an example. If you look out of the window here you will see a tower across the plaza, which, together with our own office building, acts as the gate into the town of Mendrisio. The tower is a part of the Security Forces Center that was finished in 2008. The building comprises the fire brigade, the police, and the civil defense. The tower is symbolic, but it is also used by the firemen for training. That’s what it means when a form becomes a function of architecture. In this case, it is both symbolic and utilitarian, but it could be just symbolic, which is also a function.

VB: And you said that your style of architecture is autobiographical. What do you mean by that?

MB: Well, my pencil is always the same. [Laughs.] That’s how I work – giving a form with my pencil, reflecting on my thoughts. There is a strong connection between the thought process and drawing.

VB: Speaking of your houses you described them as “instruments for reading the landscape.” Many are quite different; is there a conscious progression in their design – from one to the next? Is there an intention on your part to rethink a house as an ideal model, without repeating yourself?

MB: First, there is context. It is the context that drives my design, not my indulgence in reinventing the idea of a house. The context is a vital part of each project. The context already has most of the clues for the designer. All my houses are different because the places they are designed for are different. So, what I meant by describing the houses as instruments was their potential to interpret the landscape. A project stands out because it has something to say to its context. I always look for this dialogue.

VB: And perhaps for this reason you said, “My work is a continuous correction.”

MB: Correction means a continuous finetuning of the relationship and the dialogue between the house and the landscape around it. Louis Kahn used to tell his students that architecture doesn’t exist. What exists is the work of architecture. For an architect, this implies a process of continuous correction. To achieve architecture, you must deal with the site, function, ecology, economy, construction, and so many other disciplines.

VB: Yet, there is an artistic dimension, which may be entirely unrelated to the immediate surroundings and specificity of the place, or even the building’s function. As you said, “If I could live in the Pantheon I would because it offers not just a microcosm but also a relationship with the sky.”

MB: When the perfection of geometry and the poetics of the architect blend together, they turn into beauty. This amazing building, perhaps the most powerful work of architecture ever built, conveys the idea of a harmonious relationship between the earth and the sky, between the finite and the infinite.

MB: This reflects what is so powerfully found in nature, which is an equilibrium. There is symmetry in the human bodies, in trees, and so on. And in architecture symmetry can be used in sensitive ways, as in the case of Andrea Palladio or in grandiose and pretentious ways, as was in the case of Albert Speer.

MB: Of course, buildings should resist the elements of nature; architecture is ongoing combat between man and nature. But also, architecture should resist negative forces of globalization, modernity, fashion, and all kinds of banalities. Particularly, globalization is a strong and often destructive force that flattens varieties and unique distinctions between different regions and cultures. It is simplifying everything to the lowest common denominator. My work is an act of resistance to these forces.

NewsArticlesSwitzerlandContextualismMario BottaInterviewsVladimir BelogolovskyArchitectureInterview
Cite: Vladimir Belogolovsky. "“Architecture Stands Out Because It Has Something to Say to its Context”: In conversation with Mario Botta" 29 Jun 2021. ArchDaily. Accessed . <https://www.archdaily.com/964065/architecture-stands-out-because-it-has-something-to-say-to-its-context-in-conversation-with-mario-botta> ISSN 0719-8884
Save 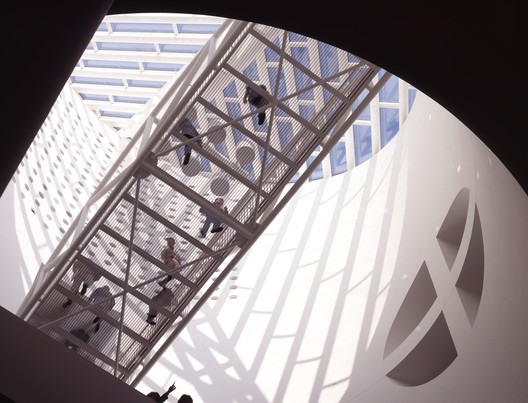