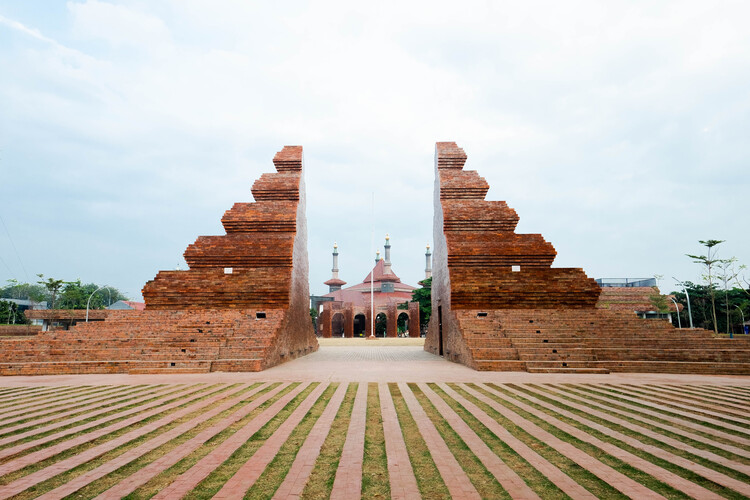 Text description provided by the architects. Alun-alun Kejaksan square, a 1-hectare gathering square is located in the city of Cirebon in West Java next to the important At-Taqwa Mosque. Cirebon, being a former Sultanate has a rich history also due to its location as a coastal town with important harbor and therefore various cultures being influential. Alun-alun in itself is a unique urban Indonesian typology of open-air plaza.

Despite its prominent location, the site had not been used to its full potential. Although the project is commissioned by the Governor of West Java, additional stakeholders also formed the design brief. Firstly, the At-Taqwa mosque claims informal ownership due to the need to extend the area of prayer to the outside during major holidays. Secondly, the municipality is in need for a public space to gather in the city center, while maintaining the business of existing street vendors. Thirdly, a historical monument which is cut off by a road turn needed to be reintegrated via a sunken memorial plaza where the information texts are provided by the elders and local historians. Lastly the approval of the late Sultan had to be sought as he was well respected and held a high position within society.

On one side of Alun-alun an iconic Gapura was installed marking the entrance from the city and on the opposite side a five-pillar gate was installed marking the entrance from the At-Taqwa Mosque. Both opposing gates represent a dialogue between worldly and spiritual needs, emphasizing an open dialogue with the square in-between. Educational and play functions are accommodated in forms of a microlibrary and playground.

The microlibrary as a part of SHAU’s series of multi-programmatic reading spaces is made as a stepped platform which can be used as seating, while the rooftop is a viewing platform overlooking the alun-alun and enable people to obtain a different perspective and overview. The microlibrary fulfills SHAU’s and the city’s literacy agenda to bring up reading interest in a friendly setting. Both library and playground also diffuse the purpose of the alun-alun for exclusively religious or national events which only happen a few times per year and opens up the functionality for a wider audience and everyday usage.

The materiality and geometry refer to local stepped gapura or candi bentar – or a split gateway– and pedestals made of raw bricks which can be seen at Keraton Kasepuhan – Sultan’s palace in Cirebon. These traditional elements are reinterpreted into planter topography, shelter and microlibrary in a transformative way where every element stems from the same material, language, and constructive logic.

By choosing brick as the main material for Alun-alun Kejaksan, it does not only refer to historical places in Cirebon but adheres to practical aspects like availability and stimulating the local economy employing local labor and a simple and more forgiving construction process. The material and formal references are also important to gain acceptance and sense of belonging from the citizens, as they are familiar with the design language even though it is done in a contemporary manner. 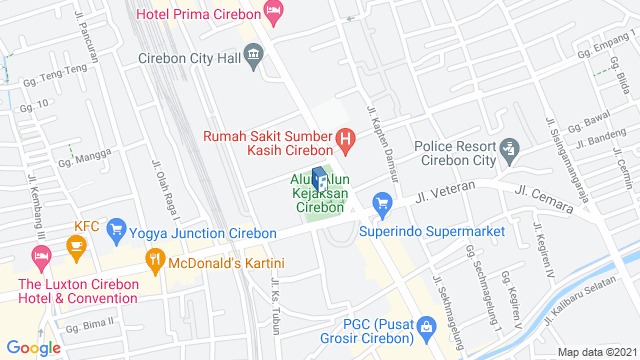 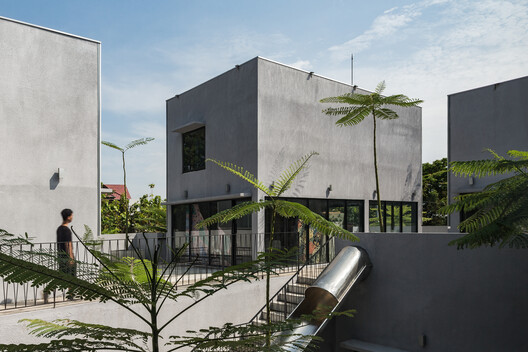 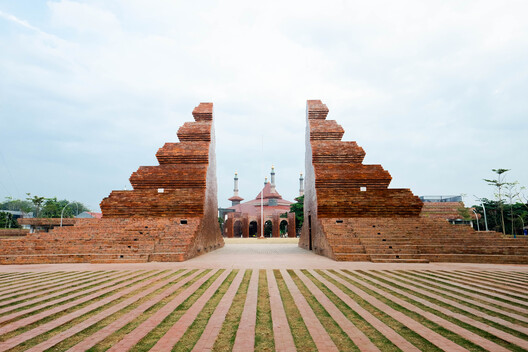