A geographic discovery game based on Google imagery, GeoGuessr requires players to guess various locations worldwide using only the clues provided by a Street view. Created in 2013, the game has taken on new relevance amidst the pandemic, as it provides a virtual travel experience. From desolate roads to famous sites, the game teases deductive reasoning, requiring players to make use of any clue, from signs, language, flags, landscape, to pinpoint their surroundings. 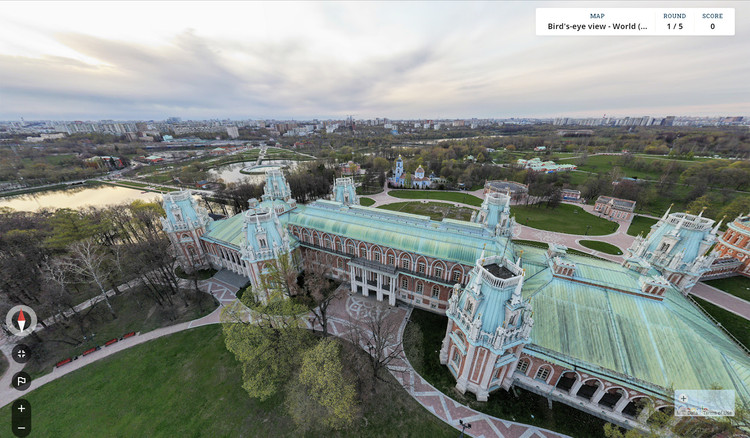 An interesting use of a ubiquitous tool, the game, transforms Google Street view's utilitarian nature into a fun challenge. The simple, stripped back design makes it easy to navigate, relying on the visual language of Google Maps. The player chooses a map containing five rounds and drops a pin to lock the guess. The closer the guess to the location of the street view, the higher the score.

There are numerous maps to explore, both official and user-generated and new ones are added constantly. Official maps focus on individual countries, famous places, with a more general one, Word. However, maps developed by users explore a vast array of topics, from bird-eye views, European stadiums and even a map featuring Mc Donald's venues. Each map displays a difficulty level and the number of locations available.

Players can take advantage of the mobility provided within street view and explore the surrounding area of the location in search of clues. The default settings have no time limit; however, players can set one themselves and restrict movement, panning and zoom to increase the difficulty of the GeoGuessr has several game modes: Battle Royale, where players face each other and are subsequently eliminated, the Daily Challenge, Country Streak, where players have to guess countries in
a row and Explorer Mode, where players pick a country and recognizer places to earn medals.