Snøhetta has proposed Lunar for the International Competition of the Landmark Design of Qianhai's New City Center. Inspired by the city's pioneering past and technology-driven future, the proposal is satellite-like structure that resembles landmarks in the era of data and technology. The proposal ranked second place in the competition alongside Sou Fujimito's floating tower. 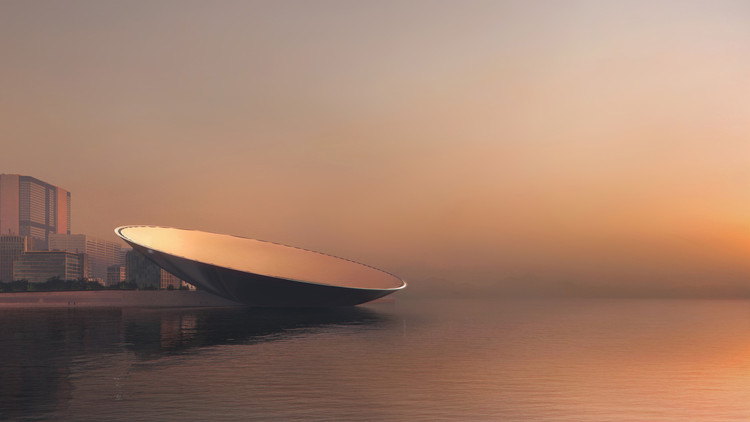 For their design concept, the architecture firm thought of questions like "What is a landmark? Does a landmark mark the land? Or does it mark its time, its era?" The architects decided to embody Shenzhen’s pioneering character and history, as it has historically been the pilot area of China's national policy, and has been interacting with the outside world for over 500 years. As a result, Lunar reflected its maritime past and technology-oriented future as a structure that is "the remnants of a vessel that transmits data to the world, for the world".

A landmark is a product of its context, a manifestation of the technology of its time. A landmark marks its land, and also marks its era... The data of the Greater Bay Area and even the whole country will be reflected through the one moon – lunar. -- Snøhetta

The firm described the landmark as a landmark of the data era, representing the technology of its time. Similar to how the Eiffel Tower displayed the most advanced steel construction methods of its time and became a symbol of France’s industrial presence, the world has now arrived at the era of data.

An invitation competition was held to design a landmark tower in the Qianhaiwan district, an area that has recently seen huge urban and architectural developments. The judges of the competition chose to refrain from giving out a "First Prize" award so they awarded both Snøhetta and Sou Fujimoto.

Snøhetta has recently been selected to design two new art spaces in Australia and United States. The firm will create the new Heysen Art Gallery in Adelaide- a rammed earth structure blending into the landscape and housing the works of renowned artists Hans and Nora Heysen. The studio was also selected to lead the expansion and re-design project for Dartmouth College Hopkins Center for the Arts, a vital creative hub for the New England Region. 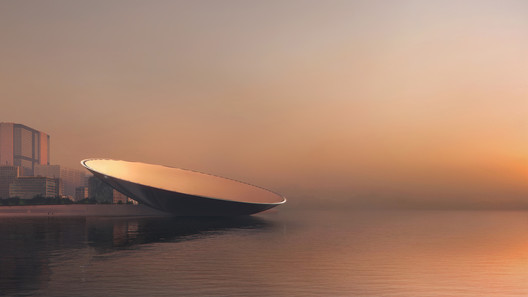