Sou Fujimoto Architects have revealed the winning design of the New City Center Landmark, a monumental floating tower on the bay of the Qianhaiwan district in Shenzhen. The proposed tower is 268m high, and consists of 99 individual tower-like elements connected a strong horizontal plane in the upper part, gradually vanishing as they descend. It is both one tower and a collection of towers all at once, symbolizing the future of societies in an age of diversity. 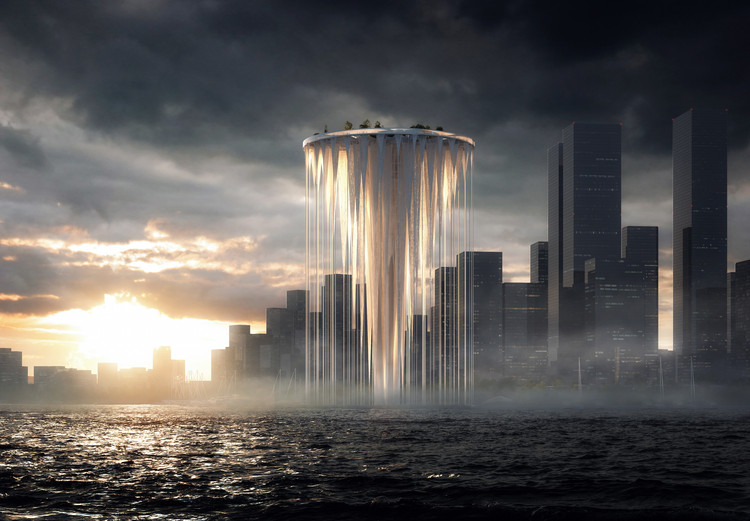 An invitation competition was held to design a landmark tower in the Qianhaiwan district, an area that has recently seen huge urban and architectural developments. The judges of the competition chose to refrain from giving out a "First Prize" award, positioning the second place with the top rank, which was won by Sou Fujimoto Architects.

For their design concept, the architecture firm thought of questions like "What does a new ‘tower’ mean in the 21st Century? How can a tower evolve while continuing to attract attention, as the Eiffel Tower does? And which would face towards the bay". Based on their answers and current urban fabric of the district, the firm proposed a pendant-like structure that resembles a group of islands, an aerial city in the future, or even a water fountain suspended mid-air.

The tower is equipped with a viewing platform, also functioning as a three-dimensional exhibition space, with a restaurant and café. Most of 99 pendant-like elements have limited points of contact to the main tower, making it seem as though they are floating in air. The tower is mainly constructed with steel, carbon fiber, Kevlar Rope and concrete, whereas the balance of the core is maintained by peripherally-located steel truss system with Kevlar tension cables. 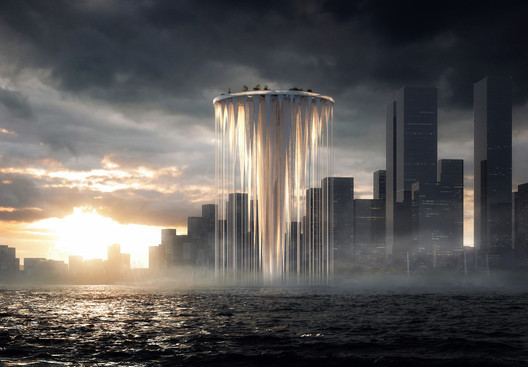