Architecture firm Urban Agency has shared new details of their Vancouver Forest development in Canada. Taking inspiration from the forest regions of the area, the project includes timber, bamboo and greenery to form a sustainable block for the city. As a series of stepped terraces, the project was designed as a 'living canopy' with trees and foliage growing along the building envelope. 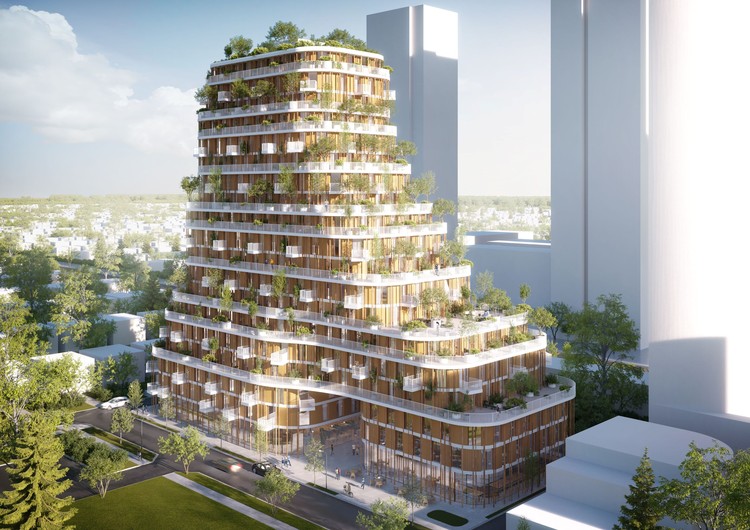 As the team explains, the Vancouver Forest project includes both private apartments and a community space. The development is expressed as two separate units for the first three floors, while from the fourth floor, they are then fused together. The resulting outdoor passage through the building’s core opens to the public realm and offers connectivity between parallel streets. Structurally, the design comprises a bamboo CLT frame.

Continuing the site connections, the community spaces are located on the lower three levels which are more tightly knit into the urban fabric.The levels above are dedicated to private apartments. As the building ascends, these levels gradually recede in a series of stepped terraces from the south end. This exposes the apartments to sunlight. Formally, the corners of each floor are curved to soften the building’s appearance. Along the facade, the structure is envisaged with foliage, trees and plants, as well as greenery growing on the terraces. 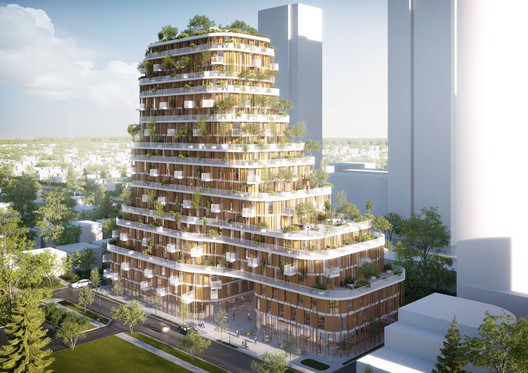