Save
MVRDV Develops a Catalogue for Repurposing Rooftops
Share
Or
Copy

Highlighting an untapped spatial resource, MVRDV has recently produced a catalogue of 130 innovative ideas to make use of Rotterdam's empty flat roofs, showcasing a potential new phase in the city's development. Commissioned by the City of Rotterdam and developed together with Rotterdam Rooftop Days, the Rooftop Catalogueillustrates how reprogramming rooftops can help with issues such as land scarcity and climate change while also addressing the practical side of repurposing these spaces in terms of construction options and suitable sites. 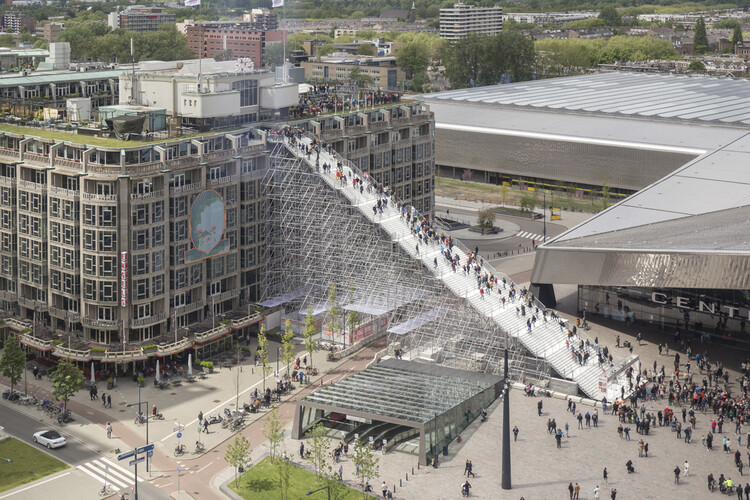 I think we need a new Building Code, or rather a Rooftop Code, with a helpdesk for the homeowners' associations and corporations that take the initiative. You should be able to stack the four elements – water, greenery, energy, and population – on top of each other, like a sandwich. It should be defined in some kind of regulation that rooftops should be able to support that weight. Stronger structures are more sustainable" - MVRDV founding partner Winy Maas.

MVRDV Designs Harbour Experience Centre for the Port of Rotterdam

For several years now, different initiatives and events have made the general public more aware of this untapped resource for expanding the public space. Rotterdam Rooftop Days is a project that aims to "show how rooftop can contribute to a healthy, vibrant, inclusive, attractive and future-proof city", whose temporary interventions allow dwellers to experience the city differently while also contributing to Rotterdam's roofscape transformation.

MVRDV has promoted the idea of activating the rooftop on several occasions, starting with the design of the house extension project Didden Village. In 2016, the practice created the Stairs of Kriterion installation, expanding the public space on the roof of a prominent building in Rotterdam. For the If Factory renovation project, the studio adds a green bamboo landscape on the roof, packed with activities and accessible through a public staircase. At the same time, the refurbishment of the Pyramid of Tirana further enhances the roof as a public space. In addition to activating existing rooftops, the practice has been programming the roofs of new designs such as Depot Boijmans Van Beuningen, which offers the city a rooftop forest. 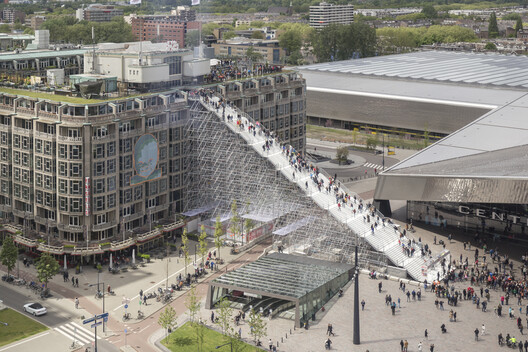