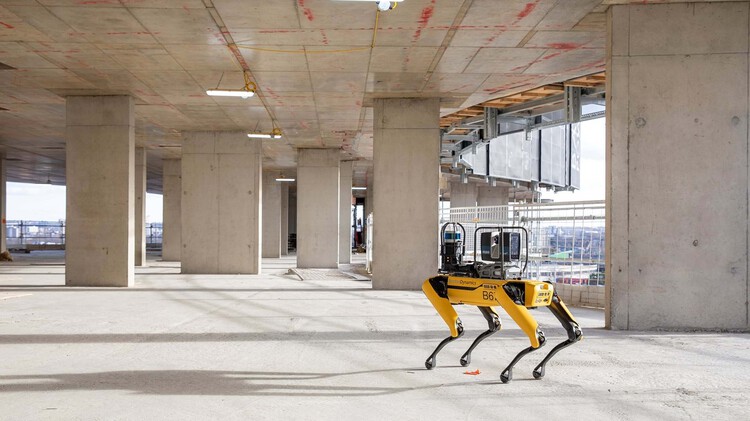 Facing a shortage of skilled labour, an increasing number of projects, and an imperative to reduce its environmental impact, the construction industry is looking towards automation to increase productivity, cost efficiency and minimise material waste. "Construction is where automotive was about 50 years ago in terms of the density of robots and automation. It's coming from a lower base, but it is going to grow much faster," says Sami Atiya, president of Robotics & Discrete Automation at ABB. A McKinsey Global Institute pre-pandemic study covering 54 countries and 78% of the global labour market states that 44% of work within the construction sector has the potential to be automated. However, the prospect is not a fully automated construction site but the use of human labour solely for essential tasks.

At the moment, automation is being researched and deployed along two distinct paths: automating specific tasks within traditional site operations and creating an entirely new construction process supported by new materials and technologies. Several years ago, SAM (the semi-automated mason) generated significant excitement, as the robot was capable of laying bricks at almost three times the speed of a human worker. A new bricklaying robot Hadrian X, developed by Australian firm Fastbrick Robotics has completed several residential pilot projects in Mexico and Australia and is heading towards mass production. Addressing the current construction framework, an engineering and architecture research team from the Chinese University of Hong Kong (CUHK) created a high-rise façade operations robot, which can perform a wide range of operations from façade painting to repair works removing workers from dangerous heights.

Traditional construction process and materials limit the adoption of robotic technology to highly specific tasks. However, digital fabrication, whether it is robotic manipulation or additive manufacturing, holds significant potential for reshaping the construction process altogether, as showcased by the experimental pavilions designed over the years by the Institute for Computational Design (ICD) and the Institute of Building Structures and Structural Design (ITKE), illustrating both material innovation and the possibilities of robotic fabrication.

Automation within the construction process is no longer a preoccupation at the fringes of architecture, as is shown by the collaboration announced last November between Foster + Partners and the robotics design company Boston Dynamics. As part of the Early Adopters program for Spot, the robot has been tested for data collection and progress monitoring on construction sites. Spot's performance was undeniable, with the robot showing a much higher rate of spotting errors than manual monitoring, thus enhancing productivity and efficiency. The robot is also capable of checking as-built versus as-designed models, with significantly reduced scanning and post-processing times, which would free staff for other tasks. Foster+Partners involvement brought automation on the construction site in the realm of possibility, and it might not take long until Spot's appearance at a building site "will seem as ordinary as the arrival of a bulldozer or a forklift do today". The robot has been adopted by several construction companies around the world and employed for various tasks.

In 2018, Dubai announced that 25% of its new buildings will be 3D printed by 2025, with the term is now revised to 2030. At the time, Dubai already created the first fully functional and permanently occupied 3D printed office building, the Office of the Future by Killa Design and Gensler. Subsequently, in 2019 Dubai had another breakthrough with the largest 3D-printed building, whose construction required only three people on site. There is no certainty around the ambitious plan coming to fruition; nonetheless, local decision-makers are developing additive manufacturing building codes.

There is a consensus around the idea that automation will enable an era of increasingly bespoke design, as it would allow for precision and accuracy throughout construction processes, presenting significant time savings. For the most part, the geometric complexity of a component is of no relevance in numerous robotic construction processes and doesn't impact the costs, thus facilitating complex shapes. Automation opens the possibility for investigating new aesthetics, reshaping both the design and the construction process. 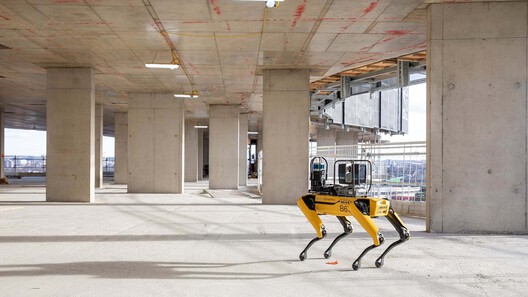