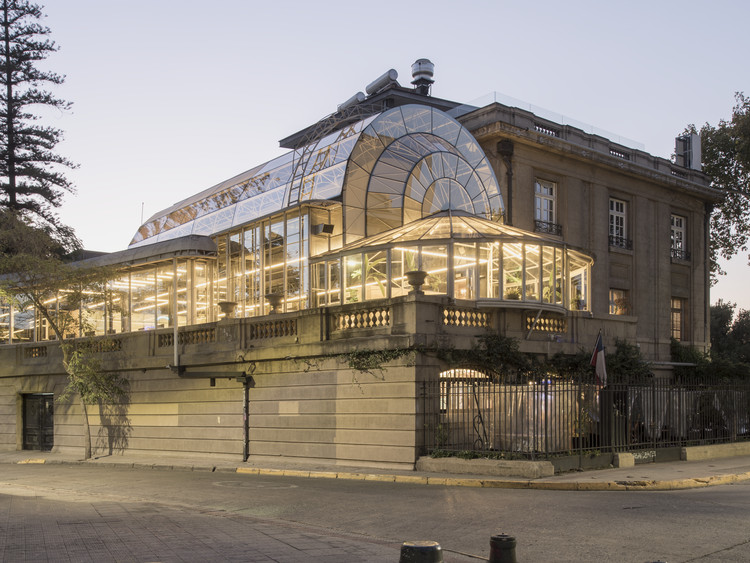 Text description provided by the architects. Over the last decade, Chile’s startup scene has positioned itself as one of the leaders in the region. Ambitious government programs mixed with a booming generation of young innovators have turned the small South American country into an internationally renowned hub for emergent tech entrepreneurs, reaping an important number of interesting and successful technological products. Fintual is one of those groups of entrepreneurs—founded in 2016 and live since 2018—their goal is to bridge the gap between financial investment tools and the general non-savvy public, by way of technology and a candid and straightforward strategy of communication with their clients, sprinkled with a healthy dose of humor. As of 2020, they manage funds for 47 thousand clients at more than 425 million USD—a big jump from the 7 thousand clients and 44 million the year before, which meant they needed more people on their team and eventually a bigger space.

The Droguett Palace has lived many lives. An urban residence for a wealthy family built in 1931 by famous architect Sergio Larraín García-Moreno, the 12-bedroom, 1400 sqm building became one of the city’s staples in the early 80’s when the family heirs transformed it into an event venue. At this time, its huge (300 sqm) 2nd-floor outdoor terrace was covered with the glass and steel barrel vault that would give it its characteristic look and earn it the moniker “The Glass House”.

In 2011 the venue closed its doors and started a new life as an office and coworking hub for innovation and entrepreneurship, first for a global conglomerate and later for StartUp Chile, the country’s government-run startup accelerator program.

In late August of 2020, in the midst of the global pandemic, just as the city of Santiago was coming out of a 4-month-long lockdown, we were commissioned—through a brief private competition—to design the headquarters of Fintual at the Droguett Palace, which they had just leased. The brief was straightforward. The project would be developed in stages, with the first one being the main office floor located on the building’s second level. Needing to accommodate 40 to 60 employees at all times, the project was to provide multiple ways of working, from conventional desk work to hot desking, private and group conference calls, as well as more laid-back living room and coffee shop type situations. It had to be a fun space to work in and it should reflect the horizontal culture of the company. And they wanted plants. Lots of them.

There was one caveat, though. They needed to move in fast. The general scheme for this first stage was developed in 10 days—during the competition phase—and concentrated primarily on the former outdoor terrace now covered with the barrel vault of glass, or “pergola” as Fintual calls it since the interior of the palace needed less of intervention and more of furnishing because of its already superb spatial qualities.

The plan for the pergola was simple: replicate the order established above by the barrel vault, down below. The rectangular cross-section of the vault would then divide the space into two main areas: one for the working stations and the other—irregularly shaped, allowing for different work situations. For this, we developed a series of objects, all familiar between each other and named according to what they looked like or their function (a snaking desk is “the worm”, while the private pods are “the booths”, for example). Except for the desks (fabricated in matte white), all the elements shared the same materiality: laminated wood boards.

Working within a tight building budget, it was established early on with the client that we were looking for a low-cost but elegant aesthetic, balancing the cheap with more expensive accents, or “like wearing a worn-out T-shirt with some expensive jeans” as Pedro, one of the company’s founders, once told us. The wood provides a good example of this approach, while not the cheapest wood available, it has a nice warm color and is free of knots, giving the furniture a more homogeneous and abstract look, like a solid piece, while on close inspection the on-site fabrication would reveal slight imperfections and a certain rustic quality.

The whole space would be painted anthracite black, to cancel all the visual noise produced by utility networks, insulation foam boards, and the array of girders and structures that run through the ceiling and make a stark contrast chalk-white interior of the palace. The finishing touch was a stroke of luck. At some point in the building’s life, the terrace's original luxurious white terrazzo tile floor was clad with cheap photo-laminated engineering flooring. But after removing the coverings: there it was, all complete and in decent condition, all it needed was a thorough polish and sealant. Since Fintual needed to move in quickly and we needed time to develop construction documentation, we divided the construction into two: a wet and dirty phase—meaning all the work that cannot be done with people using the space, including painting the entire second floor and polishing both the terrazzo as well as the beautiful parquet flooring on the palace side—and a clean phase—involving both on-site and off-site fabrication of the furniture and power network, while working around Fintual using the space.

That everybody involved made it work despite strict transit restrictions, lockdowns, curfews, a national shortage of building materials, and of course a global pandemic, seems like an achievement already. But the project is as rewarding by exploring contemporary architectural issues on heritage buildings, and hit-the-ground-running strategies to design while celebrating the innovative and forward-thinking culture at the core of Fintual. 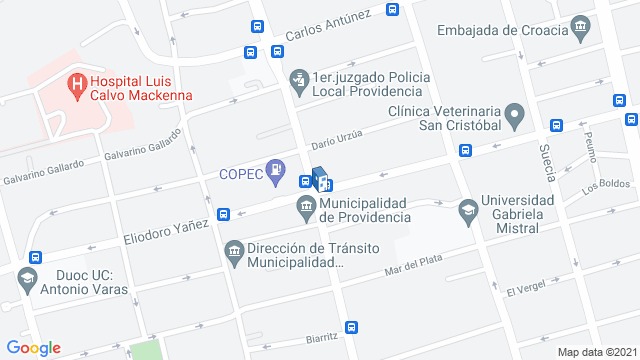 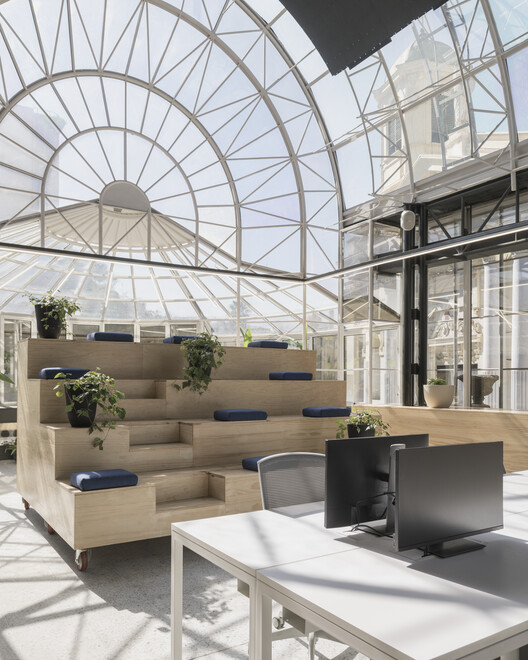 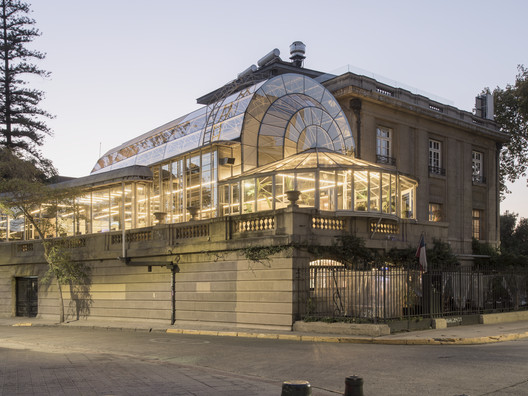