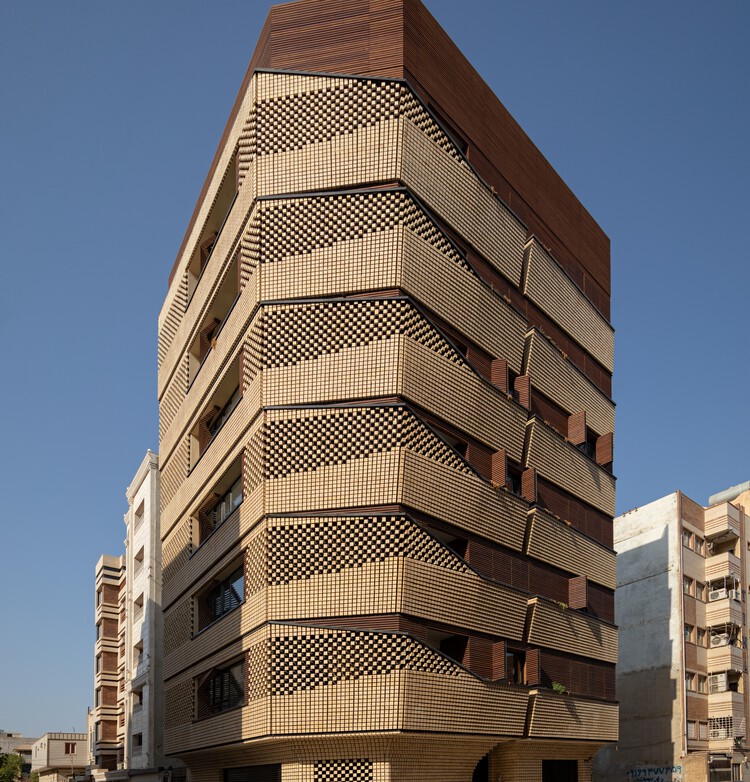 Text description provided by the architects. The most important ideas of building design were to pay attention to the context, cultural harmony, and to consider a new look at the native architectural patterns of the city texture. The Chapireh Residential Complex is located in Dezful City -The area is known as the city of bricks- A city that has a historical texture rich in brickwork, elements and brick decorations.

Therefore, the most basic part of the work has been the appropriate use of the contextual approach in design. In this regard, several visits were made to the old parts of Dezful city and studies on the culture of the people of the region.

Indigenous architectural patterns such as Sabat, entrance porch, lattice bricks, especially on roofs and windows, privacy in the facade and inside the building, alignment in the alleys (chapireh) and layers of bricks in the parts that are consoled, were some of the patterns that are considered more in design.

The morphology and ziggurat shape of the historical texture towards the river has been one of the design ideas. The pattern of lattice bricks, which in the past has been used at the edges of the roof to enter the cool breeze of the river and at the same time maintain the privacy on the roof space where the family slept on spring and autumn nights, has also been introduced in a new way to cover the terraces of the building.

Chapireh, the name of the project: Chapireh or corner construction is known as a native solution in Iranian architecture. Since the project is located on a site in a two corner form, so the method of chapireh (cornering) -which can be seen in plenty of the alleys of the old texture of Dezful city- has been modeled in a new from in the corner of the alley, and the entire consoled part of the building has been developed.

The matching bricks are executed as a belt around the building and in the shape of a skull to finally form a coherent whole. Also, the word “Chapireh” means selecting community and seems to be a suitable name for this residential building. 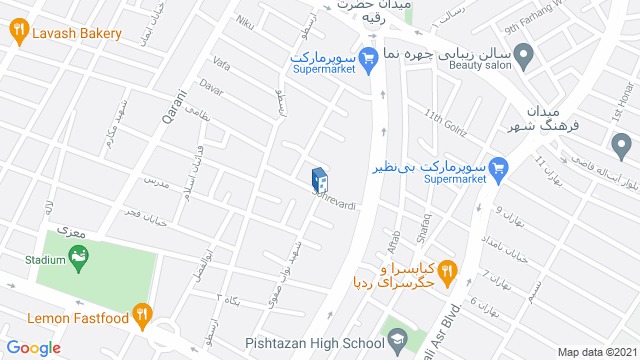 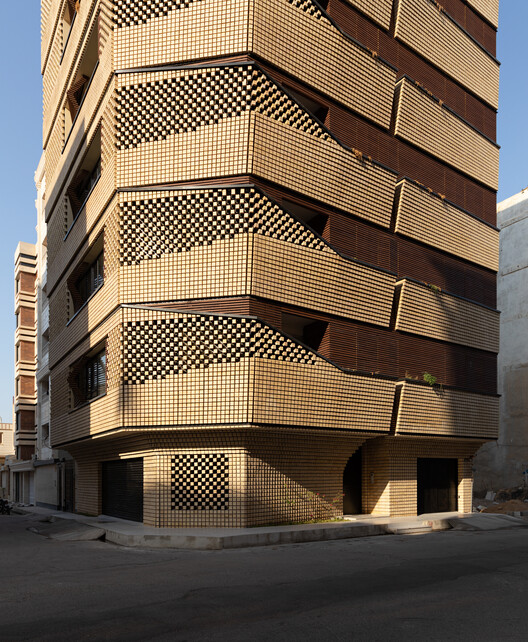 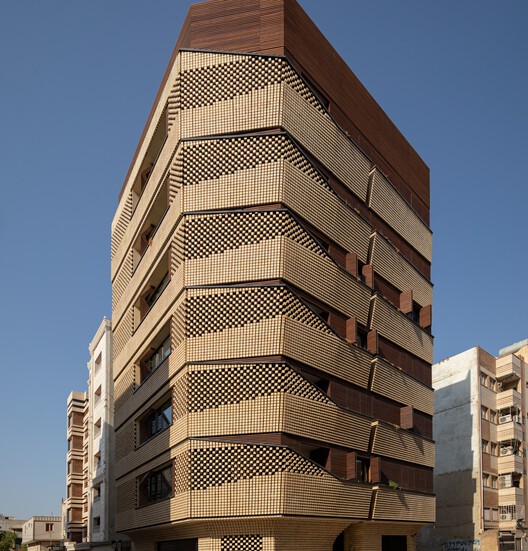