Titled "Structures of Mutual Support", the Philippines Pavilion at the 17th International Architecture Exhibition - La Biennale Di Venezia, explores how the principles of mutual support can shape architecture. Curated by Framework Collaborative (members of GK Enchanted Farm and Architects Sudarshan Khadka, Jr. and Alexander Eriksson Furunes), the pavilion will be on display at the Arsenale from May 22nd until November 21st, 2021. 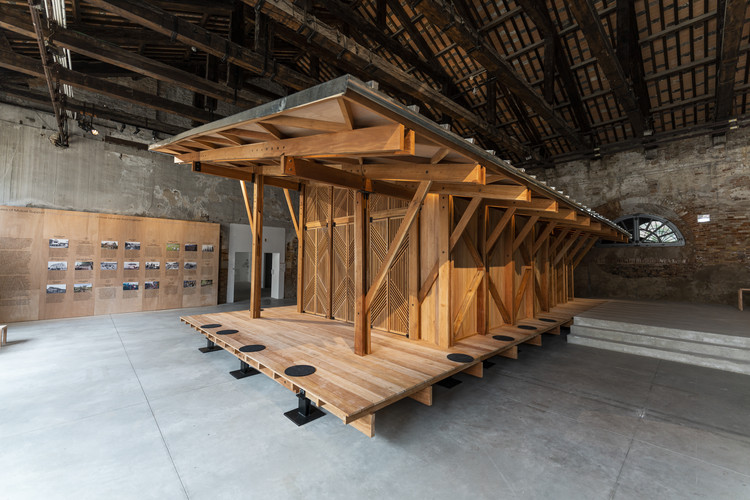 The Biennale's question of how we live together is interpreted by the Philippines curators as a question of how we build together. The pavilion offers visitors a chance to look at Bayanihan and Dugnad in relation to the larger context of global mutual support, and how its principles serve as a critique of our current architectural and cultural productions. Bayanihans were used traditionally to move a house from one village to the other, and for the pavilion, the team focused on how "mutual support can propose alternative methods of building spaces and communities that give primacy to collaboration and participation, challenging dominant discourses of sustainability in architectural practice and the larger global context".

It is necessary to begin the planning stage with a mindset of humility, openness, and empathy in order to collectively learn about a community’s culture and context. Next we stimulate discussions that collectively question their values and try to find ways of clarifying intentions so that they may become shared visions. From these shared visions we make objects that distill these new understandings into something tangible. The goal of these first three steps is to form a common language that becomes a framework for meaningful engagement between all members of the project team. -- Sudarshan V. Khadka Jr. & Alexander Eriksson Furunes

The committee conducted a 22-day workshop in the town of Brgy alongside farmers, carpenters, housewives, and students, to discuss the merits of building a structure within the community, and evaluate where the final structure would be located. The workshop also included a study of what the most adequate integrated components should be, based on the common needs of the community.

“Mutual support” is a mechanism of self-organization and collaboration done by communities to support each other through periods of adversity or crisis, such as the changing seasons, natural disasters, and armed conflicts. When mutual support is required, people come together for collective work to achieve a common goal. It is a process that builds social relationships, reciprocity and community cohesion. However, these traditions are fading away in modern day society where the currency of wealth is measured by money rather than relationships built in a community. Thus, re-evaluating and reviving mutual support traditions provides an alternative way to consider the values, resources, and knowledge that shape our built environment. -- Sudarshan V. Khadka Jr. & Alexander Eriksson Furunes

The concept of the Philippines Pavilion is frequently highlighted in the practice of the two architects Khadka and Furunes. One of their projects, Streetlight Tagpuro, is a post-disaster rebuilding structure in Tacloban, following the aftermath of the super-typhoon Haiyan. The project won the Civic and Community Category and the Small Project of The Year Award at the World Architecture Festival 2017. Their practice has been nominated for the Architectural Review Emerging Architecture Awards in 2021. 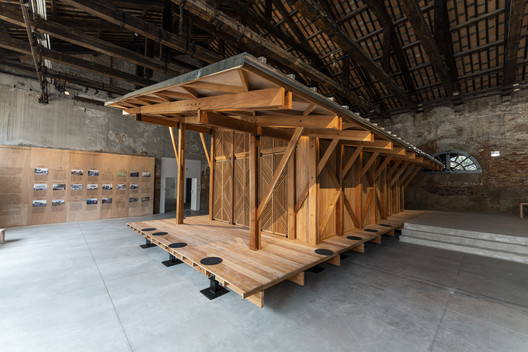