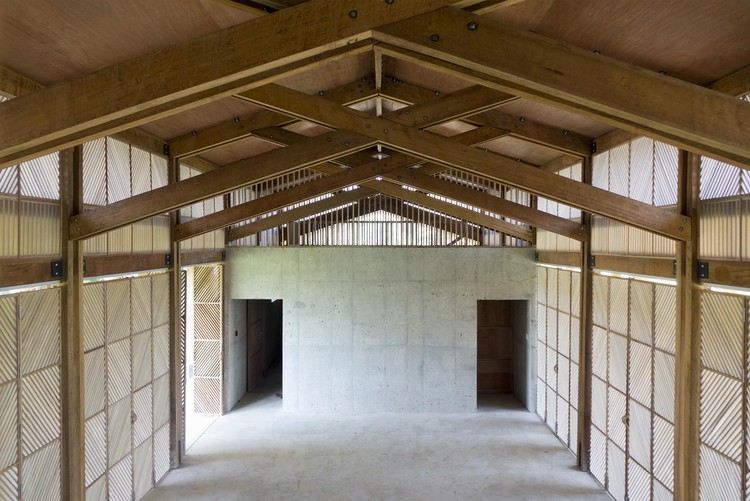 Text description provided by the architects. On the 8th of November 2013, super-typhoon Haiyan, one of the strongest typhoons to ever hit land, devastated the central regions of the Philippines destroying more than four million households and depriving thousands of lives. The waves caused by the typhoon flattened the informal settlement of Seawall and the Study Center that they built together with the NGO Streetlight and three architects students in 2010. Streetlight supported the families and children throughout the disaster, and soon after resumed their vocational and educational programme. Alexander Eriksson Furunes was invited back together with his two partners Sudarshan Khadka and Jago Boase to rebuild Streetlight’s office, orphanage and study center within the relocation zone, Tagpuro. Once a small village of 200 households, the population was scheduled to increase tenfold according to the relocation plans initiated by the city government. This growth did not account for livelihood opportunities or infrastructure providing basic necessities such as water, sanitation and electricity. Tension and conflicts were increasing in the area, as several families lacked a sense of belonging to their new house and their new community. The question became how we could work together, and collectively use the programming and design process to build something appropriate to the current situation within the relocation zone.

A series of workshops were organized with the community to conceptualize the design of the new buildings, determine their functions and programme, as well as to identify locally available materials and construction techniques. Through drawings, models and full-scale mockups, the community developed a common language to express and negotiate ideas and solutions that mattered to them as a group. Having experienced the brutal power of the winds and waves caused by the typhoon, they developed the concept of ‘open & light’ and ‘closed & safe’. Therefore, heavy concrete volumes were used to provide refuge during typhoons, while ventilated light timber structures were designed for natural ventilation that also allow strong winds to pass through the buildings. The orphanage consists of three such concrete volumes accommodating kitchen and bathrooms on the ground floor and bedrooms on the second floor. Ventilated recreational spaces for daytime use is located between the heavy volumes. The study center has music rooms, library, bathrooms, kitchen and teachers’ rooms in the heavy volumes, and classrooms with areas for singing, dancing and theatre in the spaces in-between. Streetlight’s office also functions as a vocational training center and consists of three heavy volumes containing meeting rooms, bathrooms and a janitor’s office, with shared workspaces located in the open areas.

The buildings were built on a 4-hectare site located in the very center of Tagpuro. It has coconut and mahogany trees that once used to shade an old poultry farm which was destroyed by the typhoon. The trees survived and defined the primary circulation axis and divide between private and public zones. Orienting the new buildings along the East-West axis provides additional shading by the trees, minimize heat gain and capture the prevailing breeze to provide comfort in a tropical climate. The design explored the values of honest materiality, craftsmanship, expressive tectonics, and vernacular sensitivity. Through the deliberate selection of materials and construction methods with the potential to be adapted by local workers, the construction process served as a mode of capacity building and livelihood training. The new buildings provide much needed space for collective activities for both existing and new community members. The project explored a participative and community-based design process which provides a platform to identify shared values and meanings. 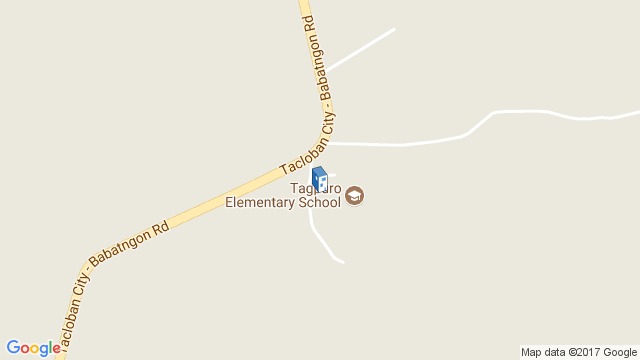 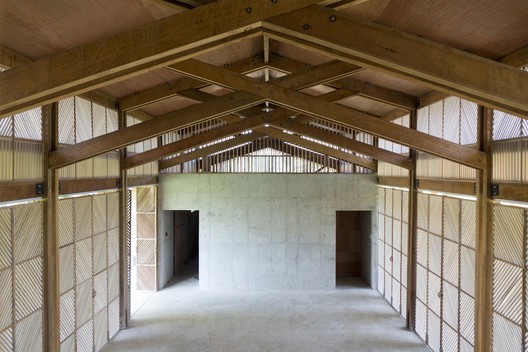