The Serbian contribution to the 17th Venice Architecture Biennale explores the connection between a city's economy and its urban structure -that the curatorial team defines as the life-work relationship- investigating the prospective futures of mono-functional industrial cities. Titled 8th Kilometer and developed by MuBGD, the exhibition uses the mining town of Bor, located in eastern Serbia, as a study case for how economic activities have not only shaped the urban environment but the forms of collectivity connected to it. 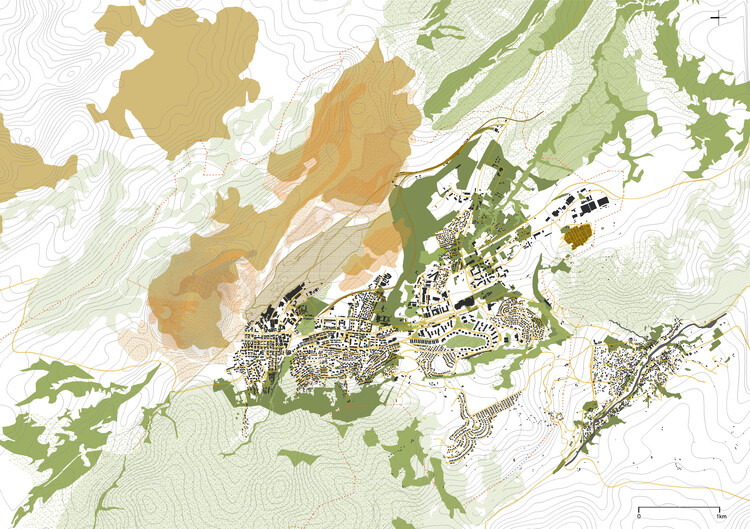 This edition's Serbian Pavilion illustrates how the core economic activity of mining has shaped the socio-economic framework of the town of Bor, being its sole reason for existence and impeeding opportunities for alternative developments. The exhibition derives its name from how residents of Bor locate individual places in town, through their distance from the open cast mine, defined as "zero kilometer". Thus, the inhabitants have internalised the seven city kilometers planning and construction of the town, translating it into an orientation system. In this sense, the title 8th kilometer suggests a new path in the development of Bor beyond the mining industry.

Through archive and design research, the exhibition seeks to provoke a conversation around the current and state and future opportunities available to Bor and other similar urban environments. The Pavilion will display a large-scale model of the cast mine bordering the seven kilometers. Each of the latter is explored in connection to a specific, defining topic such as industry, town planning, public spaces, housing standard, everyday life culture, ecology and demography.