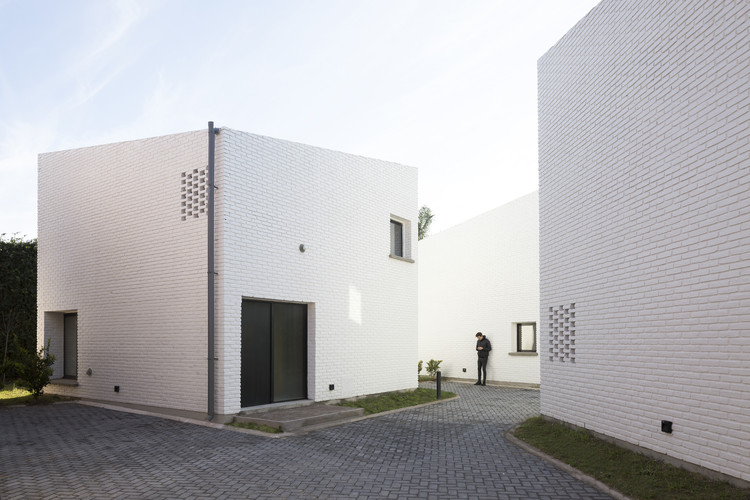 Text description provided by the architects. The assignment for this project takes place in Fisherton, a residential borough in the western suburbs of Rosario city, its origin dates from the late 19th century, as a consequence of the development of railway infrastructure that connected the central area of Argentina to the western regions. Initially conceived as a villa for the British hierarchical staff in charge of the railway company, this led to the appearance of constructions and a strong stylistic trend according to English Architecture around that time. Large brick-exposed freestanding houses, shaped from several volumes and gabled roofs, surrounded by land extensions of prominent gardens and thick groves of trees.

Ever since, this area has undergone several transformations tending to densify the urban fabric, yet holding on to its original urban layout. In the beginning, the land division was organized according to large plots around 5000 square meters. Later, around the 70s – 80s, a subdivision process took place into parcels around 1500-2000 square meters, aimed for the upper classes and residential use. Part of its original architecture began to be replaced by new buildings, maintaining a few formal, aesthetics and material resemblances. Nowadays, original unaltered buildings, such as the old railway station and the Rosario Golf Club are very rare to find, and on them relies the identity and character of this significant portion of the city. However, the preponderance of large groves of trees, green fences, grass sidewalks and freestanding houses remain to dominate the appearance of the area.

At present, Fisherton borough is going through the early stages of a new process of urban densification, where the parcels around 1500 and 2000 square meters are becoming a location for collective housing projects, instead of single-family houses surrounded by large, exclusive, and unoccupied areas.

In this particular project, we were asked to design an ensemble of seven equal houses of 100 square meters each, located in a 1500 square meters parcel. This meant a densification three times higher than the standards, in addition to the implied repetition of the exact same built object, which turned out to be the major challenge due to the diversity and high degree of distinction existing in the constructed environment.

Taking all this into account, we developed several hypotheses and variables to define how these new small houses should be, and which were the most meaningful values to consider in the existing context. The required program implied a building density comparable to that in strongly consolidated boroughs in the city centre. However, we were determined to attend to those distinctive features considered valuable in this particular suburban surrounding.

Through the analysis phase, we identified that the main and most valuable condition of the area remained in the intermediate spaces, the interstitial spaces existing between houses, and between each house and its own limits. Acknowledging this as the basis for the proposal, this project aimed to recreate that intermediate space situation, within different uses and proportions: entrance, expansion, parking, and service. Therefore, each one of the seven units would become a freestanding house, open to all four cardinal orientations and walkable around its entire perimeter, being all these features that evoke the identity of the area.

Furthermore, one immovable requirement was that every house had the same area and distribution, as well as equal quantity and quality of rooms. The challenge here was to obtain, from the exact same floor plan, seven units that presented a singularity, something to make each house distinguishable from the others, by adding slight differences or alterations, and so to avoid the infinite perception of a monotonous scenery. Understanding the open intermediate space as the resource to achieve this, it would be each house`s expansion area that brought that expected uniqueness, on account of proportion, lighting, and its relation to the adjoining houses.

Regarding the articulation of the ensemble, we resorted to a set of space shaping decisions, being one of them the configuration of a pedestrian path, within and across the parcel, combining straight line, curve and counter curve. In addition, each house is set out with a slight rotation and roof inclinations to emphasize their singular condition. On a smaller scale, other variations contribute to this matter, such as different disposition and size of openings or the inclusion of lighting filters.

As for the interiors, we attempted to recreate the function and dynamic of a traditional Fisherton House, accomplished by the gathering of service programmes within a unique wood volume. Situated at the center of the space, exempt from the walls and accessible from all its perimeter. This volume also operates as the joint element that articulates each space and situation, such as the entrance, the stairs, the kitchen, and the common area. On the upper floor, of considerably reduced area, the space condition is optimized by the inclination of the ceilings, which also brings a certain geometrical homogeneity to the exteriors.

In short, this project aims to uphold and reaffirm the values that we consider distinctive and inseparable from the surroundings and translate them into a new, up-to-date architecture programme for the area. This Collective Housing Project was conceived with a respectful attitude, towards both the location and the requirements, along with a way of thinking and doing architecture that represents us and our architectural work. 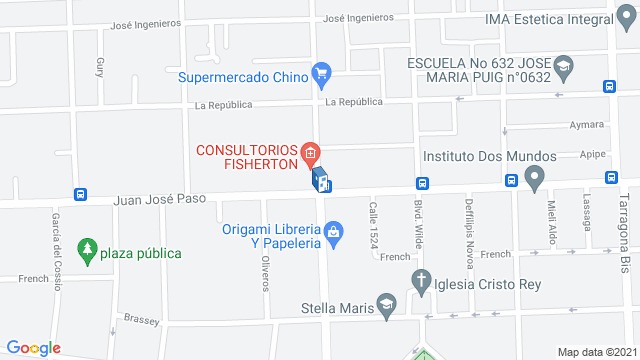 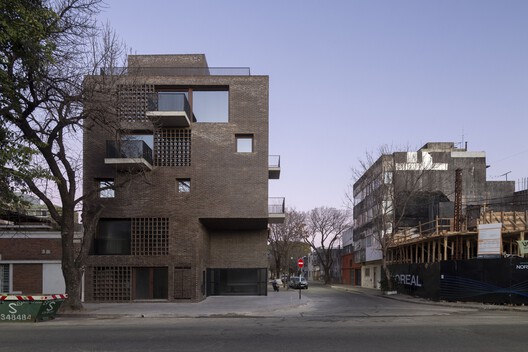