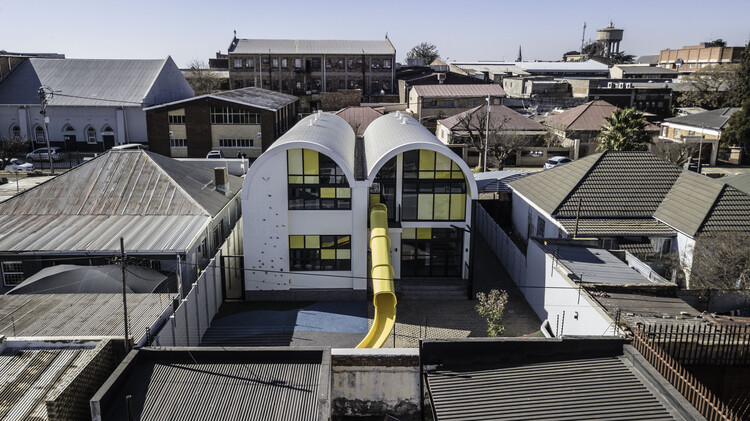 Text description provided by the architects. Funded by a non-profit run by a prominent building-supplies company in South Africa, this four-classroom primary school in Mayfair West serves students from the nearby Slovo Park informal settlement in Johannesburg.

The 480 m2 structure is situated down the road from Salvazione’s main school, a church building that had housed pre-kindergarten through grade seven. The new development accommodates the younger grades, allowing more space for the upper grades, which remain in the original building.

The two classrooms on the top floor benefit from the spaciousness provided by the arched ceiling, making the most out of the school’s small footprint. The facade — a lattice of clear, glazed, and insulated yellow panels that tempers transparency with privacy — and its double-vaulted rolled-zinc roof lend the building a welcoming appearance.

An exterior screen of wax-impregnated pine functions as a subtle security barrier that allows ample natural light to enter the classrooms, all of which face the street. Behind the building is a slide leading from the second level to the playground, where children can ascend the facade via a narrow climbing wall. 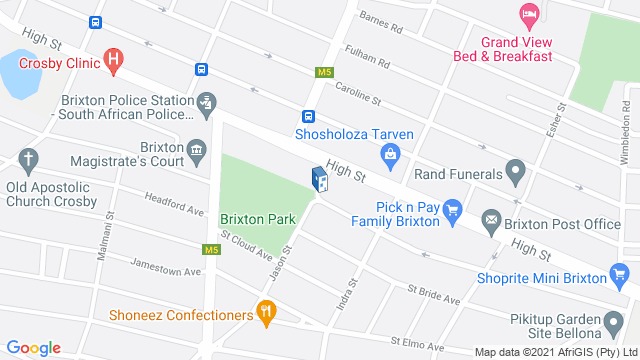 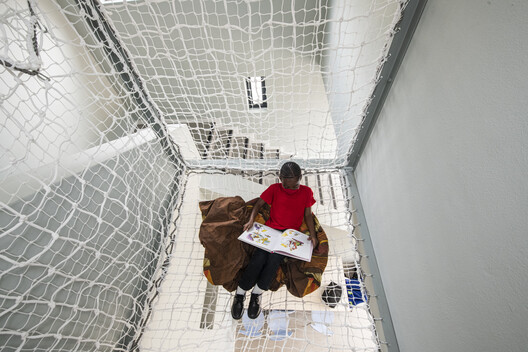 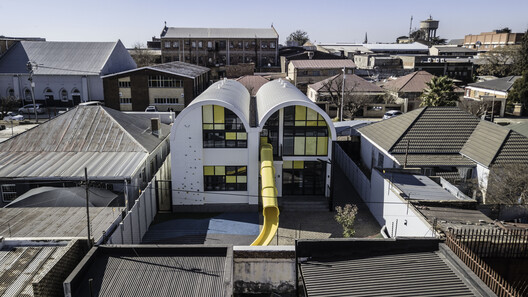