Save
Preschool Ugglan / 3dO arkitekter 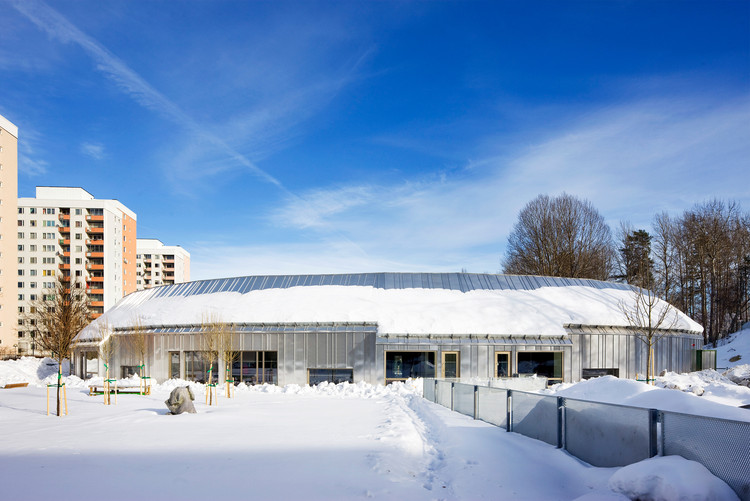 Text description provided by the architects. The preschool Ugglan (the Owl) is situated in Alby, a suburb in southern Stockholm. The project has been initiated as the previous premises burned down during the summer of 2006. The design of this new preschool has a strong emphasis on security, in form of fire, vandalism, and burglary prevention.

The site consists of parkland with a hill to the south. The surrounding houses are 7-15 stories high, Ugglan has been designed as a pavilion to stand in contrast with the surrounding high-rises and their city planning ideal.

The form derives from adapting to the small site, its entry points, and the natural features such as a rock outcrop and the forest while preserving as much land as possible as playgrounds for the children. The low eves in combination with the curved façade and the bay windows help considerably reduce the perception of the scale of the building and to reinforce the impression of a pavilion set in the landscape.

The building is organized around a central courtyard and consists of eight units with each their own play and sleeping area, two studios, a dining room, and administration. The studios and the dining room run across the building from the courtyard to the outer façade, creating views through the entire width of the edifice.

The rooms are arranged according to a hierarchy from shared to "private" and from dirty to clean. The material boundaries clarify the different parts. The constructive parts of the house are shown to the greatest possible extent which gives the children the opportunity to understand how the house is built. That the preschool Ugglan should not be perceived as an institution has been a strong request from the organization and the client. The finishes, shapes, and colors used are therefore different from those usually seen in municipal preschools. Interviews with children have guided the design of the environment.

The facade and the roof are covered with raw aluminum that does not discolor graffiti removal. The courtyard facade is clad in wood. The goal was to create an efficient, beautiful, and in the long-term useful building. 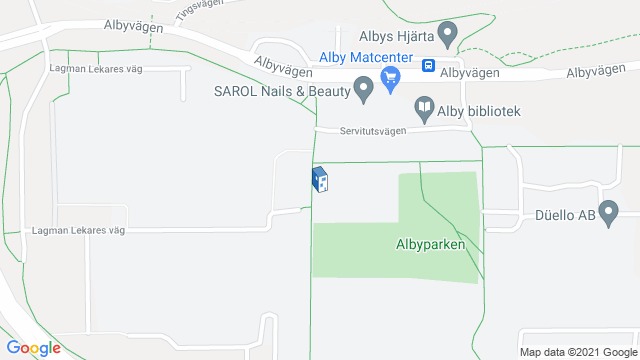 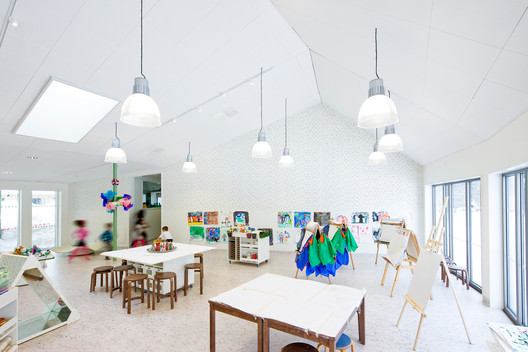 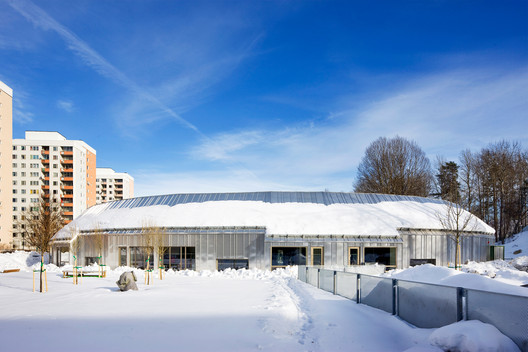