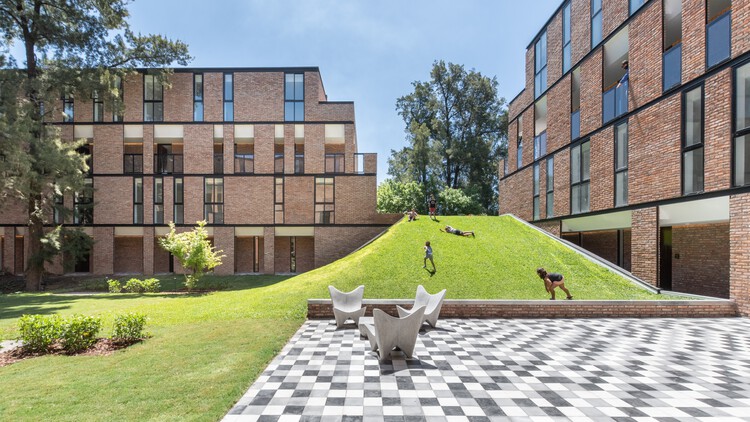 Text description provided by the architects. Located in the metropolitan outskirts of Buenos Aires, COPA is structured around a central cloister and can be accessed by every unit. The dichotomy between private and public space is blurred in this building designed with spaces with varying levels of intimacy.  Architecture can be understood as a socializing artifact that provides spaces for the creation of micro communities. In this sense, collective living and mixed-used buildings, like COPA, are both a stage for and intrinsic to the development of these biological groupings.

New modes of habitation deconstruct the idea of a nuclear family that produces particular types of individuals that know how to respond to given modes of production. These new modes push us to reconsider the meaning of collective housing and community living. Housing should be more than the iteration, with or without modifications, of a sheltering device for supposedly homogenous groups. Rather, the housing comprises everything that is within these, not private, but highly intimate spaces.

The ground floor of COPA is a reinterpretation of a traditional architectural form, the cloister, and is designed following a rigorous modular system that is later used freely to grant movement and character to the building. Although we use a modern vocabulary, esthetic language is vernacular and is what facilitates construction with a local workforce accustomed to this type of work. The standard brick with more or less firing time is used in different ways throughout the work, exploiting its expressive qualities.

Within the cloister, there is a park that integrates the natural vegetation and presents itself as a public space for the inhabitants of the community. The northern corner is dematerialized to allow sunlight to flood the central space, while the topography permits spatial continuity, generating new situations and spatialities. The cloister is a classic architectural form, its components and logic are reconfigured with a modern vocabulary and respond to particular needs. The circulation loggias and each unit open onto the central patio, endowing it with the character of a true public space for encounters between inhabitants.

This organization exploits the particular characteristics of the terrain; COPA is constructed around a large grove of trees and has a mutually beneficial relationship between the preexisting natural forms and those modified by the architecture.  The building is nurtured by the vegetation and, simultaneously, protects it. The landscaping generates an ecosystem that preserves the preexisting species and shelters nesting birds and insects. The added vegetation accompanies this ecosystem and is adapted to local climatic conditions, facilitating maintenance and reducing the consumption of water and chemicals for maintenance. The park contains a composting system and provides organic soil to the community garden, which is located farther in the upper level of the park. The constructive system double walls, dvh glass, isolated subfloor, and covered walkways with eaves, significantly reduces thermal gain in summer months and losses in the winter.

COPA is situated in a segment of the metropolitan area that provides easy access to both highway and the train leading to the city center. These are the most important transportation routes in the region and are used broadly across social sectors. The project understands the reality of a degraded, yet highly connected suburb and offers a way of living between the congestion of the city and the vastness of the sprawling suburban city.

Mid-density buildings that do not generate large conglomerates or generate immense infrastructure costs can provide suburban housing on a private lot for the middle class. The concept is a mid-density city that does not represent an infinite urban stain, with all the accompanying problems of energy consumption, nor an extremely concentrated city that focuses on another class of problems, such as the spread and emergence of disease in high-density populations.

COPA is a disciplinary reflection on contemporary modes of habitation, the role of the periphery and the role of common spaces in the creation of micro communities. 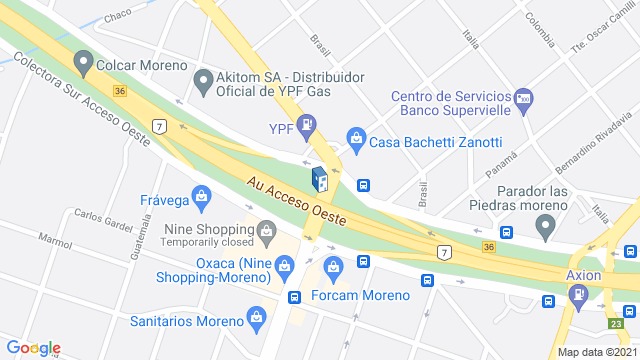 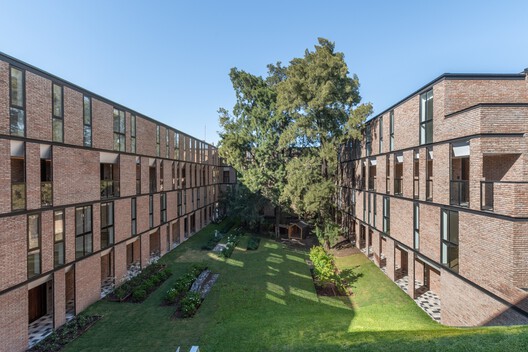