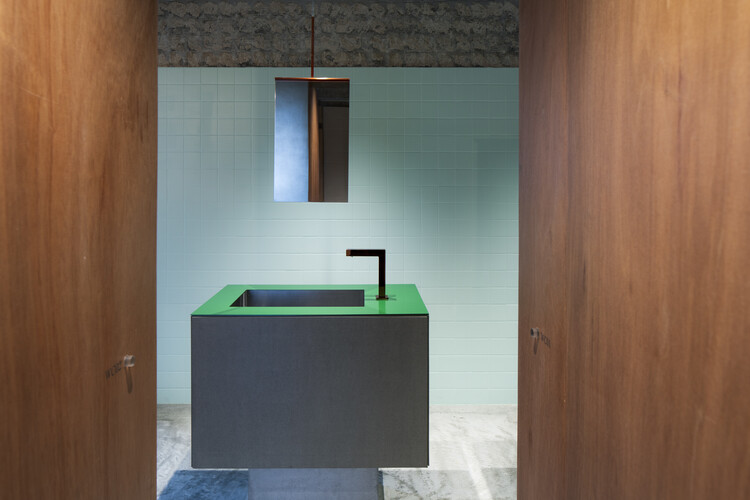 Text description provided by the architects. This project was a women’s toilet design competition for a private high school with nursing education as its central focus. We were asked to use the power of design to renovate a toilet, an enclosed space often found in schools, into a new place. We decided to create a space that was filled with booths by two operations.

The enclosed space filled with toilet booths was transformed into a space created by two operations. One is a planar operation. A single diagonal line is drawn to divide the space in two; the second is a crosssectional operation, 2.3 meters in height from the floor, and I decided to design only the area below the line where the ceiling finish had been applied before the renovation. Each space, divided in plan and section, is divided into a foyer and a toilet booth, and the Robby is gently connected to the common corridor.

Initially, pink was envisioned as the primary color. Still, in the process of creating the space in response to the school’s request, it was decided to use green and gray, which are complementary colors to pink as the base color. The washbasin was newly built. The two are placed side by side in the center of the foyer to create an accessible toilet space. The walls were painted a pale mint green over the existing tiles, and nothing was done above the 2.3- meter line to reveal the frame.

Pale mint green mixed with a unique gray color that reflects the light like a mirrored surface, creating a fascinating space that resembles more of a laboratory than a toilet. In general, women’s toilets have a strong image of cuteness, as represented by the pink color. Still, I believe that this space could express a challenging, future-focused, strong, and beautiful woman. 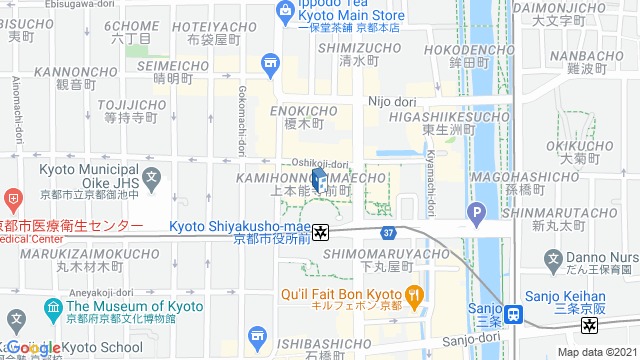 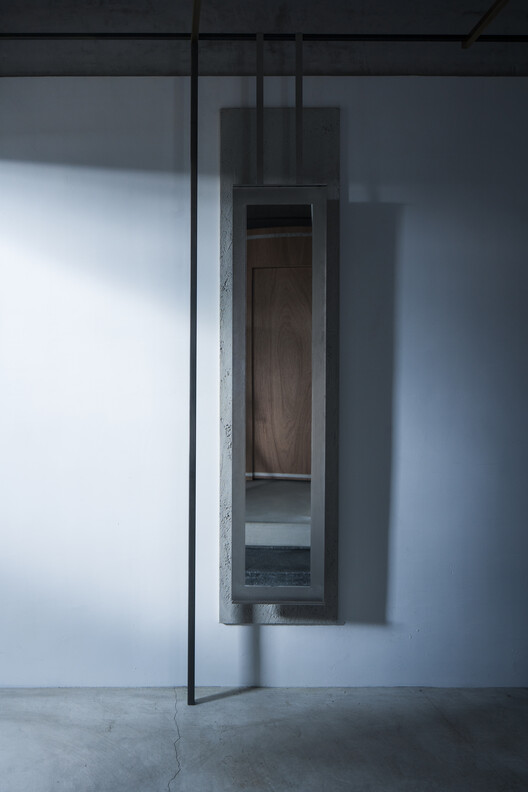