Heritage buildings are precious treasures passed down to us by our ancestors. They are also intangible cultural gifts for all mankind, a discovery of the past. Nevertheless, as time changes, ancient Chinese architecture, either destroyed by the forces of wars or nature, is gradually losing its original glory, making the protection and restoration of ancient buildings an urgent matter in this contemporary world.

A Tribute to the Past

As a relic that records the trajectory of human history, ancient buildings are intangible cultural heritage, built in a specific historical period that reflects the culture of that period or the customs and habits of the region, and have extremely high cultural research value. However, in the process of changes in human society, many ancient buildings with high research value have gone through vicissitudes and lost their original style, which is regrettable.

A Gift for the Future Generations

Ancient building restoration rendering refers to the use of computer software, through three-dimensional modeling, virtual reality, and other technologies and methods, to show the shape, internal structure, and surrounding life scenes of the building in a movie. The restoration rendering of ancient buildings is no longer a static two-dimensional picture but is presented in a more intuitive and three-dimensional way, breaking the history of the use of plane renderings in the architectural display.

For example, the documentary "Old Summer Palace" filmed in 2006 is the first large-scale use of 3D simulation movie animation technology in China, which truly reproduces the magnificent Old Summer Palace. This documentary also created several firsts in three-dimensional technology, such as the first time that field scenes and three-dimensional renderings are well combined in science and education movies.

In 2009, the nearly one-and-a-half-hour-long documentary "Daming Palace" was filmed, and nearly half of the time was completed with special effects, restoring the Tang Chang'an City, Danfeng Gate, Hanyuan Palace, and other things that only exist in history books. According to statistics, this documentary has restored about 500 football fields the size of Daming Palace. It is the first time that China has restored the world's largest brick-wood palace complex.

The Advantages of Using 3D Rendering for Heritage Restoration 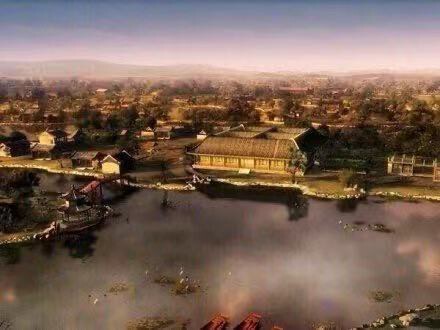