Save
We Are Knitters Store / Mazumdar Bravo 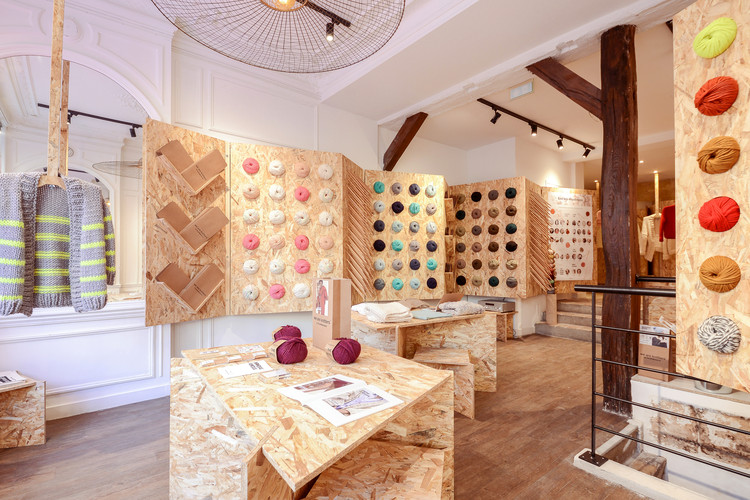 We Are Knitters is a brand that aims to modernise knitting and make the activity fun and accessible for everyone.

Though based in Madrid, We Are Knitters has a global presence through their online store, which caters to customers across Europe and America. This store in Le Marais, Paris was their first real-world outpost, conceived as a way to create a more direct, immersive experience for customers.

The challenge here was to create a space that served all the functions of a traditional haberdashery while injecting a more contemporary shop display sensibility and circulation.

Instead of typical shelves stacked with products, folding perforated wall panels were used, using skeins and needles as protagonists. Loose tables and stools can be moved around and organised to function as product display surfaces or to host knitting workshops, depending on requirements.

Oriented strand boards (OSB) were chosen as the primary material, in line with We Are Knitters' embrace of organic materials and sustainability. The OSB acts as a common backdrop for the store, its natural colour tying in with the brand's recycled cardboard packaging and becoming a natural extension of the brand, at a different scale.

Taking the commitment to sustainability further, the pop-up store was also designed to be nomadic rather than a wasteful, one-off exercise. The sturdy elements that make up the store were designed to be flat-packed, allowing them to be dismantled and reassembled with ease in other locations. Even the boxes in which everything is transported were created with this idea of nomadic retail in mind. We Are Knitters' first pop-up was in Paris, but there are plans to set up shop for a few months at a time in New York, London, Berlin, and Madrid.

In between shops, elements of the nomadic store have found a home in the brand's Madrid headquarters, where the display tables are being used in the meeting room and the display panels greet everyone entering the lobby. 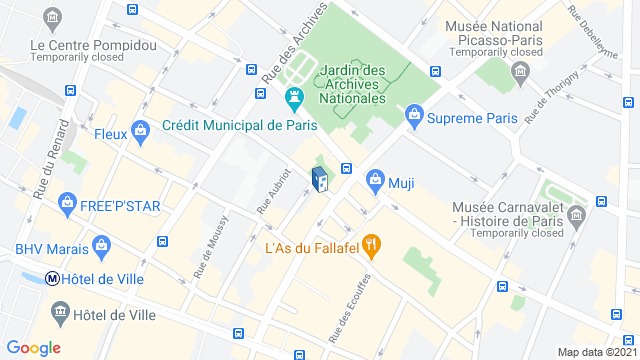 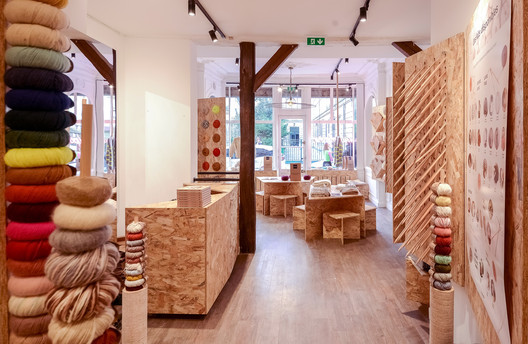