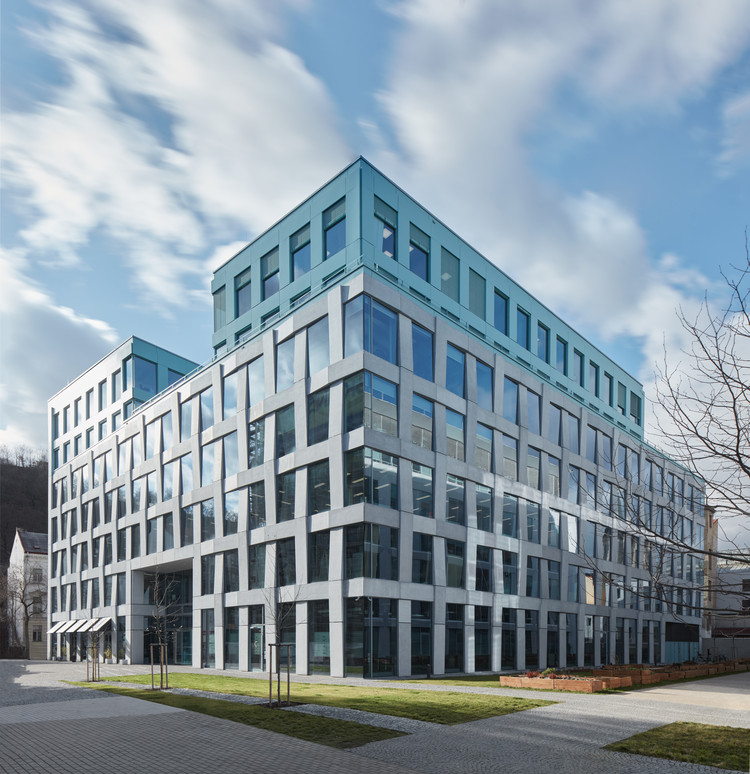 Text description provided by the architects. The Karlín district is becoming a phenomenon of Prague, with little exaggeration small “Silicon Valley”. Top IT companies are looking for new uncommon places for their business in this district. That was the opportunity of our building in the place of the former engineering halls of the Praga factory in Pernerova Street. Praga Studios is part of a complex of three newly designed houses. The complex completes the cross-connection of two of Karlín´s main streets and a new quiet street, cleverly founded in the 1990s by architect Ricardo Bofill, was created.

The well-preserved front wall of the original factory building remains the existence of the first-republic industrial character of the district. Karlín has always looked to the future and to opportunities. It has always been the center of inventors and start-ups in unknown fields. Praga Studios, our office building, stands on the street line and completes a new public space. The plot of land is delimited by a pulsating class, the nearby administrative building on the backside, and a new quiet street, which relieves the oversized street block.

The new building has two underground and seven aboveground floors. The trapezoidal plan recedes in the upper two floors on the eastern side of the building. The main entrance on the eastern side of the new public space is dominated by an elevated hall - atrium. A sober ratio of full and glazed parts is chosen to preserve the urban character of the development. The building facade leaves the rational rhythm of rugged facade modules to the full height.

The façade is artistically linked to the plasticity of the built-up buildings of the past centuries and is thus visually smaller in the street. The architectural and artistic design of the facade follows contemporary expression elements of the industrial character of the site. Glass fibre concrete is a corresponding plastic material, which allows the visual play of lights and shadows. 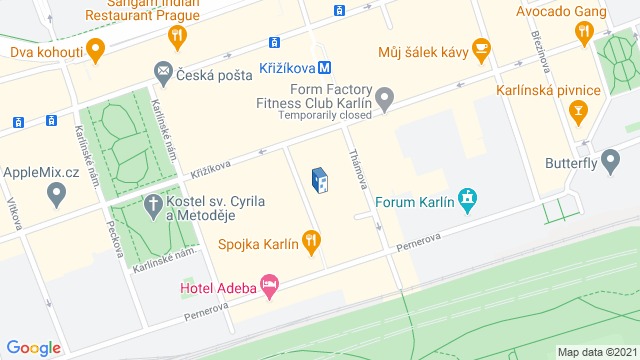 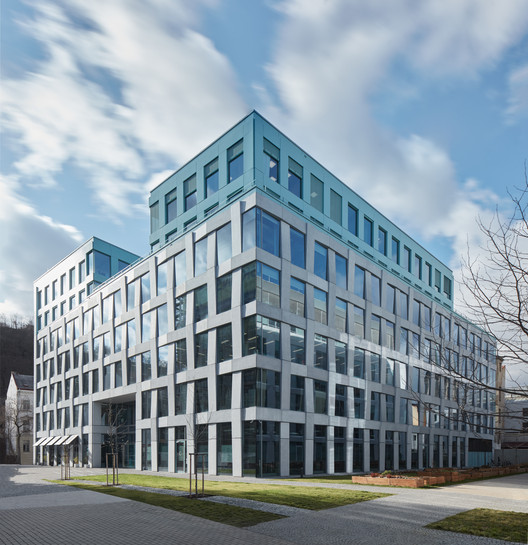