Save
Why Did Luis Barragán Win the Pritzker Prize?
Share
Or
Copy

On March 9, what would have been Luis Barragán's 119th birthday, we commemorate Mexico's most celebrated architect and discuss his winning of the 1980 Pritzker Prize.

"We honor Luis Barragán for his dedication and imaginative achievement within the field of architecture. Throughout his career, he has created gardens, plazas, and fountains of disarming beauty, as well as metaphysical landscapes that prompt meditation and companionship.

A stoical acceptance of solitude as man's fate permeates Barragan's work. Barragan's solitude is cosmic; Mexico is the temporal abode he lovingly accepts. It is for the greater glory of this House that he has created gardens where Man can make peace with himself, and a chapel where his passions and desires may be forgiven and his faith proclaimed. One complements the other. The garden is the myth of the Beginning and the chapel that of the End. For Barragan, House is the form Man gives to his life between both extremes."

Barragán celebrated his win with an acceptance speech given in Dumbarton Oaks, in a 19th century mansion in the Georgetown neighborhood of Washington D.C.

In commencing his speech, he highlighted the importance of beauty, silence, solitude, serenity, happiness, and death.

"I welcome the opportunity to express my admiration for the United States of America, generous patron of the arts and sciences, which—as in so many instances—has transcended its geographical frontiers and purely national interests to confer this high distinction on a son of Mexico, thus recognizing the universality of cultural values and, in particular, those of my native country.

But as no one ever owes all to his own individual effort, it would be ungrateful not to remember all those who throughout my lifetime have contributed to my work with their talents, assistance and encouragement: fellow architects, photographers, writers, journalists, as well as personal friends who have honored me by taking an active interest in my work.

I take this occasion to present some impressions and recollections that, to some extent, sum up the ideology behind my work. In this regard, Mr. Jay Pritzker stated in an announcement to the press with excessive generosity what I consider essential to that ideology: that I had been chosen as the recipient of this prize for having devoted myself to architecture “as a sublime act of poetic imagination.” Consequently, I am only a symbol for all those who have been touched by Beauty.

It is alarming that publications devoted to architecture have banished from their pages the words Beauty, Inspiration, Magic, Spellbound, Enchantment, as well as the concepts of Serenity, Silence, Intimacy and Amazement All these have nestled in my soul, and though I am fully aware that I have not done them complete justice in my work, they have never ceased to be my guiding lights."

Read the full speech given by Luis Barragán [PDF]. 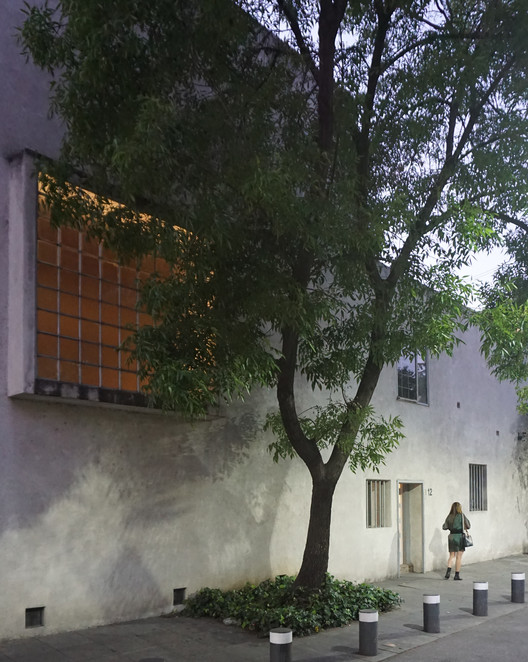