Save
What is Architecture? Thoughts from Yona Friedman, Bogdan & Van Broeck, MAD Architects, and AWP Architecture
Share
Or
Copy

ArchDaily has collaborated with WIA to release every week, 4 of these conversations, and to invite you to take on the challenge and answer these questions. The third article of the series presents the ideas and visions of Yona Friedman, Oana Bogdan, and Leo Van Broeck from Bogdan & Van Broeck, Ma Yansong from MAD Architects, and Alessandra Cianchetta from AWP Architecture.

Check the selection, watch the interviews and answer the 4 "simple" questions below. The most compelling responses will be published in a special editorial, at the end of the series of video-articles for "What is Architecture?"

What is Architecture? Notions from Odile Decq, Snøhetta, Pita & Bloom and Jeffrey Kipnis

“Architecture, buildings without people are ruins.”

“Finding the balance between running a business and doing what we actually like: creating a support for life”.

“Architects have the tendency to regard it as a solution for problems.”

“Architecture is what enables human action, it is like a background, something visible and invisible.” 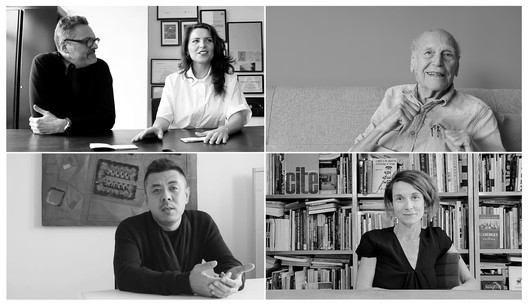