Save
Who Are Lacaton & Vassal? 15 Things to Know About the 2021 Pritzker Architecture Laureates
Share
Or
Copy 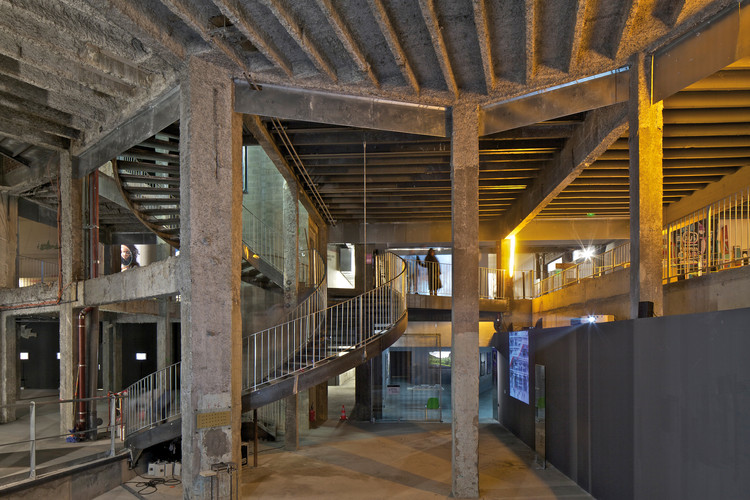 With a formal and material approach that differs from the scenarios we usually find in Architecture, Lacaton & Vassal —a French practice that marks its influence in contemporary times by being awarded the Pritzker Prize 2021— brings an open and generous vision to the field.

Behind an award-winning portfolio of works, Lacaton & Vassal stand out mainly for their efforts in housing projects, not seeing the existing as a problem and always looking with positive eyes. Discover 15 facts behind the French duo’s stories, thoughts, and projects that serve as a great source of inspiration for all those who see architecture as a life-changing tool.

2. Lacaton went on to pursue a Masters in Urban Planning from Bordeaux Montaigne University (1984), while Vassal relocated to Niger, West Africa, to practice urban planning. Lacaton often visited Vassal, and it was there that the genesis of their architectural doctrine began, as they were profoundly influenced by the beauty and humility of sparing resources within the country’s desert landscapes.

“Niger is one of the poorest countries in the world, and the people are so incredible, so generous, doing nearly everything with nothing, finding resources all the time, but with optimism, full of poetry and inventiveness. It was really a second school of architecture,” recalls Vassal.

According to Lacaton, back in 2003 in Oris - nº 24, they were shocked when they first arrived in Niger, since there was no architecture in its taught sense. To see very simple and basic houses with straw roofs and earth construction was "like an earthquake in the mind". She adds that, after some months they were completely free of what they had learnt and started to observe and analyse the details and how people lived in this context, absorbing examples that changed their architectural concepts.

3. In Niamey, Niger, Lacaton and Vassal built their first joint project, a straw hut, constructed with locally sourced bush branches, which yielded surprising impermanence, relenting to the wind within two years of completion. They vowed to never demolish what could be redeemed and instead, make sustainable what already exists, thereby extending through addition, respecting the luxury of simplicity, and proposing new possibilities.

4. They established Lacaton & Vassal in Paris (1987), and have since demonstrated boldness through their design of new buildings and transformative projects. For over three decades, they have designed private and social housing, cultural and academic institutions, public space, and urban strategies. The duo’s architecture reflects their advocacy of social justice and sustainability, by prioritizing a generosity of space and freedom of use through economical and ecological materials.

5. Lacaton & Vassal develops a project from inside to outside. The studio tries to imagine how people are going to move and live in the space. Offering answers to the kind of interior and exterior relationships they want to establish, such as "if you want to see or not, if you want to be seen or not", for the creative couple, the façade and its materials come often at the very end of the projectual process.

6. As Andrew Ayers writes in The Architectural Review N°1463 (2019), “The duo’s mental archive includes the acclimatisation glasshouses of 19th-century botanic gardens, which suggest all possibilities inherent in the intermediary spaces that are a hallmark of their oeuvre”. This statement highlights one of the duo’s main inspirational sources, to provide physical and emotional wellbeing.The Latapie House in Floirac, France (1993) was the first project they worked on after coming back from Niger. It was also the first intervention where greenhouse technologies to create bioclimatic conditions were applied. Lacaton & Vassal used the sun, in harmony with natural ventilation, solar shading and insulation, to create adjustable and desirable microclimates.

“From very early on, we studied the greenhouses of botanic gardens with their impressive fragile plants, the beautiful light and transparency, and ability to simply transform the outdoor climate. It’s an atmosphere and a feeling, and we were interested in bringing that delicacy to architecture,” shares Lacaton.

7. Through both new construction and the transformation of buildings, honoring the pre-existing is authentic to their work. A private residence in Cap Ferret, France (1998) was built on an undeveloped plot along Arcachon Bay, with the goal of minimal disruption to the natural environment. Rather than remove the 46 trees on the site, the architects nurtured the native vegetation, elevating the home and constructing around the trunks that intersected it, allowing occupants to live among the plant life.

Lacaton explains, “the pre-existing has value if you take the time and effort to look at it carefully. In fact, it’s a question of observation, of approaching a place with fresh eyes, attention and precision… to understand the values and the lacks, and to see how we can change the situation while keeping all the values of what is already there.”

8. In an interview with Ioana Zacharias Vultur in Zeppelin n°148 (2019), Anne Lacaton talks about how cinematography influenced their work. She explains that: “The film director builds his movie upon ‘a series of micro-sequences’ and there is always ‘movement’: each sequence creates spaces. These sequences do not have in general a spatial continuity in reality or the real proximity. It is the montage work, which creates unity, which fabricates a place, composed of all those sequences. Actually there are ‘fragments of space’, and the conception of the project is the assembly and the way we pass from one fragment to the other, how we create joints, thresholds. For us it is “the production of space” and architecture."

9. Most known as one of the inventors of a new approach to conceiving social housing, According to Anne Lacaton, social housing "shouldn't constitute a specific category", since "working in the context of subsidized operations doesn't require one to change his own way of thinking and of imagining the best possible living conditions for the people".

10. Throughout their careers, the architects have rejected city plans calling for the demolition of social housing, focusing instead on designing from the inside out to prioritize the welfare of a building’s inhabitants and their unanimous desires for larger spaces. Alongside Frédéric Druot and Christophe Hutin, Lacaton & Vassal transformed 530 units within three buildings at Grand Parc in Bordeaux, France (2017) to upgrade technical functions but more notably, to add generous flexible spaces to each unit without displacing its residents during construction, and while maintaining rent stability for the occupants.

“We never see the existing as a problem. We look with positive eyes because there is an opportunity of doing more with what we already have,” states Lacaton. “We went to places where buildings would have been demolished and we met people, families who were attached to their housing, even if the situation was not the best. They were most often opposed to the demolition because they wished to stay in their neighborhood. It’s a question of kindness,” continues Vassal.

This innovative renovation of three large blocks of social housing has been awarded with the 2019 European Union Prize for Contemporary Architecture – Mies van der Rohe Award. The building was praised for “radically improving the space and quality of life of its occupants” and for optimizing their economic and environmental cost of living.

11. Both architects are also active in the field of Architecture education. Lacaton has been an associate professor of Architecture and Design at the Swiss Federal Institute of Technology ETH Zurich since 2017, and she has been a visiting professor across other universities in Europe and the USA. Vassal has been an associate professor at Universität der Künste Berlin since 2012 and has previously taught at other universities in Germany and France, including his alma mater. Together, they have held visiting professorships in Italy, France and Switzerland.

Anne Lacaton has mentioned that she uses a design method with her students based on building up a collection of fragments of spaces. In fact, “each fragment speaks to a quality of the space: usage, relation with other spaces, atmospheres, sensations”.

13. Part of the refinement of Lacaton & Vassal projects lies in their choice of materials, the approach they bring to their decisions, and the research they produce on this topic. “For us it is not a matter of cheap and expensive material. Material is interesting or not'', stated Lacaton before. In the same interview she presents the example of the Latapie House where they didn't try at the beginning to find just a cheap material but the one that would completely go along with their intentions. In this case, the plastic material was selected since it gives the ability to have very large transparent roofs and walls, with few structures, because it's very light and economical. Another example of their approach on researching materials takes us to 2002 when they proposed new uses for ceramic ware in the building trade. The project involved the creation of porcelain components for overlaying structural elements in steel, thus protecting them against fire.

14 - In 2018, Lacaton & Vassal were part of the16th International Architecture Exhibition, La Biennale di Venezia, by occupying a room in the Central Pavilion, curated by Grafton Architects - the 2020 Pritzker Prize laureates. Called “Freedom of Use” the exhibition was a “dig deep into each project to find a new understanding, a way to release latent, undiscovered components, so that each project is refreshingly inventive, simultaneously joyful and serious. (...) For them, generosity of space, freedom of use and economy are inseparable values” as we can see on the video below. 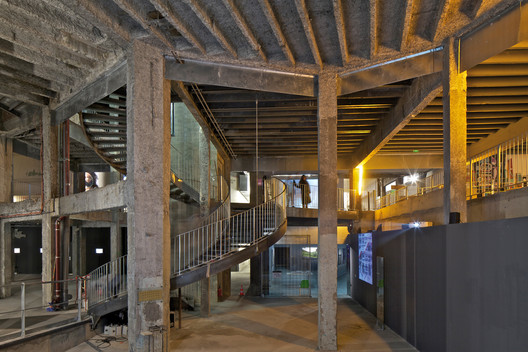