French studio Lacaton & Vassal and Chilean studio UMWELT have been revealed as the recipients of the 2016 Lisbon Architecture Triennale's Lifetime Achievement Award and Début Award, respectively. An award ceremony will take place on the 15th November 2016 at the Centro Cultural de Belém (CCB), followed by a conference convened by Anne Lacaton and Jean-Philippe Vassal.

The Lisbon Architecture Triennial's Millennium bcp Lifetime Achievement Award "distinguishes the individual or studio whose work and ideas have influenced and continue to have a great impact on current architectural practices and discourse." Selected by an international jury of architects, writers and curators—including Andres Lepik, Bijoy Jain, Cecilia Puga, Jorge Figueira, Juan Herreros, and Niall Hobhouse—the practice will receive a specially commissioned artwork by José Pedro Croft, the artist representing Portugal at the 2017 Venice Art Biennale. 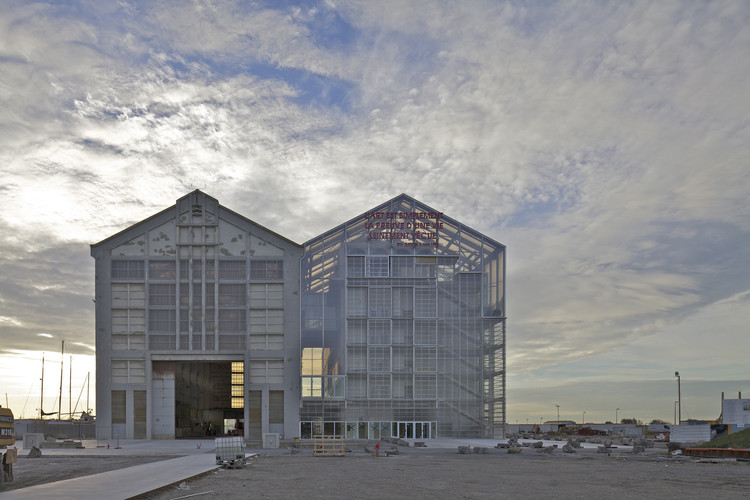 José Mateus, President of the Triennale, has said that “the work of Lacaton & Vassal has reached worldwide recognition for its relevance as well as uniqueness. From small projects marked by the questioning of typologies and materials used outside of their conventional field, to the clever re-invention of pre-existing architectures, their body of work is an extraordinary example of the capacity of transformation that architecture can achieve."

Founded in Paris by Anne Lacaton and Jean-Philippe Vassal, the studio is internationally recognized for its sustainable reuse of existent resources and structures as well as for a series of careful rehabilitation schemes. Their most notable projects include the Palais de Tokyo in Paris, the School of Architecture in Nantes, and Cité Manifeste in Mulhouse. Previous Lifetime Achievement Awards have been bestowed upon Italian architect Vittorio Gregotti (2007), Portuguese architect Álvaro Siza Vieira (2010), and British theorist and historian Kenneth Frampton (2013).

The Millennium bcp Début Award, now in its second year (having been previously awarded in 2013 to American architect Jimenez Lai), aims to recognize the work and promote the career of new generations of architects and studios under the age of 35. The jury—including André Tavares (co-curator of the The Form of Form, the 2016 Triennale), Fernanda Bárbara, Luís Santiago Baptista, Margarita Jover, Mimi Zeiger, Tetsuo Kondo, and Tim Abrahams—evaluated more than 140 applications from across the world before reaching their decision.

For Tavares, "the body of work already done by this promising duo combines built projects with highly relevant research work. There are links to be found between their critical look at the landscape and territory, as well as a very strong connection between their conceptual thinking and the realization of their projects. Thought and rigor of construction drive the renovation of the formal imagery of architecture in their projects." Founded in 2011 by Ignacio Garcia Partarrieu (1984) and Arturo Scheidegger (1983), the studio "develops research and design projects at different scales" and has exhibited widely. They will receive a prize of €5000.