If you attended architecture or design school, there’s probably something you noticed about your fellow classmates- a majority of them were female. And if you have been working in the world of design for a few years, there’s probably something else you’ve noticed as well- that there are fewer women in leadership positions than men. There’s a crisis that architecture has been facing ever since the profession has existed, and it’s that women in leave architecture in high numbers. But what is causing this, and what steps are being taken to ensure that some of design’s best champions positioned to become future industry leaders?

Analyzing the problem lies in looking at the career pipeline for women in architecture. At a surface level, the problem seems to have an obvious solution. If you want more women to be architects then recruit more women to enroll in architecture school. However, recent NCARB reports have found that nearly half of architecture school students are females, meaning that the real issue is somewhere between graduation and earning a senior position in the design profession. To narrow that gap even further, data from NCARB shows that nearly 2 in 5 women (similar to the number of architecture school enrollees) are licensed. On top of that, women complete licensure requirements more than one year faster than men. This means that they complete both the AXP hours and pass ARE examinations, earning their licenses, and positioning themselves for better workplace opportunities and promotions. But this data doesn’t reflect the reality that women face.

Why is there a drop off of women in architecture after licensure? This question can be explored in two parts. The first is that there is still a stigma that swirls in the architecture industry- it feels like a male-dominated profession. Men are often the ones who hold positions of power and make decisions, giving agency to other men to hold those positions and creating a repeated system where women are oftentimes excluded from the conversations. The glamorized imagery of architecture being a Mad Men-esque profession that’s only elevated further by the architects we study in school and still celebrate today means that there’s little room left to celebrate the women pioneers in our profession. When Robert Venturi won the Pritzker Prize in 1991, some advocates took note that Denise Scott Brown, his design partner, and wife, wasn’t recognized. 30 years later, there’s still a petition to have her included in architecture’s most prestigious award, a cause even supported by Venturi himself.

The second part of the problem comes from the traditional roles that women in professional settings are expected to uphold, regardless of personal preference and more modernized beliefs. In 2018, the San Fransisco chapter of the AIA’s Equity by Design initiative sought to address issues that women face in their careers in order to enhance retention and promotion in the design profession. From the more than 14,000 respondents, the survey found that female architects are earning less and that they hold fewer leadership positions. Many mothers felt that they had lost out on career advancement opportunities for the time spent taking care of families. More women also felt that their work and contributions didn’t make a difference, compared to their male counterparts. There were also assumptions that women would in general, leave the profession to become homemakers, that they lacked creativity, and would be unable to demand respect on construction sites- rather archaic statements especially given the empowerment movements on the rise today. It’s also important to note that there have been two major recessions in the last 15 years- large causes for women who lose their jobs to be forced into domestic roles and take long periods of time to re-enter the workforce, especially in architecture which parallels the ebbs and flows of economic conditions.

The factors to make a change comes down to a few things. As mentioned, there are multiple movements to bring women to the forefront of the profession and recognize their accomplishments- both past and present. Also, in one of the few silver linings of life after the COVID-19 pandemic, women might benefit from the long-term implications of the future of how we work. With productivity levels remaining high even a year into working from home, hybrid work schedules could become a permanent reality that will benefit women. There will be less undeserved guilt around leaving the workplace at a certain time for family activities if more time is spent working from home. With the line between work and life becoming more blurred, and the increased ability to reduce travel times, women might feel like they don’t have to make the choice between caring for children and being a working professional- they can take on both. Gender equality in the architectural profession has a long way to go before any of these problems are solved, but bringing awareness to them is the first step. 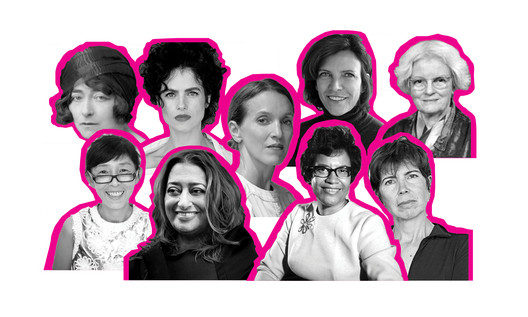