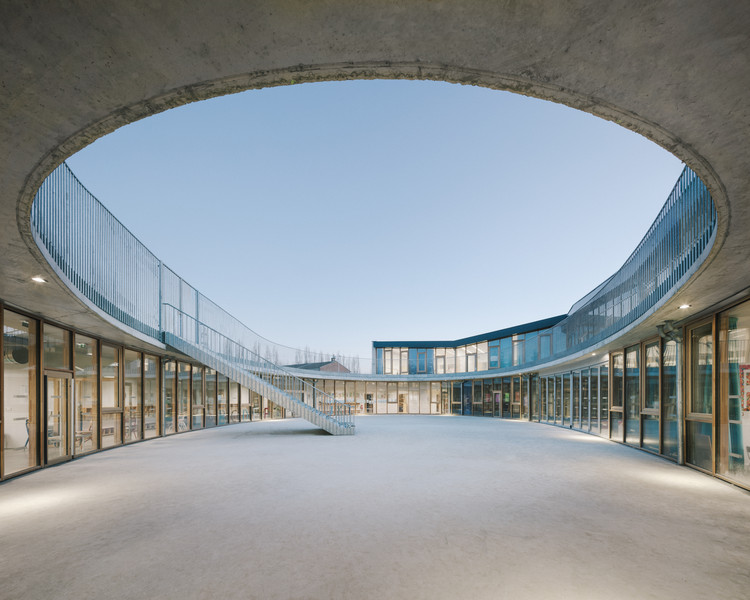 Text description provided by the architects. The Jean Rostand school is located in the heart of the Epine district, south of Hellemmes. The neighbourhood was primarily designed for railway workers in the seventies. Cornered between beltways and railroads, it is quite unknown to Lille’s inhabitants. There is a lot at stake for the municipality to promote such a project. The new school complex is indeed meant to unload the whole city of Hellemmes and support the district’s renewal. The school complex hosts 5 preschool classes, 8 primary school classes, and a lunchroom. It can receive about 360 children in total.

In addition to being an educational space, the school complex is a major public facility. It comprises multiple functions for communal activities. The goal is to open the school both to the children and the city. The two-story school building is designed to fit in the existing typologies of the surrounding houses. It fills in less than half of the site, in order to preserve as much open ground as possible. It is aligned to the site edge and completes the block typology as much as it preserves the city garden.

The project creates a dialogue with its environment both on the street and garden facades. The urban side of the project showcases a brick façade which provides intimacy for the classrooms and plays with the neighbourhood materiality. The garden side is entirely opened through large windows and wooden frames. It can benefit from the landscape intimacy created by the vegetation. The randomly distributed brick façade renews in a contemporary and unique way the use of this material which is of the essence for the neighbourhood materiality. The use of raw materials: concrete on the ground floor and wood on the first floor, communicates the structure of the project with its users. The shape and materiality of the project make it relevant in the unique context of a mutating neighbourhood, still strong with a local identity.

The designed spaces all aim for being invested. The general conception idea is to create use-value for rooms that could be overlooked as secondary. The canteen space can become a spare room: for example, the extension of a classroom for some small group activities… Multiple uses can be defined within one space, each room can host several functions. The building should be as open and flexible to its users as can be.

The school is no longer only a public facility. It becomes a village dedicated and scaled for children, with its central square (the playground), its gathering spaces (multipurpose room, motricity space), its restaurant, its library, its parc, its sports ground, and its inhabitant houses: the classrooms. The classrooms are mineral slabs, supporting school lodges and passageways. The school becomes a two layers territory, enabling free movement for its pupils and educational experimenting.

The building performances are the ones of the PASSIVHAUS German label. This means high expectations regarding energy consumption, materials quality, summer comfort, and visual, acoustic, and olfactory comfort. The project aims to be very modern to its users’ comfort: children, teachers, workers, parents, and moreover Hellemmes community as a whole. It responds to an environmentally and socially conscious approach, by taking into account the global cost of the project for the city. 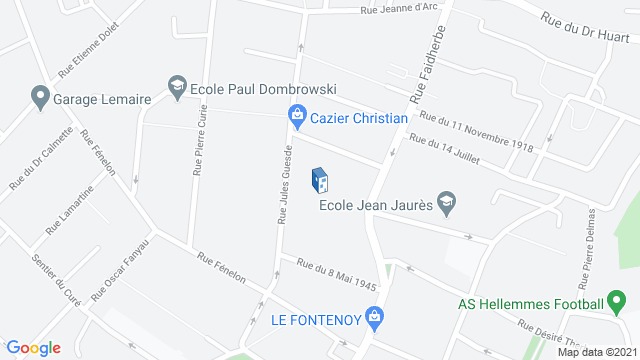 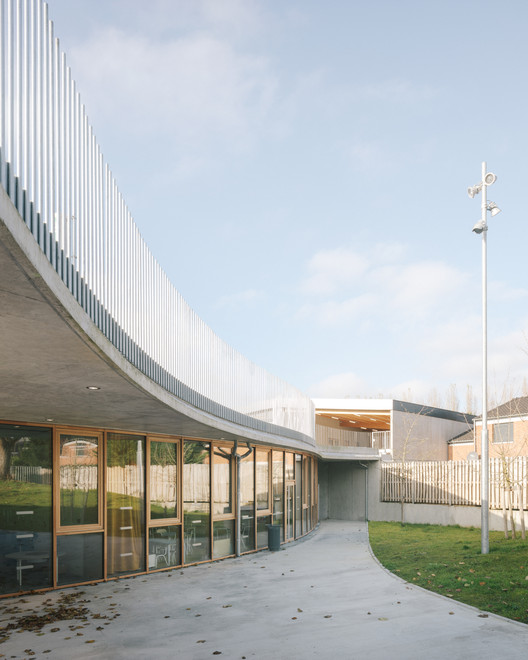