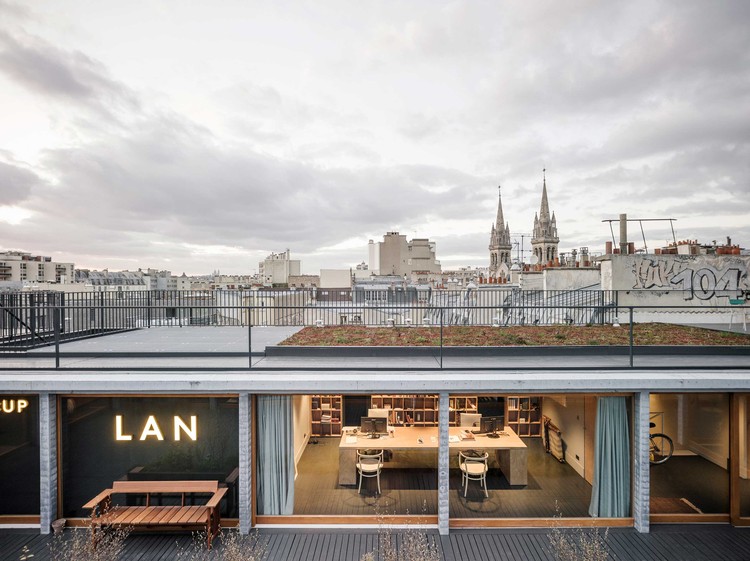 47 Rue Popincourt. LAN has just delivered its own agency. The construction site lasted more than a year and is located at 47 rue Popincourt in a district of Paris in the midst of urban renewal. The ambition of this project is that of bringing about a change in the agency’s practice, starting with the premises and extending to the modernization of work and creation tools. The partial rehabilitation and transformation of a parking‑garage lot and its elevation by a wooden construction became a unique opportunity to question the way of working of LAN, and more broadly that of the architect today, in order to eventually make it evolve.

All the themes dear to the agency’s work were addressed: densification, urban integration, the creation of an evolving environment, taking into account all scales, from the city to the tableware, from working with materials to designing furniture and specific environments.

Rehabilitation, extension, uses. The demonstration of the flexibility of the parking‑garage typology is very clear here: with the simple renovation of a staircase and the installation of an elevator, the change of destination was effective, and in a very short time, each floor found its taker: a supermarket on the ground floor, a coworking space on the 1st floor, two architecture agencies on the 2nd and another on the 3rd.

Each part of the building was renovated and fitted out by its new occupant. LAN’s own space extends from the 3rd to the 5th floor of the building. While the lower floor has been treated in the most neutral way possible in order to allow adaptation for future needs, the real project of the agency is developed on the 4th and 5th floor and takes the form of an architecture superimposed on the building.

The part of the building built in 1985 was demolished (except for the floor and the peripheral walls) to make way for the new project on two levels: the design of the first follows the logic of the space served and the space used, it is a plateau bordered by functional spaces that allow the reconfiguration of the void. The second is a peristyle around a patio, crowned by a roof‑garden.

New climates. Architecture firms are not escaping the fundamental change that characterizes the business world today: the transition from individual to collaborative work.

Collaboration is no longer practiced in a place designed for this purpose, but constantly and everywhere in society. Corridors, kitchens, shared offices, via connected tools such as the internet or smart phones, are all places conducive to collaboration that has become spontaneous and informal. By combining data accessibility, new technologies, and innovative equipment, the workspace extends its limits.

The project finds its essence in this observation: from hierarchical spaces to decompartmentalized open spaces, we have moved on to informal spaces favouring encounters and interactions. While Taylor was rationalizing, Google is now measuring the coffee machine’s queue to maximize employee interactions.

While we still had “slow” buildings, not very adaptable but representing the company’s prestige, entrepreneurial communities are rejecting the hierarchy of the employee hierarchy and appropriating their coworking spaces.

These informal workspaces are developing at all levels. They can materialize through the creation of large outdoor terraces, loggias, or double-height indoor spaces. Whatever its typology, the project makes it possible to place it at the center of the program, open to the city. 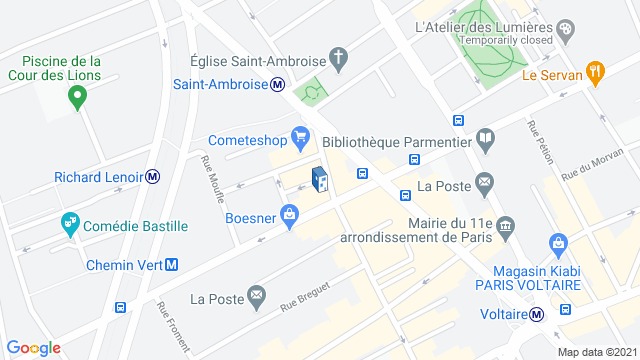