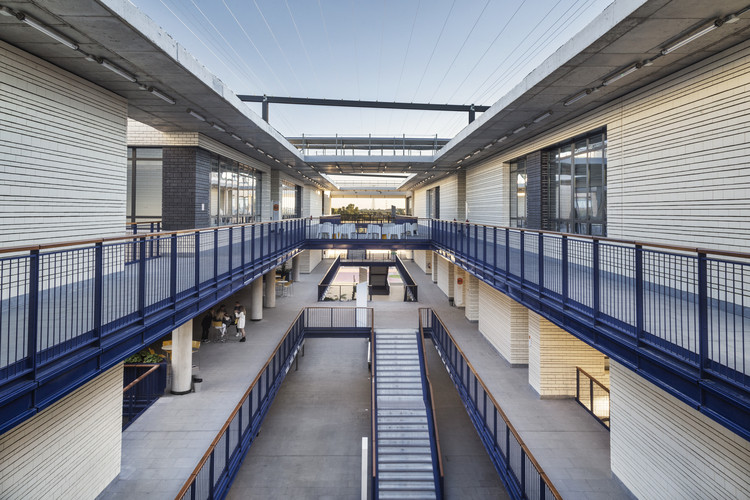 Text description provided by the architects. Located in Seville, the Loyola University Campus is the world's first 5G campus: technological, accessible, sustainable, integrated and responsible. A project at the forefront of the educational and architectural field of the 21st century.

As a first approach to the design, luis vidal + arquitectos carried out a detailed analysis of the site and the program. Given the aggressive weather conditions in Seville, where the thermometer reaches high temperatures, special attention was paid to controlling the exposure to sunlight. This conditioning factor, a priori a problem, was understood as the opportunity to give the campus a shape and an identity based on local architecture and developed with cutting-edge technology.

Deeply inspired by Andalusian squares and courtyards, the project consists of a sequence of open and closed spaces in which self-shading is reached through a careful study of the volumes. Hand in hand with tradition, the project makes use of the lessons learned in T2 at Heathrow Airport and incorporates textile technology, designing an external element, “the sail”, which controls the light that penetrates the buildings.

The idea of community, the need for flexibility and the commitment to sustainability are the three pillars on which the project is based.

On the one hand, the community is promoted and fostered by the architectural scheme itself, organized in two axes, the longitudinal (the axis of knowledge), where the administration area, the cafeteria, laboratories and classrooms are located, and the transversal (the human axis), which houses the library and the chapel. The intersection of both axes generates a square that is understood as the heart of the project: a place for meeting and sharing, a catalyst for ideas and learning.

On the other hand, the campus is designed as a tailor-made suit that adapts to the needs of the University: it has the ability to grow or change according to the requirements of each moment thanks to a concentration strategy. This strategy consists of locating all the common spaces and the initial classroom program in a single building built in the first phase, establishing the guidelines for the repetition of the classroom piece on demand in later phases.

Finally, the commitment to sustainability, an intrinsic value of luis vidal + arquitectos and part of its DNA, is translated into a comprehensive design that sews the entire scheme together and unifies it: thus, every aspect of the project, from the idea to its exterior appearance, through its position on the plot, its shapes or its spatiality, is designed for the sake of greater savings and maximum energy efficiency. 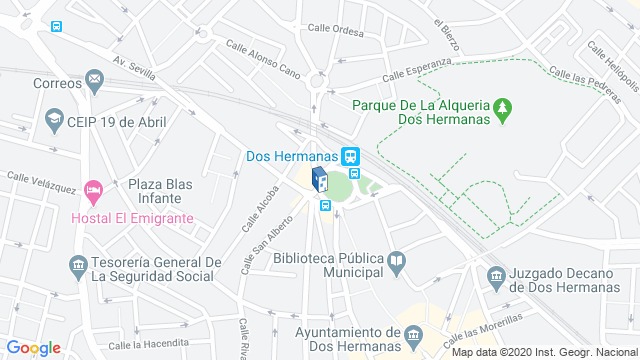